I first met Terry on the ACFW members' loop, and we quickly became friends. Then I was privileged to give endoresements for a couple of his books. On the featured book, the publisher even used my endorsement on the cover. When I was young, I read Louis L'Amour, and I really enjoy a good, clean western. Terry writes them with a fresh voice. 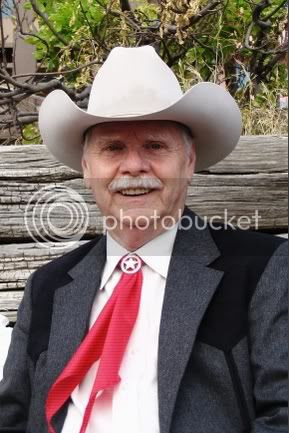 Terry, tell us how much of yourself you write into your characters.

We can't help but write ourselves into our characters. Even when we're trying to do otherwise we see the character that we're trying to write through the eyes of our own memories and experiences. To write someone far from what we perceive as our own nature we either delve into our dark side, the place we never go, or we take things from our good nature and see what would happen if we reverse them. I believe if we aren't writing out of our own emotions and experience the danger is great of it taking on the tone of an impartial observer.

I used to put on the West of the Pecos Rodeo. When I climbed on the back of a 2000 pound Brahma bull in response to a bet with the stock producer it was either the quirkiest or the dumbest thing I ever did.

I don't want to call you dumb, Terry, but I wouldn't call that the smartest thing you've every done. When did you first discover that you were a writer?

I've written all my life. I was first published while in high school, but in 27 years of chamber of commerce work, it pretty much ate up all of my words. It was only ten years or so ago that I was able to start writing what I really wanted to write.

I've loved westerns since I was a kid so it was natural for me to start writing them. Since I have very strong faith and wanted it to show in my writing I turned to inspirational, not so much westerns as inspirational stories set in the late 1800's. I also write in other areas and genres and I try to read whatever I'm trying to write at the time. I don't read much literary fiction because I don't have the patience for it. Mostly I want to read something that will hold my interest because if I lose interest and put a book down the chances are I won't pick it up again. I also want to read something that will stir emotions in me, laugh, cry, anger, sadness; just make me feel something real. 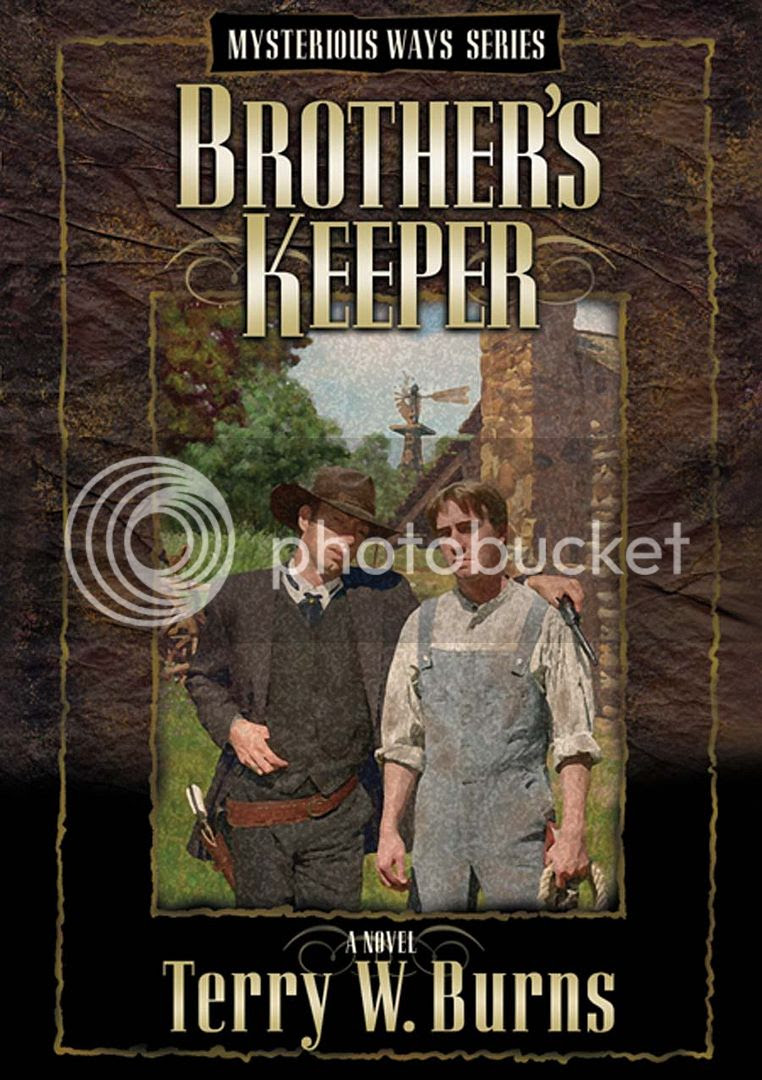 Brothers Keeper is the second book of a three book series from River Oak. The first title, Mysterious Ways came out last year, and the third, The Shepherd's Son will be out in September. Trails of the Dime Novel is a YA book from Echelon Press. I have two books from The Fiction Works, To Keep a Promise, and Don't I know You? I have stories in a half dozen short story collections, a small self published book of cowboy poetry entitled Cowboys Don't Read Poetry, and four nonfiction titles that are now out of print. Toss in one audiobook of the Dime Novel and it gives me 18 publication credits of one venue or another. I've also done over 200 articles and short stories, written a newspaper column for 17 years, and serve on the editorial board of a national business publication.

That's quite a list of accomplishments. How do you keep your sanity in our run, run, run world?

Earlier in my life I'm not sure I did keep my sanity. Now it's easy, I don't run, run, run. I've reached a point in my life where I do things as I get to them and I don't worry about what's on my to do list until I get down to it. That's the essence of life, you know, working down our list. It's an endless task because the list is eternal. Even when we cash in our chips, somebody has to finish what's left of our list, along with the task of planting us, but the list goes on.

Wise words. How do you choose your characters’ names?

I can't ever remember choosing a character's name. Once I start visualizing them and figuring out who they are, the names just come to me. It's as if they tell them to me. I have misunderstood them before and put another handle on them. I had to go back and change it when I discovered it was wrong and they didn't seem to be answering to it.

I have had characters refuse to accept the name I gave them, too. What is the accomplishment that you are most proud of?

Raising two fine kids, they're the center of my life. Saundra and I have 5 together now and expecting a call any minute now to go attend the birth of our 10th grandchild while planning to attend the wedding of our oldest granddaughter in November. But if you're asking about something writing related it would have to be that small number of letters that I've gotten saying some of my writing had profoundly impacted somebody's life or their walk of faith. Success in writing for a secular writer is usually quantified in number of sales, or in awards the books has won. Those are nice, but for a Christian writer if they only sold one book and it affected someone's life they'd consider themselves a success. I have one lady who has bought over 30 copies of Mysterious Ways to give to unsaved friends, and a couple of prison inmates who said the same books had sent them down a different path. Whatever else may or may not happen with my writing, I believe those responses are the reason God called me to write, regardless what else may be in store for me in the future.

Let's move on to something a little more fun. If you were an animal, which one would you be, and why?

I had a good friend growing up that was a full blood Navajo. His father was a tracklayer for the Santa Fe railroad. We became blood brothers at an early age and though we long ago lost track of each other I still think of him often. Part of the ceremony his father did everybody is familiar with, the mingling of blood, but it also entailed giving me a spirit animal. I wanted something like a lion or bear or something neat like that, but I was given the mockingbird. He said it was because I sang a bright happy song of an endless variety. I later decided he was talking about my stories, and I hope I'll always be able to tell stories people enjoy with that happy variety.

I love that story. What is your favorite food?

A man after my own heart. One of my sons-in-law used to work for Blue Bell. He kept my freezer stocked. They have lots of wonderful flavors, but their Homemade Vanilla can't be beat.
Thank you for sharing with us, Terry. I look forward to seeing you and Saundra at the ACFW national convention in Dalls in September.
Posted by Lena Nelson Dooley at 1:21 PM

Great job , Lena, I really enjoyed doing it with you. Feel like I ought to add that since we did the interview that new grandbaby, Sean Michael, made his appearance and he's a dandy. Thanks for taking time to visit with me.

Ooo, books like Louis L'Amour. Hmm, now I have a gift idea for my father-in-law. He's a HUGE Louis L'Amour fan. I'll have to pick up one of Terry's books to send him.

I enjoyed this! Thanks, Terry, for sharing with us. And my dad was thrilled to get your book!

I loved the interview, but then again I always get a good chuckle or insight from Terry's posts to ACFW's main loop. My husband is a Louis L'Amour fan too, so it's past time to introduce him to your work, Terry. I'm not sure why it took me this long to realize it--except I keep him pretty busy these days reading my work. LOL

I read Mysterious Ways and enjoyed it. I am looking forward to getting the next in the series. I love westerns and am in the process (long process) of writing one.
Good interview. Really liked the part of the Mockingbird.

I just loved Terry's book, Mysterious Ways! I met him and Saundra in Nashville and they are a special couple. I would love to win My Brother's Keeper so that I can enjoy this second book. Besides, I love westerns or anything about the west.

Sound like a good books! I will have to look into them! Great interview!