Another of my Favorite People - Linda Windsor

Linda and I were longtime, online friends before we ever met. Now we're sisters of the heart. I love her humor and quirky way of looking at things. If you haven't read her any of her Moonstruck series, rush out and buy the first two in the series Paper Moon and Fiesta Moon. Although each book will stand alone, you'll want to read them in order, and when you've read one, you'll have to read them all. Linda is giving away an autographed copy to a winner chosen from the people who leave comments on the interview. You might win a copy of the third book in the series Blue Moon. 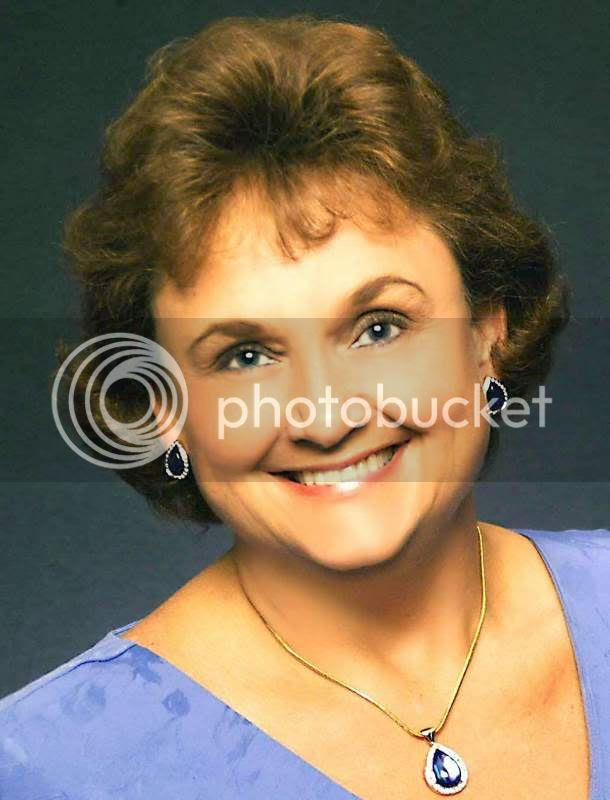 Look at this beautiful picture of Linda. I'm afraid it hides her fun, quirky side from you. Tell us how much of yourself you write into your characters, Linda.

Most of my characters have my sense of humor, knack for misadventure, and my tendency to question God on occasion and/or complain a bit. Sometimes God and I aren’t always in sync on things
Posted by Lena Nelson Dooley at 11:18 AM

What a fun interview, Linda! I loved all your books so far. My favorite (I think!) is the one on a cruise ship. :)

I enjoyed your interview, Lena. Linda is one of my favorite people. I only see her at our conferences, but I've grown to appreciate her--as I appreciate you, Lena.

Linda and Lena, thanks for the wonderful interview! Linda your books are among my favorites! :-)

Many blessings to you both,
Shauna

Another great interview! I would love to enter.

Thank you for the great interview Linda & Lena :-)

Linda is such an inspiration to me. Her perseverance in writing while in the midst of personal difficulties is a wonderful testimony for the Lord, and a tremendous encouragement to me.

great interview! i read linda's old palisades novels and i loved them. please enter me!

Okay, Linda, you whet my appetite for the cruise ship book! Now I have to read it. Love all your books and loved your interview.

Great interview! It is always fun to learn new things about an author whose books you enjoy.

Wow, thank you all for posting such encouraging comments. I really needed them after today's disasters. I'm putting up new siding and replacement windows. None of the windows fit. I have 1" gaps between inside frame/facing and the window itself. Every one will have to be re-trimmed from the inside. Four were two inches too long, one was installed wrong, another broken, and all of them were the wrong models. I didn't notice until six had been installed, so am keeping them. Re-ordering six dormer windows. Oh, and they sent the wrong siding.

Now, imagine all of this with a wonderfully cooperative group of Mexican carpenters. Only one spoke decent English. My mother carried on a five minute conversation with one who did not:)

Meanwhile, my 'other' job is calling me in to replace someone who was let go. I report tomorrow for that task.

Oh, and my galleys came today. I did the first two chapters with a saws-all roaring in my ear.

Scripture says rejoice in our woes. Okay, I can see humor rearing its head. Definitely fodder for a book. I kept thinking through all this, The Lord is my shepherd...thy rod and thy staff...are beating the dickens out of me:) It's okay. My God has a sense of humor...I HOPE!

Thank you Lena for highlighting me and Blue Moon. If I survive another day--the siding people come tomorrow--I'll share some of the adventures I had in Mexico researching BLUE MOON. Oh yes, there were adventures. Okay, MIS-adventures:)

Ooh! Blue Moon sounds good. I'll have to look for all those. Please, sign me up for your drawing!
Kathleen

Wonderful interview, you two! Linda, thanks for sharing your thoughts and a typical day in the life! LOL

I enjoyed reading this interview. I love historical fiction and now plan to check out Linda's Irish Celtic series. Thank you again for introducing me to a new writer I've not read before!