Freedom...more than the absence of chains.
Grace...more than a name.
The Call of Zulina...more than historical fiction...
a modern message regarding
slave trade and trafficking in the modern world. 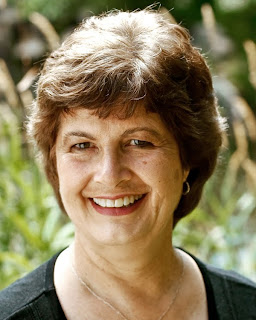 Author Kay Marshall Strom has two great loves: writing and helping others achieve their own writing potential. Kay has written thirty-six published books, numerous magazine articles, and two screenplays. While mostly a nonfiction writer, the first book of her historical novel trilogy Grace in Africa has met with acclaim. Kay speaks at seminars, retreats, writers’ conferences, and special events throughout the country and around the world. She is in wide demand as an instructor and keynote speaker at major writing conferences. She also enjoys speaking aboard cruise ships in exchange for exotic cruise destinations.

How did you come up with the storyline of The Call of Zulina?

While in West Africa working on another project, I toured an old slave fortress and was struck dumb by a set of baby manacles bolted to the wall. The characters of Lingongo and Joseph Winslow, Grace's parents, are modeled after real people who ran a slave business in Africa in the 1700s. I "met" them when I was researching Once Blind: The Life of John Newton, a biography of the slaver turned preacher and abolitionists, author of Amazing Grace. The more I thought about them, the more I wondered, "If they'd had a daughter, who would she be? Where would her loyalties lie?"

What inspired you to write a book so entrenched with uncomfortable issues?

I used to think that non-fiction was the meat and potatoes of writing and fiction was the chocolate mousse dessert... fun, but not of much value. But I've come to understand that truths can be revealed through fiction just as powerfully as through non-fiction. Sometimes, more so! The fact is, for so long we have tried to look away and pretend that this horrible chapter in history never happened. But it did, and we still feel the effects today. Moreover, the roots of slavery--hunger for power and money, fear and diminishment of people unlike ourselves, and humanity's endless ability to rationalize evil actions--abound today. The time seemed right.

How have your travels around the world equipped you for writing such a historical novel?

People ask me where my passion for issues such as modern day slavery come from. To a large degree it is from the things I have seen and heard on my numerous trips to India, African countries, Cambodia, Nepal, Indonesia, and other places around the world.

Tell us a personal story regarding modern day slavery.

A most pervasive type of slavery is what is known as bonded servitude, where entire poor families are bound into virtual slavery--sometimes for generations--because of a small debt. This is especially common in India. I visited a village in central India where the women had been freed from bondage and set up with a micro loan that allowed them to raise a small herd of dairy cows. They worked so hard and saved every rupee. When they had enough saved, they persuaded a young teacher to come and start a school for their children. Then they used further profits to make low interest loans to others in the area so they could start their own businesses, too--a little bank. I sat in a circle with the five women who made up the "board of directors." Only one could read and write. I asked, "How will the next generation be different because of what you have done?" They said, "No more will be like us. When people look us, they see nothing. But when they look at our children, they see real human beings with value."

From invisible slaves to human beings... all in one generation!

Grace, the lead character in The Call of Zulina, forsakes all to escape the slavery of her parents and an arranged marriage.How common is this scenerio today in other countries?

Horrifyingly common. Slavery today takes many forms. According to UNICEF's more conservative count, there are about 12 million people living as slaves today--three times as many as in the days of the African slave trade. As for child arranged marriages, I have talked to girls "enslaved" to husbands in many countries. Examples include a girl in Nepal married at 9 to a middle-aged man, one in India married at 11, a 13-year-old in Egypt married to a man older than her father. I've seen it in Africa, Eastern Europe... so many places!

What about in America, are there slavery and trafficking issues here?

Unfortunately, there are. The U.S. State Department estimates between 14,500 and 17,500 people are trafficked into the Untied States each year, although it concedes that the real number is actually far higher. And it's not just states like New York and California that are affected, either. According to the U.S. Justice Department's head of the new human trafficking unit, there is now at least one case of trafficking in every state.

You've had 36 books published, and more written and contracted for future release. How has this one impacted your own life?

Some books report, some tell stories. This book has torn my heart.

Briefly tell us about the next two books in this Grace in Africa trilogy.

In Book 2, Grace watches her reconstructed life smashed by slavers and revenge, and she is forcibly taken to London. There she faces a new kind of tyranny and another fight for freedom... and for her husband, who is enslaved in America.

Book 3 is set in the new United States of America, in the heart of the slavery. It is a story of slavery at it's worst and redemption at its best.

What Can Concerned Citizens Do to Raise Awareness?

Find out all you can about Modern Day Slavery: then watch for chances to pass on what you have learned.

Write to your elected officials: Petition them to place a high priority on enforcing anti-slavery laws and to put pressure on countries that tolerate forced labor or human trafficking.

Support organizations that are in a position to make a difference. When you find an one that is doing a good job on the front lines, contribute to their cause so they can continue on.

An arranged marriage, a runaway bride, and an ugly family heritage of brutal and inhumane slavery operations leave no room for a fairytale story. Grace Winslow, daughter of an English sea captain and African princess, finds herself in a horrific position of betrothal. Doomed to marry an obnoxious white man, whom she does not love, Grace runs away to escape the slavery she’s been surrounded by all her life. Instead, her journey from home brings her face-to-face with issues of extreme slavery, abuse and human trafficking. In the end she discovers slavery is more than just chains and finds grace that exceeds a name given to her by her parents.

The Call of Zulina links historical slavery issues with the modern-day crisis tainting many countries. On the heels of important legislature regarding human trafficking, Strom tackles the subject boldly as she sheds light on the practices and techniques used by angry slave traders. Seen as an advocate for those who have no voice, Strom finds words to communicate the message of history to today’s readers. While this book shines the light on an uncomfortable subject, the message of hope, freedom, and justice prevail and eternal truths discovered.

Thank you, Kay, for spending this time with us and alerting us to this horrendous problem.

Readers, here's a link where you can order the book. By using this link, you will be helping support this blog.

Email ThisBlogThis!Share to TwitterShare to FacebookShare to Pinterest
Labels: Kay Marshall Strom, The Call of Zulina

I have really been wanting to read this book! Please enter me.

please enter me in this giveaway...have read many wonderful reviews.

I would love to be entered to win this book! Thank you for doing the giveaway.
Blessings,
Carman
booklovercb[at]yahoo[dot]com

I have started a small public library, called Awagoh Christian Library, in my rural village in Cauayan, in the south of Negros Occidental, Philippines. My goal is to primarily provide free reading resources to pastors, lay preachers, pew christians and general readers in the countryside.

For more info please visit the library's site at www.awagohchristianlibrary.webs.com

Would love to read this book.

I would LOVE to read this book! Please enter me!

Please enter me in your giveaway. Thanks!!
esterried[at]yahoo[dot]com

Sounds like a neat book!! Would love to read this. Please enter me. Thanks! Lori L.
blessed6mom[at]yahoo[dot]com

A small Christian public library? What a concept! Many blessings to you on a wonderful resource and ministry.

This book looks very good. Please enter me for the drawing.

Wonderful interview! Please enter me in the drawing. Thank you!

hotnoob said...
This comment has been removed by a blog administrator.
5:41 PM

This sounds like a good book. Please enter me.
onepilgrim86(at)yahoo.com

I would love to be entered in your draw. Thanks. wandanamgreb(at)gmail(dot)com

Sounds like a good book. This is a new author for me.

Looking forward to reading this book.

The interview was very interesting. We were just discussing this after the CSI trilogy about human trafficking....martha(at)lclink(dot)com

Please count me in!

I've had The Call of Zulina on my wish list for some time now and think it will be a wonderful book. Thank you for the chance to win a copy.

Dont enter me I read this book and it really moved me.
I loved the interview and the comment about fiction now having an impact. I have found that books are having way more impact with subjects like this one being the focus and not sugar coated or lightened up but told as it would have been. I really appreciate this.
This book had me crying and really had me feeling for Grace at times.

Thanks for the wonderful reviews and giveaways.

please enter me! Thanks

Oh, does this sound like a good book. Please enter me. Thanks!