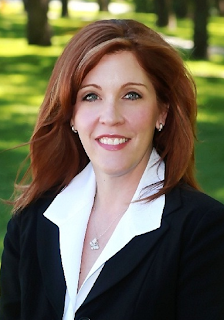 Welcome, Sherri. Tell us how much of yourself you write into your characters.
I’d like to say “nothing,” but I know that’s not entirely true. Right now, I’m writing a tomboy character, which is exactly the opposite of me. I’m a complete girly-girly with a chandelier hanging in my office to prove it. But there’s no denying that parts of an author’s personality seep through the pages. My characters are just regular people trying to do the right thing, and falling in love along the way.

What is the quirkiest thing you have ever done?
When my brother-in-law was director for the local opera company, he asked me to help out during a show. All I had to do was wear a costume, and move furniture during scene changes. Sounds easy, right? Except it turned out to be a much bigger part. I had to act, and hit spots, and I even participated in a staged fight. Since I don’t read music, and I don’t speak Italian, I had to figure out my positioning based on where the other performers were standing. Then I had to perform in front of an audience! An introvert’s worst nightmare. Truth be told, I had a blast. I came back and did another opera the next year. And I still don’t sing or speak Italian.

When did you first discover that you were a writer?
I was in my mid 30’s and I still didn’t know what I wanted to be when I grew up. I knew I loved to read, and decided I’d try my hand at writing a book. Once I started writing, I couldn’t stop! It became a compulsion. I knew I was a writer, because every time I became discouraged and quit, something drew me back in.

Tell us the range of the kinds of books you enjoy reading.
I am rather narrow-minded in the book reading category. I read almost exclusively romance, although I do read across genres. I adored the Zebra Regencies, and I still campaign to bring back the regency book club. I like secular and Christian books. I have a soft spot for Julie Garwood. Of course Cheryl St.John is a favorite!

How do you keep your sanity in our run, run, run world?
I don’t. Instead, I embrace the insanity. As Michael Caine once said, “There are only two things in life I can’t stand: Intolerance for other cultures. And the Dutch.”

How do you choose your characters’ names?
I subconsciously steal them from my critique partners. This is a real problem. I’ll think of a great name, that’s perfect for a character, and realize I heard it from a book or a critique I just read. When I was working on Winning the Widow’s Heart, I named a character . My critique partner, Cheryl St.John, was working on Marrying the Preacher’s Daughter, and the character’s name was, Elisabeth. Sigh. I tried to name the character Isabelle, but that didn’t work. Cheryl said don’t worry about it. And I figured, “Who cares? It’s not like this book will ever get published!”

What is the accomplishment that you are most proud of?
Selling Winning the Widow’s Heart to Tina James at Love Inspired Historical. Writing and selling a book was the most difficult challenge I’ve ever faced.

What is your favorite food?
Frosting out of a can. Definitely. Most people like chocolate, but I prefer the decadent bouquet of a nice whipped vanilla. I like to keep a can in the back of the fridge and eat it over a two-week period using only my index finger. There’s something delightfully debauched in skulking behind the refrigerator door with a finger full of frosting.

What is the problem with writing that was your greatest roadblock, and how did you overcome it?
Discouragement. Was and still is. I don’t have a lot of patience to fix a story. I’ll give it a couple of tries, and if it’s not working, it’s not working. This served me well as pre-pubbed, but it’s a struggle as a published writer.

Tell us about the featured book.
When Texas Ranger Jack Elder stormed the isolated homestead, he expected to find a band of outlaws. Instead, the only occupant is a heavily pregnant woman-and she's just gone in to labor. A loner uneasy with emotion, Jack helps deliver widow Elizabeth Cole's baby girl and can't get back on the trail fast enough. The robber and murderer he's after killed one of Jack's own, and he vows to catch the man. But when he returns to check on and her little one, he discovers that she may hold the key to his unsettled past-and his hoped-for future.

Please give us the first page of the book.
A shrill scream from inside the homestead split the frosty air.

Jack Elder flattened his back against the cabin’s rough-hewn logs, his Smith & Wesson drawn. Icy fear twisted in his gut. He couldn’t think about the woman inside, couldn’t let himself imagine what had ripped that tortured sound from her.

Head cocked to one side, he strained to hear voices over the howling wind. How many men were inside? Was Bud Shaw one of them?

Dense clouds draped the afternoon in an unnatural twilight. Fat, heavy snowflakes sheeted from the sky, pillowing in heaps on the frozen ground. Jack nudged the deepening slush with his boot. No footsteps showed in the fresh covering. No animal prints either.

The glass-pane windows had been covered with oil cloth to keep out the cold air and curious eyes. He cautiously edged toward the rear of the house, his shoulders hunched. A sharp gust of wind sucked the breath from his lungs. He stretched one hand around the corner, relieved to feel the raised surface of a door latch.


Thank you, Sherri, for the interesting interview.


Readers, here are links to the book. By using one when you order, you help support this blog.
Winning the Widow's Heart (Love Inspired Historical)


Leave a comment for a chance to win a free copy of the book. Please tell us where you live, at least the state or territory. (Comments containing links may be subject to removal by blog owner.) If the winner is from North America, it will be a paperback. If the winner is from anywhere else, the book will be an ebook.

Lena, Thank you so much for hosting me. Your support of a debut author is priceless. I'm hoping to continue to grow and learn as an author.

And congratulations to your granddaughter!

This books sounds so good! I'd love to win a copy!

Thank you for such a good interview. Would love to win.

The cover for WINNING THE WIDOW'S HEART just melts mine.

A wonderful first page thank you.

This sounds great-- I LOVE Texas Rangers!! ;) I would love to win a copy.

Hello, Liz! Thanks for stopping by!

Lourdes, I love how Lena said, "Thank you for the *interesting* interview :)

Marybelle, The cover is amazing! I sent a personal thank-you note to the art department.

Ladette, my poor Texas Ranger didn't get to spend much time in Texas! He's one of my favorite characters. I hope you like him too.

Thanks for featuring Sherri Shackleford. i know if you have her on your blog, her novels will be great. i would like to be a dog as well, if i could be an animal. On our farm, dogs are accepted by mother cats much more readily than humans! Thanks for the opportunity to win this one, Lena.

Thanks for introducing us to another new author! Look forward to reading this book.

Love the comment about frosting out of a can! Sounds like something I would do!
Love to read this book. The Texas Ranger sounds like an interesting character.
Beth from Iowa

I would LOVE to win this one! Sounds GREAT! I'm from NC.

Sounds like a wonderful book, would love to win it, thank you for the chance.

Marianne, You gotta love the life of a dog these days! They have their own boutiques for heaven's sake!

Patty, it's nice to meet you. Is it getting hot in SC?

Wendy, I think I saw you over at the PASTimes blog, didn't I? Nice to see you again.

Sarah, another visitor from NC. What did we do before the internet??!!

Who can resist a young man cuddling a baby. Besides I am a country girl from Texas and love Cowboys in hats. Thanks for the giveaway. I have added both of the author's books on my TBR list.

Love the dog comment - we always say we want to come back as one of our spoiled springer spaniels - mine even have their own rafts to float around the pool on.

cheryl in IL
msboatgal at aol.com

A new author! I love it. Enjoyed the interview and I love the cover of this book. I'd buy the book on the cover alone!

Wonderful interview as always, Lena. Thank you for offering this giveaway.
Nancee
quiltcat26@sbcglobal.net

Patricia, that is a cute and cuddly baby - and the way the hero is looking at her *sigh*

Judy, I definitely got lucky with an amazing cover!

Nancee, I can't thank Lena enough for hosting me!

Lena and Sherri, thanks for the great interview.
Sherri your book sounds so good, please add me to your Giveaway.

Angela, Everyone has been so nice today, I'm going to tell Lena to pick two winners.

I would love to read this. I love the cover. And Sherri...that's so generous of you, thanks.

I would love to read this book. It sounds great!

I would love to have a chance to read this. Great interview. Thank you so much!
Amy Campbell
Southwest VA

Would love to win a copy. Portsmouth, VA

Lena and Sherri, I enjoyed your interview, and look forward to reading "Winning the Widow's Heart." Thank you for offering this giveaway!
Nancee in Michigan
quiltcat26@sbcglobal.net

Everyone has been so kind! Just remember, this is a debut novel - and I will get better :)

Vanilla is such a waste of calories....

Adventure and love, Winning the Widow's Heart sounds like a terrific western story. Please add me!
Merry in Tx

I love to read books that are set in my home state of Kansas. Historical fiction is my favorite and this story whets my reading appetite. Thanks for this giveaway and the chance to win a fine read.

Thank you to everyone for visiting! Vanilla is not a waste of calories :) It's an acquired taste...