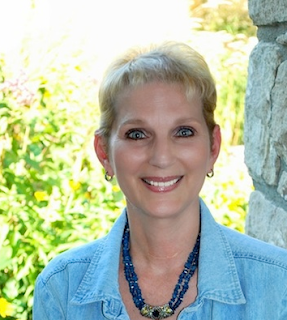 Bio: Robin Lee Hatcher is the bestselling author of 70 books. Her numerous awards include the Christy Award for Excellence in Christian Fiction, the RITA Award for Best Inspirational Romance, and the RWA Lifetime Achievement Award. Robin and her husband currently reside in .

Beloved is the third book in the Where the Heart Lives series. However, this book features a new story and main characters that are different from the previous books in the series.

Welcome back, Robin. Why did you become an author?
Does that question mean I had a choice? {{grin}} Seriously, I was a reader and lover of books from a very young age. My storytelling career began at the age of ten when I told my school friends that my mother had been born in a covered wagon on the way west on the . I was always scribbling lovesick poetry on my binders and keeping journals and writing long letters. And finally the day came (after reading a book where I hated the ending) when I decided to try my hand at writing a novel. That was just before my 30th birthday. I just finished writing my 71st release this summer. I had no clue that would happen. It just did.

If you weren’t an author, what would be your dream job?
I would still be in the storytelling arts but as an actress. I love the theater! I love movies!

I do, too. I have already been involved in movies and live theater, and I’m about to be again. If you could have lived at another time in history, what would it be and why?
I have a hard time imagining myself in a world where there weren't all of our modern conveniences. Could I take penicillin back with me? Could I choose to be wealthy rather than poor? If so, I would choose Regency England. No terrible corsets to twist me into the perfect "S" shape or half dozen petticoats to roast me in the summer. I love the witty repartee that is part of the Regency world.

What place in the have you not visited that you would like to?
I've visited all but seven of the states, so I would like to go to all seven. I've only made it to one state in , and I would very much like to visit there in the fall when the foliage is spectacular.

How about a foreign country you hope to visit?
. First place on my bucket list. My great grandmother, Mary Emeline Malone, is my link to , and I long to visit there in a big way.

What lesson has the Lord taught you recently?
To thirst for more of Him.

Tell us about the featured book.
Beloved is the third and final book in the Where the Heart Lives series. Unlike many of my historicals, Beloved takes place in the world of upper society. City life. Beautiful homes. Exquisite clothes. Servants to tend to the needs of the characters. I absolutely fell in love with Diana and Tyson and wanted to give them a wonderful ending to their story. Here is the official blurb:
Diana Brennan came west on the orphan train and was given a home with a loving couple who cherished and spoiled her. At 17, she fell hard for Tyson Applegate, the son of a wealthy mine owner. After a whirlwind courtship and marriage, Tyson took off for adventures around the world, including fighting with the Rough Riders in . Receiving no word from him in years, Diana’s infatuation with her dashing husband died an ugly death, and she is ready to move past the old pain and marry again, just as soon as Tyson is declared legally dead.

But when Tyson returns, claiming to be a changed man, he wants to reunite with his wife and run for the senate. While Diana suspects the election is his real reason for wanting her by his side, she agrees to maintain his home and to campaign with him, but when it is over, win or lose, she wants her freedom.

He agrees with one condition—she must give him a chance to change her mind about him.

Oh, I know I’m going to love this book, but then I haven’t read one of yours that I didn’t. Please give us the first page of the book.
Chapter 1
May 1900

To say the least, it was inconsiderate of Diana’s almost-dead husband to show up at her engagement party.

Conversations around the dinner table in the Calhoun dining room fell silent as guests began to notice the tall, dashing stranger standing in the doorway, his gaze fixed on Diana Applegate. He wore formal evening attire, as if he too had been invited to the festivities. But this was no guest.

Brook Calhoun, Diana’s soon-to-be fiancé, leaned toward her. “Who is he? Do you know him?”

“Yes,” she answered, disbelieving the word as it came out of her mouth. “It’s Tyson.”

Tyson smiled at her from across the room, but there was nothing friendly about the expression. An odd humming started in Diana’s ears, and she felt as though she was observing the moment from a distance. Was any of it real? Was he real? This couldn’t be happening. It couldn’t be.

Get up. Get up and go talk to him. Make him leave. Get him out of sight. But her body refused to obey her mind’s demands. Do something. You must do something. Now. Now!

Give me more … quickly! How can readers find you on the Internet?
My web site and blog are at http://www.robinleehatcher.com. Links from my site will take readers so the social media pages where I am found. I am most active on Facebook at http://www.facebook.com/robinleehatcher.

Thank you, Robin, for sharing this new book with us.

Readers, here are links to the book. By using one when you order, you help support this blog.
Beloved - Christianbook.com
Beloved (Where The Heart Lives)

If you’re reading this on Google +, Feedblitz, Facebook, Linkedin, or Amazon, please come to the blog to leave your comment if you want to be included in the drawing. Here’s a link.
Http://lenanelsondooley.blogspot.com
Posted by Lena Nelson Dooley at 6:35 AM

Great interview! This book is HIGH on my TBR list! LOVED the first 2!

Thanks, Cyndi. Just four more days until it releases!

Thank you for sharing this lovely interview. I love the story of why she became an author. Robin Lee Hatcher is one of my favorites!

How exciting to know this book is coming out in just a few days!
Great interview!
Amy C
VA

What an exciting, & unusual, storyline! Would love to read Robin's book!

Love the story of Robin telling her friends that her mother was born in a wagon train!

Thanks, Robin & Lena, for the opportunity to win one of Robin's books!

Great interview, Lena. Robin Hatcher is a wonderful author and I can't wait to read Beloved. Love a girl with a big imagination!

Oh wow! What a beginning! This sounds like a very fun book to read. Thank you for offering a copy.
Tennessee

Hi Robin, I had no idea that you were such a prolific writer. I need to read faster to catch up.

Robin, I love the story line! This is going on my TBR list! Thanks for the interview and book preview.
Tonja S from Vurginia

I love Robin's work. I have the first two books in this series on my "Keeper" shelf. Would love to be able to read Beloved and add it to the shelf as well.

Thank you for the opportunity to win a copy.

Sadly, I didn't sign up to review this book when it was offered me. Now I regret it. Love the interview and beginning of book. Now I'll just have to hope I can win it here, Lena & Robin. :)

Vera in middle North Carolina & on "Chat With Vera"

I like Robin's books. They are so realistic. This one looks good. Kristie from Ohio. kristiedonelson(at)gmail(dot)com Thank you.

Enjoyed the wonderful interview. Robin, I loved the first two books. I know this book is awesome. Thank you for the opportunity to participate in this giveaway. Please enter my name.

Thank you so much for this opportunity! I really enjoy your books!!

Thank you so much for this opportunity. I really enjoy your books!

I have been watching for my chance to read this book! Sign me up!
Kandra in OK

I've just read ORPHAN TRAIN and am very interested in that situation. Good to read another and one orphan who was raised in a loving family. sharon, CA

Enter me in this awesome giveaway!
Sarah
N.C.

Enter me this book looks soo thrilling and I can't wait to read it!!
Sharon Richmond Bryant
Conway,SC.
sharonruth126@gmail.com

I always love Robin's books - she keeps me entertained until the very end!

I loved the first two books in this series and am eagerly awaiting this final chapter in the series!

We have this series in the church library. I would love to win this one for our collection.
Thank You!
Janet E.
von1janet(at)gmail(dot)com
Florida

I love Robin's books and having been waiting for Beloved!
Merry in MN