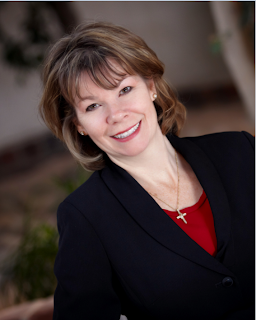 Readers, I first met Leanna when we were both members of the same chapter of Romance Writers of America. We've been friends since then.

Welcome back, Leanna. How did you come up with the idea for this story?
Hi, ! Thanks for having me here today! It all started with a joke. Seriously. I was signing books at a multi-author event and the biggest sellers were the vampire and Amish books, so I told a friend of mine we should write an Amish/vampire story. We laughed. But we didn’t take it seriously. However, a seed was planted in my brain and soon a character was rattling around in there, poking me, trying to tell me his story. And like most characters, he wouldn’t be quiet.

This was not a series I wanted to write and I tried to not write it for a long time. I prayed for over two years about this story, asking if God wanted me to write it, and he confirmed in multiple ways that I was to do so.

Plain Fear reminded me of Phantom of the Opera, which I’m a huge fan of, both the book and musical. Christine is naïve and young and she opens her mind to a dark force. There’s a line in the musical that resonates: “I gave my mind blindly.” And that is exactly what Hannah, the heroine in the first book of the series, did. For this series, I wanted to show how alluring evil really is.

Evil doesn’t look scary at first. It’s appealing. Satan doesn’t appear to us with a forked tongue or horns and pitchfork. He was the most beautiful angel, the worship leader in the heavenly realms. But he fell. He became the father of lies. He distorts the truth and draws us toward evil and sin with promises and appealing whispers. It’s why my story needed someone innocent of this world, like an Amish girl, so I could show how easily we are deceived. By the end of the series, in the last book, Forgiven, the reader sees spiritual warfare in action.

Here’s what a reviewer said: “Ellis has done something many readers may not have thought possible. She has used characters and ideas that many in the inspirational community would consider taboo, to show the power of love and of God. Well done!”

If you were planning a party with Christian authors of contemporary fiction, what six people would you invite and why?
How fun! Let’s see…there are some really interesting folks in Christian fiction. We might need to add a few more than six. One of my favorites is my best friend, Dorothy Love. We never get to see each other much, so I would have to work hard not to talk to only her during the party. She is an amazing writer of historical fiction and a sweetheart. Another dear friend, Shelley Shepard Gray, is one of the most gracious people I know. One of the first writers to welcome me into the CBA and become a friend is Rachel Hauck. She is wonderful! I’d also want to invite Liz Curtis Higgs. I have only met her once, and I’m sure she wouldn’t remember me, but she is a hoot and just a joy to be around. Another very entertaining author is James Scott Bell. And don’t forget James Rubart! Both men are terrific writers and such fun!

Oh my, I’m at my limit, but there are too many wonderful folks who are writing such wonderful stories. I think we need to throw open the doors and invite everyone who is writing Christian fiction, even those who are Christians and yet (like me) who might write in the secular world. Those writers are really on the battlefield, like missionaries, and need our love and support. So come on, if you’re a Christian and a writer, let’s party! , you’ll have to name the time and place, all right?

Now let’s do that for a party for Christian authors of historical fiction, what six people would you invite and why?
Oh, oops! I skipped right over ‘contemporary’ in the last question and included everyone. I still say we need a really big party! No segregating contemporary from historical, from CBA.

I like your ideas about the party. We’ve just had the American Christian Fiction Writers national conference, and that’s the biggest collection of Christian authors, of all genres, I’ve been with. It’s like a big party to me, seeing so many friends face to face, that we only see once a year. Now another question, many times, people (and other authors) think you have it made with so many books published. What is your most difficult problem with writing at this time in your career?
Writing is plain hard work. Any time. For me, it’s always a matter of finding the time. I have two very active teenagers, an 82-year-old mom who now lives six minutes away, and there is always something to do or somewhere to be. So it’s a matter of finding time consistently. But the same is true for so many areas of our life. It’s actually a very exciting time in publishing with Indie publishing taking off. And I am looking forward to experimenting with that myself.

I’ve Indie published, as ebooks, several of my backlist titles that the rights have reverted to me. I enjoyed doing that. Tell us about the featured book.
PLAIN FEAR: FORGIVEN is about Samuel Fisher, who committed a sin of biblical proportions—he killed his own brother, Jacob. Samuel’s guilt overwhelms him as he struggles to understand the choices Jacob made which led to his death. Haunted by doubts and questions, Samuel starts down the same dark path of destruction. In the gripping final battle between hunters and vampires, Samuel must choose where his loyalties lie. The decisions he makes not only threaten the lives of those he loves, but determine if he will ultimately be forgiven.

This is the third book of the trilogy. I have been told that it can be read as a stand alone, but it is also a wonderful conclusion to the series, which explains many of the mysteries from the first two.

Please give us the first page of the book.
Darkness clawed at him, its talons sinking deep, hooking into his heart. Jacob Fisher tried to clear away whatever obstruction prevented his eyes from seeing, but there was nothing. Nothing but darkness, thick as molasses and cold as the heart of the universe. It shrouded him, pressing in on him, and he felt the weight of it against his chest. He could not move or struggle or fight or even scream.

And he wanted to scream. Scream for someone. Someone to come to his rescue.

Worse than the darkness though was the silence. The quiet pulsed and throbbed, around him and through him. Nothing—if there was anything around him—moved. Only in the tiny recesses of his mind could he hear anything, his thoughts writhing and struggling as a creature pushes out from the womb. Fears tormented him. Bits of verses and poetry knotted and tangled as he reached for them—as if by grasping them, they could take him away from here, lead him somewhere else, or at least anchor him and keep him from going mad.

For hope was absent from this place—if it was a place ... or a time ... or somewhere between times and places. The emptiness felt like an enclosed tomb and yet also seemed to stretch on forever.

Here’s a link to where you can read the first chapter: http://leannaellis.com/paranormal.html

Thanks for that link. I’m sure many of my readers will go straight to it. How can readers find you on the Internet?
www.leannaellis.com
I’m also on Goodreads, Facebook, Pinterest, and Twitter!

Thanks for having me here today! Blessings to you and your readers!

It’s always a pleasure hosting you on my blog, Leanna.

Readers, here are links to the book. By using one when you order, you help support this blog.
Plain Fear: Forgiven: A Novel

Posted by Lena Nelson Dooley at 6:09 AM

Thanks for the giveaway.

I haven't read the other 2 books in the series, but they all sound interesting. (I checked out Leanna's site). Thanks for offering a copy of Forgiven.
Tennessee

I love this series. Great interview with Leanna. Thanks.
Amy C
VA

Hi, Deb, KayM, Amy C, and Lena! Thanks, Amy C, so glad you're enjoying the series! Thanks, KayM for checking out my website!

Hope y'all are all having a great day! It's absolutely gorgeous today in Texas. So loving this weather!

I am certainly intrigued after reading this interview. Leanna's trilogy sounds very interesting! Thank you for the opportunity to win a copy of PLAIN FEAR: FORGIVEN.

Melanie Backus said...
This comment has been removed by the author.
12:07 PM

You sure pulled me in with this interview. This trilogy sounds so interesting. Thank you for the chance to win PLAIN FEAR:FORGIVEN.

I would love to win this book for the church library.
Thanks!
Janet E.
von1janet(at)gmail(dot)com
Florida

I must read all of the books in this trilogy. What a fascinating read.

Thanks, y'all! And thanks again to Lena for hosting me today! Blessings, Leanna

What an awesome book! Very interested and looking forward to reading your book. Thank you for sharing and please enter my name in the giveaway.

I really want to read this book. It sounds very unique.

Thank you for giving me a chance to win your book. Sound like a great book. Great interview. God blessing.
Norma from Ohio

Sounds very interesting - would love to read it! Jeanie in Phoenix

Read the first book and really enjoyed it. Would love to win and read this one. Thank you for the chance.
Karen G., NY
kmgervais(at)nycap(dot)rr(dot)com

Sounds like a great read. I will check out the other 2 books in the series. Thank you for the opportunity to win a copy.

Dixie n Dottie said...
This comment has been removed by the author.
11:34 AM

I love this series! It's unusual but I think it's interesting. I don't usually do vampire stories but I love Amish fiction. Kristie from Ohio. kristiedonelson(at)gmail(dot)com Thank you.