THE GOOD LIE - One Free DVD

“Moving and unforgettable…The Good Lie is a movie that simultaneously enlightens and inspires.”
— Michael Medved, The Michael Medved Show

EMBARK ON A JOURNEY OF
SURVIVAL AND TRIUMPH WHEN
THE GOOD LIE
ARRIVES ONTO BLU-RAYÔ COMBO PACK and DIGITAL HD ON DECEMBER 23 FROM
WARNER BROS. HOME ENTERTAINMENT 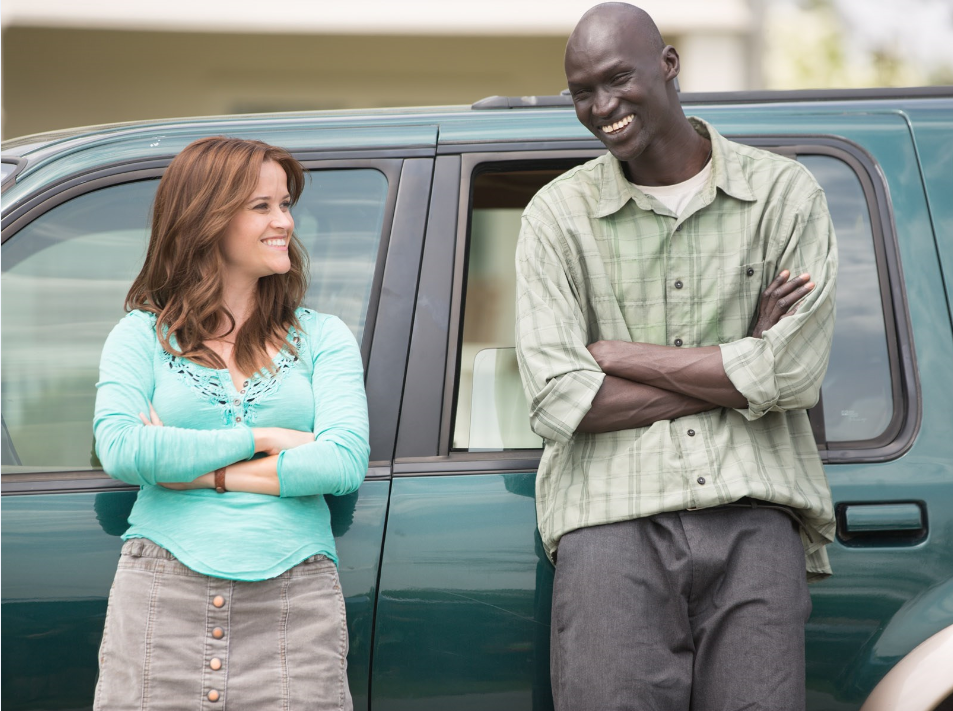 Burbank, CA, November 11, 2014 – Miracles happen when “The Good Lie” arrives onto Blu-ray Combo Pack and Digital HD on December 23 from Warner Bros. Home Entertainment. Academy Award® winner Reese Witherspoon (“Walk the Line”) stars alongside Corey Stoll (“House of Cards”) and the Lost Boys, a group of real-life Sudanese refugees. Together, against the backdrop of their shared losses, the Lost Boys and these unlikely strangers find humor in the clash of cultures, and heartbreak as well as hope in the challenges of life in America.

Along with Witherspoon and Stoll, the film stars real-life Sudanese refugees Arnold Oceng (“My Brother the Devil,” “Adulthood”) and newcomer Kuoth Wiel; Ger Duany (“I Heart Huckabees”) and rapper Emmanuel Jal, who were both former child soldiers and Lost Boys; and Femi Oguns (BBC’s “The Casualty”). Rounding out the cast are Sarah Baker as Faith Based Charities volunteer Pamela Lowi; and, as the younger Lost Boys, Peterdeng Mongok, Okwar Jale, Thon Kueth, Deng Ajuet and Keji Jale, all of whom are children of Sudanese refugees. 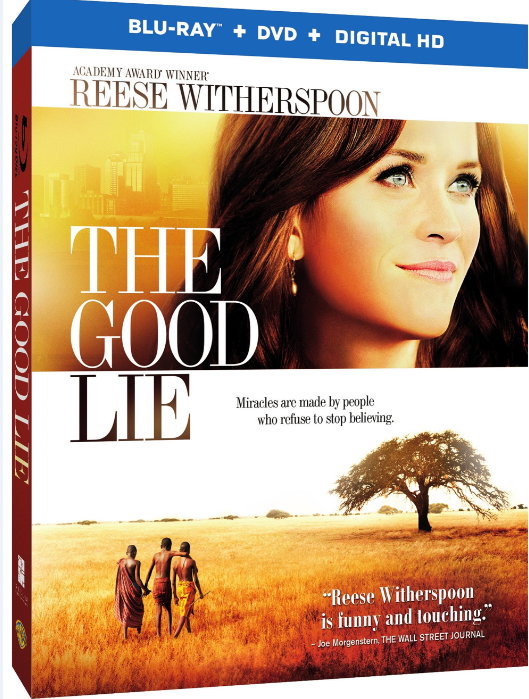 “The Good Lie” will be available on Blu-ray Combo Pack for $35.99 *Price corrected on 11/12/14* and includes the film in high definition on Blu-ray disc, a DVD, and a digital version of the movie in Digital HD with UltraViolet. Fans can also own “The Good Lie” via purchase from digital retailers.

They were known simply as “The Lost Boys.”

Orphaned by the brutal civil war in Sudan, which began in 1983, these young victims traveled as many as a thousand miles on foot in search of safety. Fifteen years later, a humanitarian effort would bring 3,600 lost boys, as well as girls, to America. 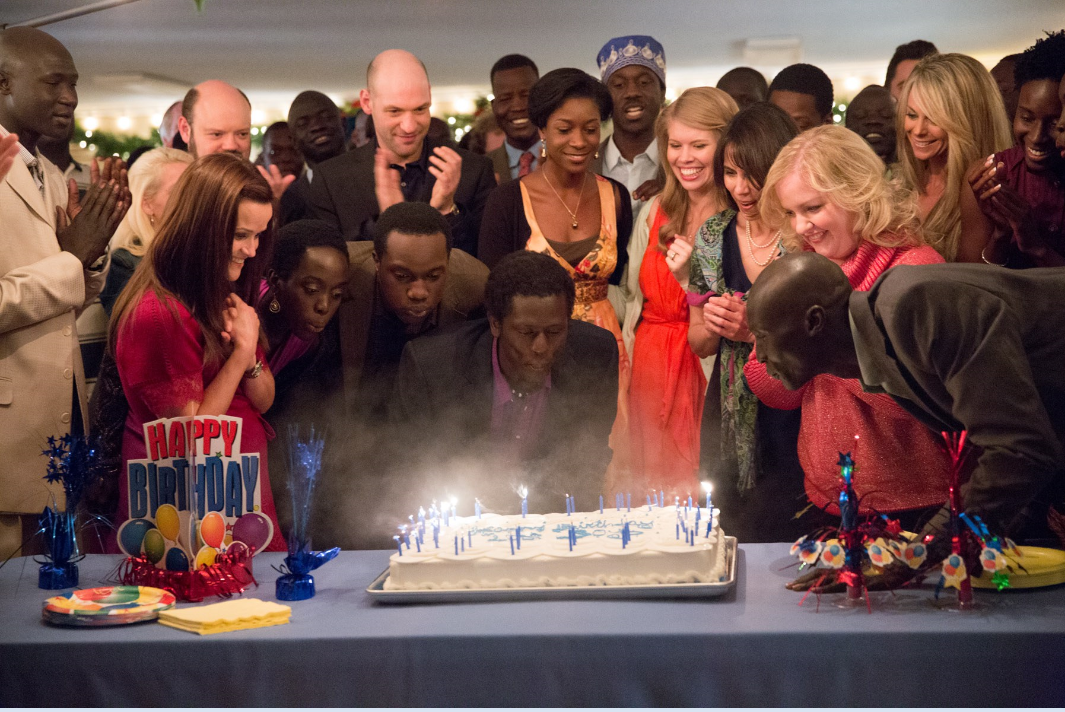 Mamere and Theo are sons of the Chief in their village in Southern Sudan. When an attack by the Northern militia destroys their home and kills their parents, eldest son Theo is forced to assume the role of Chief and lead a group of young survivors, including his sister Abital, away from harm. But the hostile, treacherous terrain has other dangers in store for them. As the tattered group makes the difficult trek to Kakuma refugee camp in Kenya, they meet other fleeing children, forging a bond with Jeremiah, who, at 13, is already a man of faith, and Paul, whose skills become essential to their survival.

Thirteen years later, the now young adults are given the opportunity to leave the camp and resettle in America. Upon arriving in Kansas, they are met by Carrie Davis (Witherspoon), an employment agency counselor who has been enlisted to help find them jobs—no easy task, when things like light switches and telephones are brand new to them.

Although Carrie has successfully kept herself from any emotional entanglements, these refugees, who desperately require help navigating the 21st century and rebuilding their shattered lives, need just that. So Carrie embarks on her own unchartered territory, enlisting the help of her boss, Jack (Corey Stoll).

Dear Readers, leave a comment for a chance to win a free copy of the book. Please tell us where you live, at least the state or territory. (Comments containing links may be subject to removal by blog owner.)

If you’re reading this on Goodreads, Google+, Feedblitz, Facebook, Twitter, Linkedin, or Amazon, please come to the blog to leave your comment if you want to be included in the drawing. Here’s a link:
Http://lenanelsondooley.blogspot.com
Posted by Lena Nelson Dooley at 6:36 AM

Email ThisBlogThis!Share to TwitterShare to FacebookShare to Pinterest
Labels: One Free DVD, The Good Lie

I've seen this advertised on TV.. enjoyed the review today.. on my list for sure :)
dkstevensne AT outlook DoT COm
dee S from NE

This sounds like a very powerful movie. I would love to see it.

I've seen a documentary on the Lost Boys before, and found it very interesting! I'd like to see this, too!

This sounds like a highly inspirational movie. I hope that I win. Fingers crossed. BWallace1980(at)hotmail(d0t)com

Thank you for the opportunity to win this touching film!

Thank you, Lena for this wonderful!

I would love to win this dvd! Shelia from Mississippi

I love Reese Witherspoon and this film definitely looks like it will NOT disappoint!
Kristen in OK
kam110476 at gmail dot com

oh, this sounds like a super movie thanks for the chance to win
live in ND

So excited to watch this!
J.C. -Indiana-

This sounds so good!

Judy B from Indiana

I remember seeing previews for this movie and thinking it would be good to see!

This looks like a great movie! Thanks for the review!

I am looking forward to seeing this movie.

Heard great things about this movie! Looking forward to seeing it! Thanks for the giveaway! 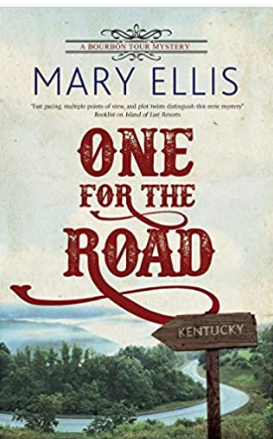 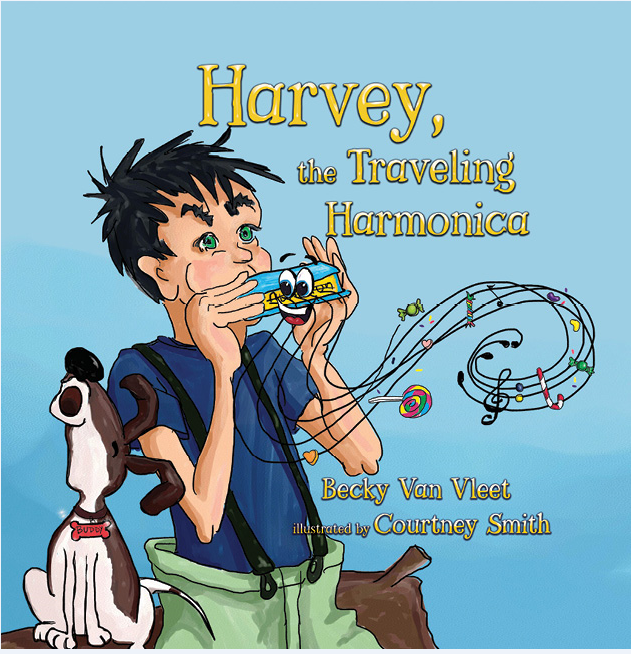 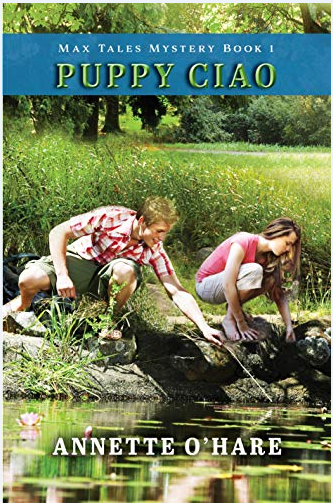 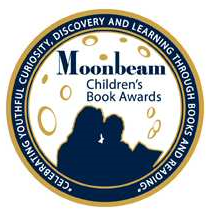