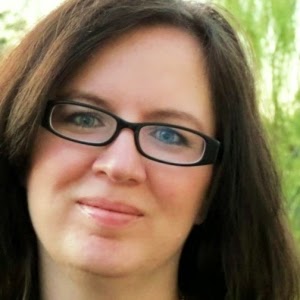 Welcome, Gina. Tell us how much of yourself you write into your characters.
It depends on the character and the story. In Masterpiece Marriage, there’s not much of me in Zenus, but that part of Mary and Arel which resists conforming to expectations is me. Often a character’s struggles and fears are mine. Write what you know.

What is the quirkiest thing you have ever done?
I don’t think really anything I do is quirky. My mother thinks I’m strange because, since I was in junior high, I don’t eat chicken on the bone. Blame my 8th grade biology teacher who made us dissect a chicken breast. In fact, when I buy a turkey, I make College Boy clean and prepare it. Hubby carves. The closest I get to the carcass is putting pan in oven and taking it out. But that’s not quirky. That’s just psychological.

When did you first discover that you were a writer?
I don’t think a person can “discover” she’s a writer any more than a person can “discover” she’s a doctor or a public speaker or a painter. Most writers aren’t gifted writers. We’re learned writers. Writing is a learned craft, just as doctoring and speaking well in public are learned skills. What’s beautiful is when our natural bent (personality, interests, talents, passions) meshes with what we want to do, such as write or doctor or paint cathedrals. Good news is that even if you don’t have much talent to write, if you have passion and determination to learn to write, then you can. I first discovered my desire to write when I was twelve. I finally began the journey of learning to how to write fiction about fifteen years ago.

Tell us the range of the kinds of books you enjoy reading.
Non-fiction is my go-to read. I just finished Let’s Be Brave by Annie Downs and Girl Meets God by Lauren Winner. Annie doesn’t know it but she wrote that book because I am one of those people who needed encouragement to be brave. In the last few weeks, I’ve repeatedly heard God say, “Gina, let’s be brave.” Not always pleasant words to hear (see first question answer about struggle and fears). Lauren’s memoir made me think about how I’ve let religion and religious traditions, not Jesus, define my perspective on too many issues. I really do read a disproportionate amount of non-fiction to fiction, which I recently decided isn’t a bad thing for a romance author who loves romances. The last romances I read and loved were Five Days in Skye, Undeniably Yours, and Once Upon a Prince.

How do you keep your sanity in our run, run, run world?
I had to learn that just because everyone is doing something, doesn’t mean I have to. I don’t have to decorate my house with every new trend. I don’t have to be a size 4. I don’t have to put my kids in karate/dance/music/swim lessons. I don’t have to join PTA or be in church every time the doors are open or get a flu shot or read romances because authors read what they write. Life will continue on if I don’t do those things.

How do you choose your characters’ names?
Usually from a census from the state, county, and decade of my story. I scroll through the census and list first and last names that sound cool, then through a process of elimination settle on ones that fit the characters in my head. With Masterpiece Marriage, my hero’s name came from an 1880s Good Housekeeping magazine. A man named Zenus Dane had written a story about growing up with his quilt-loving aunt. Mary just sounds so English. I also found Varrs in an English census, maybe of . Too often I see modern names in historical romances, so I don’t choose any name that I can’t find historical evidence of use.

What is the accomplishment that you are most proud of?
My five children.

If you were an animal, which one would you be, and why?
A sloth. They don’t really do anything, and I rather like not doing anything. What predators do sloths need to avoid? None. Because any predator stalking a sloth would be so lulled by the sloth’s movements that it’ll fall asleep. Plus my oldest daughter thinks sloths are cool.

What is your favorite food?
Medium-rare steak with a side of steamed and buttered broccoli. Really, the steak is my favorite, but when I’m going to be eating it, I need a side of something delicious.

What is the problem with writing that was your greatest roadblock, and how did you overcome it?
Typing words onto the laptop screen. New story ideas I can easily come up with, but actually writing, or at least getting started, is super hard. What has helped me is brainstorming with Becca Whitham. Once I have a general idea of where I’m going, it’s easier to write. 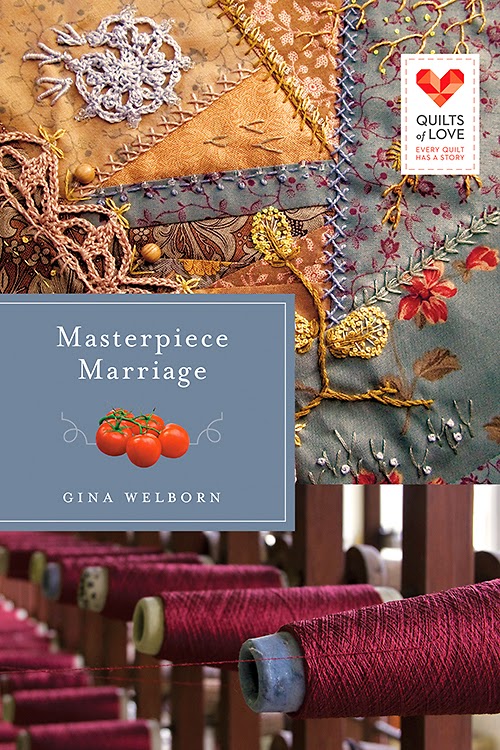 Masterpiece Marriage is the second-to-last novel in Abingdon’s Quilts of Love Series. It’s a romance set in 1891 Eastern Shore .

After a flood damages the looms at Zenus Dane’s textile mill and the bank demands loan payment, Zenus turns to his aunt for help repurposing his textiles. Trouble is ... his aunt has already been hired by the lovely yet secretive Englishwoman Mary Varrs. Eager to acquire his aunt’s quilt patterns, Zenus attends the summer Quilting Bee, a social event his aunt has uniquely designed with the secret purpose of finding Zenus a wife. However Zenus only has eyes for Mary, but Mary has no such desire for him. Though his aunt is determined to design a masterpiece marriage, both Zenus and Mary will have to overcome their stubborn ways. Can he realize that love requires stepping out of his routine? And will she recognize that following her heart doesn’t mean sacrificing her ambition?

Please give us the first page of the book.
May 9, 1891
In all his thirty-one years, Zenus Dane had never expected to see seven inches of rainfall during a six-hour period.

He trudged through the flooded floor of the textile mill he was able to inspect since the fire marshal had declared it safe. Still, the water reached the third metal clasp of his vulcanized rubber boots, a product he wished he had invented, but was thankful Charles Goodyear did. Although, at the moment, he felt more nauseated than thankful. Through the hole in the roof, the morning sun revealed the full extent of the destruction caused by Friday afternoon’s deluge setting a record for one-day rainfall in .

April was the month for deluges. Not May.

His mouth sour over the damage, Zenus looked to his foreman at the other end of the mill. The man didn’t have to speak for Zenus to know he shared his grim thoughts.

Zenus stopped at the loom farthest from the collapsed roof. A floral cotton print lay half-woven in the machine. Unlike the bolts of textiles in the storage room, the print was as dry as his gabardine suit. It was also water-stained on the bottom portion of the roll. As he had with the other machines, he examined the loom’s frame, the crankshaft, tight-and-loose pulleys, picker stick, shuttle, and race plate. All damp. Oxidation here, too, on the bolts where the floodwater reached its highest level. The looms hadn’t even had a month of usage, and now rust?

Here’s a link to read the first three chapters:
http://www.ginawelborn.com/#!masterpiece-marriage-excerpt/c4da

How can readers find you on the Internet?
I can be found all over the internet in non-inappropriate places. The quickest way to connect is through Facebook.

Thank you, Gina, for sharing this book with us. I've really enjoyed reading the Quilts of Love books. I can't wait until my copy of this one gets here.

This sounds like a good one! Thank you, Lena!

Would love to read this.. I do like the Quilts of Love books :)
deanna in nebr...

I have a new sewing machine and am starting to quilt. Love to read this!
Beth from IA

A stunning cover & a very interesting first page thank you.

I absolutely love the Quilts of Love series of books and would love to win this one. Thanks for the chance.

Oh my, what a situation to find yourself in. As a business owner/manager it would be devastating.

I have heard such good things about this book!! Thanks for the giveaway!

I would love to read this book. I have always wanted to live on the river until I read about the possibility of flooding. Jan in sunny warm west Texas

I did not realize the Quilts of Love series was coming to an end. I have been collecting the books and would love to read yours! Sm. wileygreen1( at)yahoo(dot)com

This book sounds so interesting! It is a time period that I like to read about. And I like the way you choose character names - what a unique idea! Thank you both for the opportunity to win this book! I live in Phoenix, AZ

Hi Gina & Lena! I've been looking forward to reading Masterpiece Marriage since I first read about it a couple months ago!
Kristen in OK
kam110476 at gmail dot com

I would be interested in reading this book. Lyndie in Texas

Would love to win. Thanks for the chance!

Sounds great. Thanks for the interview.