KEEPER OF THE STARS - Robin Lee Hatcher - One Free Book, Plus More

Dear Readers, I first met Robin at the American Christian Romance Writers (which later became American Christian Fiction Writers) second national conference in 2002. That’s when I started reading her books, and I love them. They all have living, breathing characters who tug on your heartstrings. The plotlines are always interesting which makes the book hard to put down. I believe you’ll love her writing, too.

BIO: A native Idahoan, award-winning and bestselling author Robin Lee Hatcher is known for her heartwarming and emotionally charged stories of faith, courage, and love (over 70 books). After fifteen years writing for the general fiction market and a change in her own heart, Robin began to write stories that included her Christian faith. Winner of the Christy, the RITA, the Carol, the Inspirational Reader’s Choice, and many other awards, she is also a recipient of the prestigious RWA Lifetime Achievement Award. Robin enjoys being with her family, spending time in the beautiful outdoors, reading books that make her cry, and watching romantic movies.
Learn more about Robin and her books on her web site. 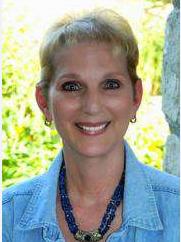 Welcome back, Robin. How did this book come about?
Some books come to an author in a dramatic way. Keeper of the Stars was not one of those books. It began first with the desire to set a Kings Meadow story in a different season than summer, which I’d already done several times. Since Keeper of the Stars was set to release in the winter, I decided the story would take place in the winter as well. Which in the mountains of means lots of snow.

Then I envisioned a scene in a cemetery, and I began asking the what if questions. Who died? Who were the mourners? From there, the story began to reveal itself to me.

I’m a seat-of-the-pants writer. Once I have an opening scene and get to know my characters, I sit down and write, returning to the computer each day to see what happens next.

I’m a lot like that, but I usually have a timeline in mind after the first chapter. Tell us about the book’s cover and what makes it unique.
I found the photograph of this couple in the snow on a photo site I use. It became my inspiration for Penny and Trevor as I wrote Keeper of the Stars. When I turned in my book, I sent the photo to the publisher as an example of my hero and heroine. I was thrilled when they were able to license it to use for the cover art. It’s definitely one of my favorite covers. The scene. The colors. And the joy and love expressed by the couple.

Please explain and differentiate between what’s fact and fiction in the book.
Kings Meadow is a fictional town in the mountains of , but I know exactly where it is and it’s surrounded by reality. My characters always become “real” people to me, but Keeper of the Stars is definitely fiction.

How much research did you have to do for this book?
Every book involves on-going research of one kind or another. Sometimes it is intense, but that wasn’t the case for Keeper of the Stars. This book included research on libraries, cow-calf operations, public works, drums, etc.

What do you hope the reader takes away from the story?
I always hope for two things: That the reader will close the book with a sigh of satisfaction, and that they will wish they could spend more time with those characters, even though the story has reached its conclusion.

What is the next project you’re working on?
I am hard at work on a story set in the wine/fruit orchard country of southwestern in a small town near the Snake River, not far from the border. My hero is an organic farmer and part-time sheriff's deputy. My heroine is a former bad girl with a tragic family background who is trying to make a better life for herself and her daughter. are going to fly.

They always do. I’ll be looking forward to that book, too. What do you do when you have to get away from the story for a while?
I love to read, to watch movies, to knit, and to draw or color. 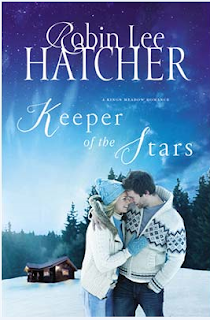 And I’ll never get to tell him I’m sorry for the things I said in anger.

Seated beside her in the front row of mourners, her dad put his arm around her shoulders and drew her close to his side. It was meant to be a comforting gesture, but it was point- less for him to try. She couldn’t be comforted. Not for this.

Reverend Tom Butler ended his graveside prayer with a soft, “Amen.” Then he walked over to Penny and her dad, his face schooled into a sympathetic expression, his eyes filled with kindness. “I am so very sorry, Rodney,” he said as he took hold of her dad’s right hand between both of his own.

Her dad nodded in silence.

Tom repeated his words of condolence to Penny. Like her father, she nodded, her throat too tight to squeeze out a reply.

Chet Leonard, his wife, and sons were next. Leaning down, Chet said, “If I can do anything . . . If you ever need to talk or just be with someone who understands what it means to lose a son . . .” He let his voice trail into silence.

Charlie Regal, Brad’s best friend since first grade, came close, looked about to speak, and then shook his head as he turned to walk away.

We have to know what comes next. How can readers find you on the Internet?
http://www.robinleehatcher.com


Robin has a special giveaway besides the book we usually give away on this blog: 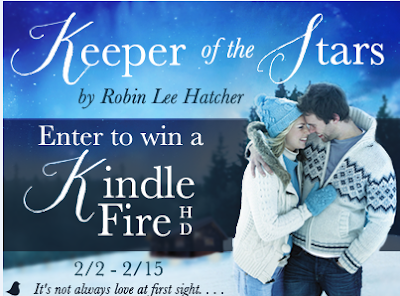 Here's the link to the giveaway:
http://www.robinleehatcher.com/celebrating-my-76th-release-keeper-of-the-stars/

Thank you, Robin, for sharing this new book with us.

Posted by Lena Nelson Dooley at 7:40 AM

Email ThisBlogThis!Share to TwitterShare to FacebookShare to Pinterest
Labels: Keeper of the Stars, Robin Lee Hatcher

I would love to know what comes next. I lost my sister when she was 32; 36 years ago next month. It was so hard. I still miss her. It would have been such fun to raise our families together and grow old together.

This first page is very powerful and I look forward to learning more. Thank you for sharing.
Connie from KY
cps1950(at)gmail(dot)com

Thanks for sharing the interview. I love hearing behind the scenes!

This does sound wonderful thank you.

I live in the Pacific Northwest and find that Idaho is such an amazing setting for hometown romance books. I'm looking forward to this conclusion to the King's Meadow series.

angela in ky would love to win

Oh, how sad. Hope to get my hands on this story!

I would enjoy reading this! I do like Robin's books :)
Dee from NEBR

Love the cover! I enjoy reading Robin's books. Thanks for the chance to win!

That's a dramatic opening. I'd love to know the back story and what happens next.

I really like the depth of character that Robin writes in her books. I am looking forward to reading her latest. Thanks for the interview and giveaway!

kim hansen said...
This comment has been removed by the author.
8:24 AM

Definitely a beautiful cover! I don't like living in snow but it sure is pretty to look at!
Sounds like a great book and enjoyed reading how you came up with the story. sm CA wileygreen1(at)yahoo(dot)com

I love this cover and the book sounds wonderful. I'd love to win a copy. Thanks for the fun interview and the chance to win.
Winnie T from Utah

I've not read any of Robin's Kings Meadow books, but have loved her other books that I have read in the past.

I love how Robin says she is a "seat of the pants" writer and once she starts writing, she goes back everyday to see what the characters are doing. That is so awesome! This books looks great!

I too love this book cover. thanks for the chance to win a copy of this book
live in ND

Robin Lee Hatcher...one of the best! Great cover for a great book!

I have loved Robin Lee Hatcher's books since I picked up my first one "way back when." I'm looking forward to reading this third King's Meadow book. Would love to win!

I love the song and I know I will love this book too!
Beth from IA

I would love to win and read this book.I love all Robin's books.Thanks for the chance.Jackie from.N.C.

What a heartbreaking beginning. Definitely would like to read what happens. From KY.

I've been loving moments to color also! Keeper of the Stars sounds wonderful.
Merry in MN