FROM BAGS TO RICHES - Sandra D Bricker - One Free Book

Dear Readers, I first became of Sandra when we both wrote for the same publisher. Soon after her first book came out, I met her face to face at the national American Christian Fiction Writers conference. We’ve been friends ever since. Redheads seem to gravitate to each other at those conferences. Sandra has a unique writers voice that can take serious subjects and find ways to help people deal with them, and she does all of this through some serious humor. I know that’s an oxymoron, but it’s true. 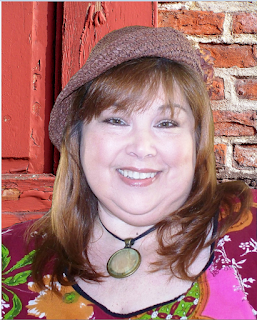 Welcome back, Sandra. Do you have a favorite genre to write? If so, what is it?
I transitioned last year from Laugh-Out-Loud fiction to Live-Out-Loud, but I think humor will always be part of my storytelling. That said, I’m really enjoying the opportunity to weave in deeper threads of life to my novels. For instance, last fall’s Moments of Truth addressed some pretty serious subjects along with the romantic challenges of five best friends. I was able to do that in From Bags to Riches, the wrap-up to the Jessie Stanton novels for Abingdon Press, as well. In this book, the finale of the series, I was able to go deeper with Jessie’s story than ever before. There’s a real freedom – for me as a writer, but also for the readers – in not being limited to the feel-good happily-ever-after. Not that my books will ever lose that quality … but I feel like I’m writing a more grown-up, thought-provoking story these days and my readers seem to be responding to it.

If you didn’t live in the part of the country where you do, where would you live?
A couple of years ago, I packed up my entire life and moved north again for the first time since I left in my twenties. I grew up in , but I spent my entire adult life in and . So coming back to in time for the worst winter on record was a shock to my thin blood! Now my blood has had time to thicken up, and I find myself really enjoying the snow and cold weather. That said, my ideal spot to live would be … assuming I could afford it, of course. It’s a pricey area of the country, but so beautiful.

What foreign country would you like to visit and why?
. I long to walk where my Jesus walked, see the things He saw.

There’s a slight possibility I might get to go to soon. Describe what you think would be the most romantic vacation you could take.
I’d love to sail off to a deserted island somewhere; one of those spots that have like ten villas on the whole island. Private beaches, magnificent views, sun and sand, gentle breezes, and lots of peace and quiet. I was born in , and my parents used to always say that I’d never been able to shake my “California-ness.” I recharge on the water like nowhere else.

Where would you like to set a story that you haven’t done yet?
I’m new enough to and the area that I’m still exploring to find the beautiful places. Once I do that, I think I’d love to set a book on Mackinac Island or possibly a teeny little lakeside town I’ve discovered across the border in called Luna Pier.

What is the main theme of this novel?
The bottom line of Jessie’s whole story – but particularly this third and final book in the series – is that our childhood experiences shape a large part of who we’re going to become. I mean, you can certainly take the girl out of (or in Jessie’s case, ), but the or in the girl is pretty much there to stay. We often spend so much time running away from who we used to be that we miss the important fact that it’s the foundation that helped form who we are. While our past never has to define us, it’s imperative to learn from it. 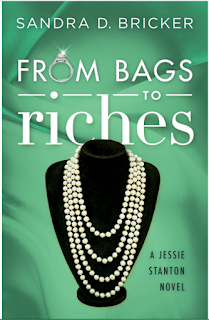 Tell us about the story.
Jessie worked so hard to put her roots in the rearview mirror. Now, in her quest to find the success, true love, and faith that has always eluded her, will God really lead her right back home?

Please give us the first page of the book.
Jessie hummed along with James Taylor as Danny drove along in silence. She glanced over at him and smiled. She loved the way he always removed the elastic band from around the gear shift and pulled his shaggy, long hair back into a ponytail before they set out anywhere in his open Jeep … and the way he always reached into the box behind the driver’s seat and produced a cloth band for her hair. Even the music serenading their drive embraced her with a comfortable, predictable lull. She’d had so much instability in her life that the calculability of Danny’s behavior had become a welcome warm blanket on a chilly night.

“Hey,” she said suddenly as a thought struck her, a memory of her best friend speaking to Danny in a whisper. “What was Piper talking about?”

Danny’s dimples deepened as he grinned. “What do you mean?”

“Before we left the courthouse. She told you something like, ‘Today. Not tomorrow, but today.’ What did she mean? And where are we going, by the way?”

“To celebrate,” he stated. “You have just been set free from a barnacle by the name of Jack Stanton. You’re free. Your store can re-open, and you can write your name with confidence again. You, my friend, are Jessie Hart.”

Not that she’d ever actually been Jessie Stanton, but for a dozen years or so, she’d been duped into believing it while living in a world of utter make-believe, a world Jack had fabricated for the benefit of just about everyone he knew – including her, his fairytale wife. Instead, Jack had been a handsome cancer making his silent and diabolical way into every available cell of her life, conning her into believing their world – his business, the home they made, and the dreams they’d been dreaming – had been built on a solid foundation of rock. But when the sand was discovered, that life crumbled so quickly she’d barely had time to escape with anything more than the clothes in her closet and the rock on her hand … both of which became the stuff new foundations were made of. In her case, Jessie’s non-sand bedrock came from the sale of nearly four carats of perfect clarity dropped into a platinum setting, and the proceeds had funded a marginally acceptable apartment. Combined with the designer labels left behind in her closet, the infrastructure of her brand new life had been built: Adornments. Designer labels for rent to wannabes with champagne dreams living on ginger ale budgets.

“Hey, wait a minute,” she blurted as she noticed the familiar surroundings. “Where are we, exactly?”

“Somewhere we can celebrate.”


Thank you, Sandra, for sharing this new book with us. I know my readers are as eager as I am to read  it.

If you’re reading this on Goodreads, Google+, Feedblitz, Facebook, Twitter, Linkedin, or Amazon, please come to the blog to leave your comment if you want to be included in the drawing. Here’s a link:
Http://lenanelsondooley.blogspot.com
Posted by Lena Nelson Dooley at 8:06 AM

Email ThisBlogThis!Share to TwitterShare to FacebookShare to Pinterest
Labels: From Bags to Riches, Sandra D Bricker

would love to win. angela in ky

I'd love to visit Israel too. A great first page.

Would love to win a copy.

I live in INdiana.

Thanks for this interview with Sandra.
Blessings!
Connie from KY
cps1950(at)gmail(dot)com

Sandra, I'm already dreaming of that remote island you're talking about! Thank you for the interview with Lena! Thrilled to be enter to win your book!

winning this book would be so awesome. Thanks for entering me.

This book sounds like a fun read. Thanks for the chance to win.
Brenda in VA

So glad to see more books by Sandra. Would love to win!

This sounds like a great read! Thanks for a chance! Have a Blessed day!

oh, I love Sandra's books thanks for the chance to win

I want to read this. Thanks for the giveaway.

Thanks for the interview and giveaway!