BIO: Donn Taylor led an Infantry rifle platoon in the Korean War, served with Army aviation in , and worked with air reconnaissance in Europe and . Afterwards, he earned a PhD in English literature (Renaissance) and for eighteen years taught literature at two liberal arts colleges. His poetry is collected in his book Dust and Diamond: Poems of Earth and Beyond. His fiction includes a light-hearted mystery, Rhapsody in Red, and its sequel, Murder Mezzo Forte. He has also published a historical novel, Lightning on a Quiet Night (a Selah Awards finalist), and two suspense novels, Deadly Additive and The Lazarus File. He is a frequent speaker at writers’ groups and conferences. He lives near Houston, Texas, where he continues to write fiction and poetry, as well as essays on writing, ethical issues, and U.S. foreign policy. 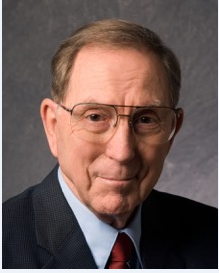 Welcome back, Donn. Tell us about your salvation experience.
It happened at an ordinary Sunday evening church service when I was 14. I don't remember what the visiting minister said in his sermon, but during the service I began to feel that I was lacking something essential and that I needed to make a commitment. So I answered the invitation and, later, was baptized. I didn't understand very much at the time, and there was a lot of back and forth in the years following because I confused the deficient conduct of Christian leaders with the genuine truth of the Gospel. But everything that has happened since then in the way of belief traces from that particular moment.

You’re planning a writing retreat where you can only have four other authors. Who would they be and why?
Deborah Raney because she writes women's fiction, she is an excellent teacher of fictional techniques, and because her outgoing personality and interest in people draw conferees to her.
Terry Burns because he is well versed in genres of fiction as well as marketing, and because his personality and approach also attract conferees.
Karen Whiting because of her expertise in article writing and in marketing, and because of her interest in helping other writers.
Janice Thompson because of her expertise in the romance genre and in all aspects of marketing, including self-publication, together with her great energy and interest in other writers.
All four, of course, are dedicated Christians.

What is the most embarrassing thing that has happened to you and how did you handle it?
As a 17-year-old freshman seated in my father's literature class, I had a delayed anaphylactic reaction to a dental anesthetic (Novocain). The symptom was simply passing out for a few seconds. There wasn't much I could do to "handle it." Two football players helped me out to Dad's car, and he came quickly after. The rigors began after we got home, and a shot of counter-irritant turned me every way but loose. The embarrassing part came about two weeks later when I returned to college, and I had to explain dozens of times what had happened. (Drug reactions were not widely understood then, even by some dentists.) I hated admitting the weakness some people perceived, but just brazened it out regardless of how they reacted. Some questioned my not running in the first track meet of the season, but the talk died down after I became established in the two mile run. The only bad thing after that was having my dental work done without anesthetic for about ten years until lidocaine came on the market.

People are always telling me that they’d like to write a book someday. I’m sure they do to you, too. What would you tell someone who came up to you and said that?
When that happens, I usually begin by asking what kind of book the person has in mind. If nonfiction, I ask what qualifies him to write it, then ask how he will research it. For fiction, I ask the genre. (That may take some time to identify.) For both fiction and nonfiction, I ask what the prospective author has studied on structure for that kind of book. At that point, I usually compare learning to write for publication to the time and practice required for learning to play a musical instrument or play basketball. I end by recommending that the prospective author join a writing group for guidance as he writes his book. In all of that, I try to strike a balance between encouraging and making sure the prospect has some appreciation of the time and effort required.

Tell us about the featured book.
Murder Mezzo Forte is a sequel to Rhapsody in Red with the same protagonists. Preston Barclay ("Press") is a reclusive history professor who suffers from musical hallucinations. Mara Thorn (the name she chose when she re-invented herself) is a headstrong professor of comparative religion, a former Wiccan recently converted to Christianity. Earlier, they solved a campus murder.

He is a reclusive history professor with musical hallucinations, she a headstrong professor of religion and a converted Wiccan. Earlier, Preston Barclay and Mara Thorn solved a campus murder, but now police say they formed two-thirds of an illicit love triangle with a newly murdered female colleague—and they're probably guilty of her murder.

A leak of the alleged scandal to the college administration threatens their jobs. Their desperate attempt to prove themselves innocent of the triangle and the murder plunges them into a tangle of unsavory corporate relationships among college trustees. And it puts their lives in danger from a mysterious criminal organization that seems to have tentacles everywhere.

Can this ill-matched pair's stumbling efforts succeed against the entrenched forces of the police, the college's incompetent administration, and that powerful but unseen criminal organization? If not, they may end up unemployed, in prison, or suffering a fate much worse ...

Please give us the first page of the book.
In that first week of February we didn't know that was about to exceed its annual quota of murders.
We had no inkling of it that Thursday evening when the college administration held a reception for trustees and faculty. I didn't know then that Professor Mitra Fortier would make trouble or that I would have to defend myself against scandal and worse. We would learn all of that later.
The administration called it a reception, but it had no receiving line. Everyone just showed up at the gymnasium, now called "The Fitness Center" because the new president who joined us after The Crisis renamed everything either a Center or a Service. Faculty straggled in half frozen by the Midwestern winter and joined whatever groups they could find. The event had been billed as a mixer, but it didn't mix. Trustees talked to trustees, the president and dean talked to trustees, and faculty cliques talked to themselves. Yet everyone seemed to share an unspoken purpose: to forget that last semester our philosophy professor had murdered a faculty member on campus.
Someone had thrown a tarp over half of the gym floor so our street shoes wouldn't scar the finish. The gym's bright overhead lights cast an air of unreality over everything. Perhaps because of them I started wondering what was real and what wasn't.

I stood alone at one side, battling the music in my head and grieving for receptions past when my wife, Faith, was alive. We talked to everyone then. But now, as the campus recluse, I don't talk much at all. As always, I dreaded returning to my empty house and Faith's Steinway grand piano that has stood silent these past three years.

With any luck, I thought, I wouldn't have to talk to anyone. So I simply listened while the orchestra in my head played the overture to Die Meistersinger.

How can readers find you on the Internet?
My website is www.donntaylor.com. I post something every day—humor on most days—on my Facebook pages, www.facebook.com/donntaylor and www.facebook.com/authordonntaylor. I'm also at www.twitter.com/donntaylor3. I join others in blogging at http://authorculture.blogspot.com. Typing my name into Amazon will bring up my page in Amazon's Author Central.

Thank you, Donn, for sharing this new book with us. I loved all your other books and am eager to read this one.

Readers, here are links to the book. By using one when you order, you help support this blog.
Murder Mezzo Forte - A Preston Barclay Mystery

If you’re reading this on Goodreads, Google+, Feedblitz, Facebook, Twitter, Linkedin, or Amazon, please come to the blog to leave your comment if you want to be included in the drawing. Here’s a link:
Http://lenanelsondooley.blogspot.com
Posted by Lena Nelson Dooley at 7:17 AM

I have musical hallucinations. I wish I understood why. It's normally only when it's silent though. So, mostly just at night. I guess that means this is the book for me, right? I'd love to read it.

The first sentence caught my attention that's for sure.

I've enjoyed every book I've read by Donn Taylor. His seem so different. I like that in an author. My favorite is Deadly Addittive! Rachael in Maine

First page sounds awesome. Definitely want to read the rest of the book.
Brenda in VA

Hi Donn & Lena! I've not read any of the Preston Barclay series yet, but I love the idea of music playing a part in the mysteries. I'm so looking forward to reading this series!
Kristen in OK

This is on my wanted list!!
Dee from NE

Thanks to all of you who commented. I hope all of you enjoy the book. You might want to try Rhapsody in Red (first in the series) first, but it's not essential. Murder Mezzo Forte can stand alone. For Linda: If you have musical hallucinations, you're in famous company. Beethoven probably had them, and Schumann definitely did. Schumann thought the ghost of Schubert was dictating them to him. For all of you: Hope you enjoy, and thanks again for weighing in.

I love the first page! I'm sure I will enjoy this book, and plan to read the prior one, also.
Tennessee