GAME ON - Lillian Duncan - One Free Book + Plus Other Giveaway

BIO:
Lillian Duncan…Stories of faith mingled… with murder and mayhem.
Lillian is a multi-published author who lives in Ohio Amish country with her husband. After more than 30 years working as a speech pathologist for children, she believes in the power of words to transform lives, especially God’s Word.

Lillian writes the types of books she loves to read—fast-paced suspense and mystery with a touch of romance that demonstrates God’s love for all of us. 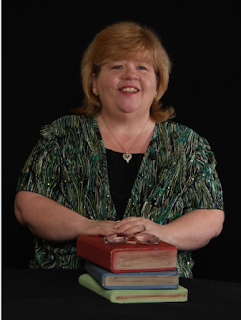 Welcome back, Lillian. Tell us about your salvation experience.
I was saved as a teen around the age of 13, but when I got out of high school stopped going to church. And, of course, the longer I stayed away the more bad decisions I made until my life was a mess.

I finally “came back” to God in my forties. Looking back, I can see that God didn’t abandon me during that time even though I abandoned him. He was there all the time protecting me and keeping me safe in spite of my bad decisions. God is so good.

That is so true. You’re planning a writing retreat where you can only have four other authors. Who would they be and why?
I would want Agatha Christie since she’s the one who ignited my love of mysteries. Then, I’d also want Margaret Mitchell because…well, because she wrote one of my favorite books ever—Gone With The Wind. Then along with them, I’d invite two current authors, Terri Blackstock and Brandilynn Collins. Not only do I love their books, but the first time I read them, I thought to myself, “they write like me.” That’s when I knew there was a market for the type of books I write.

Do you have a speaking ministry? If so, tell us about that.
I was beginning to have a small speaking ministry until I was diagnosed with bilateral brain tumors in 2012. I had several speaking events scheduled at that time but eventually had to cancel them. Since then, I haven’t done any public speaking engagements because I don’t know how I’ll feel from one day to the next and it wouldn’t be fair to make a commitment then back out at the last minute.

What is the most embarrassing thing that has happened to you and how did you handle it?
So many and so little time! Several come to mind, it’s hard to pick only one that I’d even want to share with the world. I’ll have to think about that one for a minute.

OK, I thought about it. There was this time I walking down the streets of and…Mmm. No, That’s not a good one. How about the time I was in and… No, not good.

OK, got it! I was in high school and we had this “large” study hall, but really how large could it have been since the whole school had less than 600 students. Anyway… I was walking from the back to the front. I have no idea why. As I was walking, people started laughing and as I kept walking forward, more people kept laughing. It seemed to me that the whole study hall was laughing at me by the time I reached the front of the room.

What did I do? I simply ignored all the commotion, sat down and read my book—as usual!

People are always telling me that they’d like to write a book someday. I’m sure they do to you, too. What would you tell someone who came up to you and said that?
Then write it! I know that sounds trite but that’s really what I tell them with the explanation that the only way to become a writer is to write. Then I go on to tell them that their first book should be a “practice” book and probably never published. Once they’ve written that first book, then it’s time to learn the craft of writing by reading books about writing, taking classes and workshops, and joining a critique group, and, of course, keep on writing. 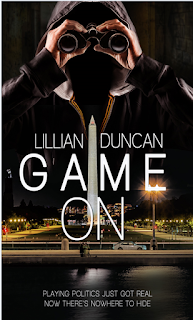 GAME ON is a political thriller. I had a lot of fun writing this one. It just flowed from my fingertips through the keyboard and onto the paper, actually monitor. I wrote the entire first draft of the book in about 5 weeks while I was “camping” on the coast which is why it probably got set in .

Here’s a bit about the plot: Congressman, Lucas McMann wants to throw his hat into the political arena once again, this time for the U.S. Senate. It’s the next step on his journey to the White House, but he believes he’s the victim of an elaborate stalking game.

The problem is no one believes him. He can’t move forward until he stops the game. He can’t stop the game until he discovers who’s behind it. To do that he needs someone who will believe in him enough to help him get the proof he so desperately wants.

And he knows just the person. If only she’s put their past behind her.

Private Investigator, Nikki Kent makes a living finding out other people’s secrets, but she has one of her own. When Lucas shows up asking for her help, she refuses. She can’t take the chance of her secret coming to light. But her new-found faith won’t let her turn her back on someone who is desperate for her help—even if he was the first man to break her heart!

BLURB for GAME ON
Politics is no game when a stalker nears and there’s nowhere to hide.

A run for the senate is just a step on the road to the White House for Congressman Lucas McMann. But his public profile has put him in the middle of a crazed gunman’s twisted game of stalking. If he wants to win the election and reclaim his life, he’ll need the help of the one person who’d rather leave their past behind them.

Private Investigator Nikki Kent knows how to dig up secrets and discover those who exist in the shadows. She should. She’s good at hiding secrets of her own. Can she risk her own discovery for someone so desperate for her help? For the first man who broke her heart?

With new-found faith, she’ll help Lucas search for the answers. But with the truth comes a danger they must face together.

My publisher did a great book trailer to go along with the book. Check it out:

Please give us the first page of the book.
Lucas McMann walked down the street, pretending everything was normal. With his premature gray hair and his expensive suit, he looked the part of a senator even if he wasn’t one yet. And he never would be—if something didn’t change soon.

Scanning the area, his heart rate increased with every step. Only the strictest discipline kept him from breaking into a run. If he did that, then they’d know he knew.

The situation was intolerable, possibly even dangerous.

As he forced his footsteps to slow, his gaze flitted from person to person. Was the young girl with spiked pink hair one of them? Or the older man dressed as a tourist? Or the well-dressed man pretending to be a businessman?

It could be any of them or all of them.

They were everywhere. No matter where he went, he couldn’t get away from their prying eyes or their cameras. And now not even his home was safe. As they’d proven last week.

The towered over the city.

After all that he’d lost, his career was the only thing he had left. He’d never become the next senator from if he couldn’t stop them. There was no way he could focus on the upcoming election if these people kept hounding him.

It was part of the plan his father had mapped out.

It had worked perfectly up to this point. First, local government, then the state. He’d been a congressman for the past four years. Now it was time to move up to the Senate. Each step moved him closer to his ultimate goal—the White House.

How can readers find you on the Internet?
To learn more about Lillian, you may visit her at www.lillianduncan.net or www.lillian-duncan.com. She also has a devotional blog at www.PowerUpWithGod.com.

Thank you, Lillian. I know I'm going to love reading this book.

Readers, here are links to the book. By using one when you order, you help support this blog.
Game On

Posted by Lena Nelson Dooley at 11:09 AM

Email ThisBlogThis!Share to TwitterShare to FacebookShare to Pinterest
Labels: Game On, Lillian Duncan

Thanks for sharing Lillian's interview and first page.
Connie from KY
cps1950(at)gmail(dot)com

It's been a while since I read a political thriller. Sounds exciting.

I enjoy political thrillers, action, suspense, etc. After reading and reviewing a lot of romance novels, I need a break with a book like this. Edward A in VA

I don't read a lot of suspense novels , but this does sound intriguing!

I enjoyed reading these creative interview questions and the author's responses!
Dianna in TN