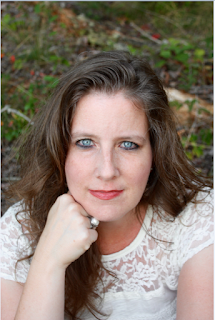 Bio: Lisa Harris is a bestselling author, a Christy Award winner, and the winner of the Best Inspirational Suspense Novel for 2011 and 2015 from Romantic Times for her novels Blood Covenant and Vendetta. The author of more than thirty books, including Vendetta, Missing, Pursued, and the Southern Crimes series, Harris and her family have spent fourteen years living as missionaries in southern Africa. Learn more at www.lisaharriswrites.com.

—Bestselling and award-winning author Lisa Harris unveils an unforgettable story of a case that has haunted the public and law enforcement for more than a decade.

During Garrett Addison’s first week on the job as a criminal investigator for the Tennessee Bureau of Investigation, his team is called out to a murder scene of a young girl. She’s just one in a string of disappearances with a single thing in common—a Polaroid photo of each victim left behind at the crime scene.

The FBI is pulled into the case to help, and Garrett finds himself working with Special Agent Jordan Lambert, the woman he once loved. When yet another girl dies, Garrett blames himself and believes he doesn’t have what it takes to be an agent. What he’ll discover is that, while he may be done with the killer, the killer is not done with him—or Jordan.

Fans of the Nikki Boyd Files will thrill to finally discover what actually happened to Nikki’s sister, Sarah. New readers will become instant fans after devouring this chilling tale.

Welcome back, Lisa. Can you please tell us about your new book?
Garrett Addison’s first case as a criminal investigator for the Tennessee Bureau of Investigation is the murder of a young girl, which is quickly tied to a string of disappearances and a possible serial killer. Special Agent Jordan Lambert, a woman Garrett once loved, joins the case, but another girl is killed and they are unable to find the elusive killer. With a string of murders now spanning over a decade, the case will push those involved to their limits as they search for the truth. Readers who enjoyed the Nikki Boyd Files will be happy to see several appearances of Nikki in the book, from before she became involved in law enforcement to the final showdown and revelation of what happened to her sister, as well as her and Tyler Grant’s relationship. 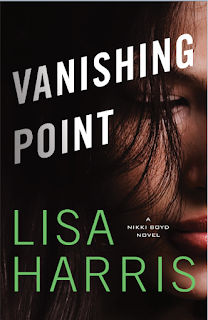 How did you come up with the plot for Vanishing Point?
After writing the Nikki Boyd series, my publisher asked that I write a fourth book that would tie up the series—in particular the story line of what happened to Nikki Boyd’s sister, Sarah, who disappeared over a decade ago. I loved the chance to spend the pages of an entire book telling her story along with the other girls who were victims of the Angel Abductor.

How did you choose the setting for your novel?
Since this book is tied closely to the Nikki Boyd Files, I kept this fourth novel set in as well since that is where Sarah and the other girls vanished.

What was the most interesting thing you learned while doing research for your book?
In many ways it was a heartbreaking story to write. Because of this I worked hard to ensure readers are given a satisfying story that completely wraps up the series. While I normally do not like stories about serial killers—and, honestly, avoid them—this is more than just a book about the Angel Abductor. It’s about relationships, loss, and how God is still right there in the midst of tragedy.

Research on serial killers was actually very interesting. And especially the fact that most are not like ’s stereotypes.

What lesson(s) do you hope readers will take away from reading Vanishing Point?
One of the main questions asked in the novel is, where is God when tragedy strikes? It’s a question both Garrett and Jordan struggle with throughout the book. In the end, they come to the same conclusion that I pray my readers will come to. Just because God doesn’t intervene in a situation doesn’t mean he isn’t there. In fact, he is there, but he has decided not to just sweep down and fix our problems every time something goes wrong. Instead he chose to redeem us eternally by sending his Son.

What are you working on next?
I’m currently working on a brand-new stand-alone for Revell that will come out in 2018. It’s another fast-paced suspense novel that deals with hackers and a secret worth dying for.

I’m eager to feature that book, too, when it comes out. How can readers connect with you?
I really do love hearing from my readers! You can check out my books at my website, www.lisaharriswrites.com, or stop by my Facebook page at https://www.facebook.com/AuthorLisaHarris.

If you’re reading this on Goodreads, Google+, Feedblitz, Facebook, Twitter, Linkedin, or Amazon, please come to the blog to leave your comment if you want to be included in the drawing. Here’s a link:
Http://lenanelsondooley.blogspot.com
Posted by Lena Nelson Dooley at 11:23 AM

OH YES PLEASE!!!! I've read this series up to this one to review and then the publisher cut me out from the last one/or they didn't send me one because of shipping issues....I don't know! I've been DYING to read and review it!

Thank you SO much for the opportunity to win!

This sounds exciting which is perfect for me. I'd love to read it.

Very intriguing story and would like to find out what happened to the disappearing girls. Vivian Furbay of Colorado

I will have to decline because this book was given to the Church Library.
We have her books in the library and our readers love them.
Janet E.
von1janet(at)gmail(dot)com
Florida

I love reading suspense. It's so true that God is with us during tragedy. Would love to read Lisa's book.
marypopmom (at) yahoo (dot) com
Maryann in New York

I am intrigued by this one! Thank you, Lena!

Yes please! Fun author interview, this one is on my must-read list :-)

Wow! This book sounds so intriguing! Thanks for the great interview and the chance to win a copy of the book.

THIS book is at the top of my Want To Read list.......thanks for your giveaway.
Jackie in GA

Would love to win Martha in Conyers Ga

This sounds great! Thanks for sharing!
Blessings!
Connie from KY
cps1950(at)gmail(dot)com