Bio:  Barbara Cameron loves writing stories about the Amish and is the author of four series including the new Harvest of Hope series for Gilead Publishing. Her books have appeared on Christian bestseller lists and been adapted into three HBO-Cinemax movies. Barbara loves visiting friends in , the setting for her Amish books. 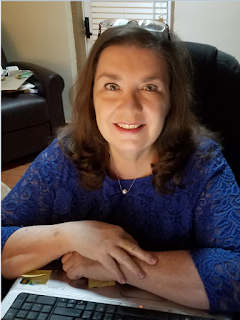 Welcome back, Barbara. How did you come up with the idea for this story?
I was thinking of the farm where my mom and her eight siblings grew up. The youngest son inherited the farm. I got to wondering what would happen if an Amish man got older and his son had left the community and he had no one to pass the farm down except for his very Englisch grandson . . .

If you were planning a party with Christian authors of contemporary fiction, what six people would you invite and why?
Ramona Richards, Barbara Scott, Debby Mayne, Cindy Woodsmall, Kathleen Fuller, and the late, very dear Sandie Bricker. I miss Sandie so much. She had such wit and wisdom and above all, loved God so much.

A very good group. I miss Sandie, too. Loved her so much. Now let’s do that for a party for Christian authors of historical fiction, what six people would you invite and why?
I’m afraid my list would be shorter because I tend to read contemporary more than historical. But it would include you, , because you were one of the first I read in this genre. Then Loree Lough and Suzanne Woods Fisher.

Thank you. I’d love to spend time with you, Loree, and Suzanne. Many times, people (and other authors) think you have it made with so many books published. What is your most difficult problem with writing at this time in your career?
Some author once said you are only as good as your most recent book. So every book has to not only be good but I think better than your last. My most difficult problem right now is keeping myself from going back over the previous day’s work and getting bogged down in editing. I do best when I go straight through to the end and then revise. So I make lots of notes for the second (and third…) draft.

Tell us about the featured book.
From the back cover blurb: Miriam Troyer has had a secret crush on Mark Byler since they were teenagers. She knows they can never have a relationship: 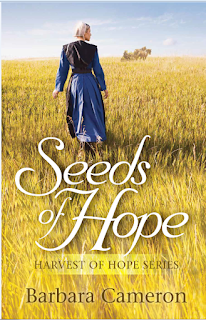 Mark is a big-city attorney—an Englischer —and Miriam loves her quiet way of life in her Amish community. But when Mark unexpectedly shows up in , Miriam
realizes it’s going to get a lot harder to hide her feelings. Even though Mark always loved visiting his grandfather’s farm as a boy, he’s convinced the Amish life is not for him. But when he suddenly finds himself out of a job and without direction, Mark heads back to the farm just in time to help with the harvest. Coming for a visit and coming to stay, however, are two very different things. Everything changes when Mark sees that Miriam, the girl he remembers from his youth, has grown into the kind of faith-filled woman he wants in his future. Could life in this simple world be right for Mark after all? Has Miriam finally found her happily ever after? True love sprouts from seeds of hope. They live in completely different worlds. Can love bring them together?

Please give us the first page of the book.
Miriam guided the horse-drawn buggy into the lane that led to John Byler’s home. She was lost in the beauty of the scene that unfolded before her. Wind ruffled the tall grasses about to be cut into hay. Livestock grazed in a pasture. The farmhouse itself was a rambling white wooden home that had been added on to by generations of Bylers as the family grew. The old house was the embodiment of Amish peace and tranquility.

John Byler sat on his front porch, his gray head bent as he wrote in a notebook.

How John loved writing letters, she thought fondly. She hated to interrupt him but when he glanced up and smiled at her she could tell he didn’t regard her dropping by as an unwelcome interruption.

And it wasn’t just because he knew she brought him some baked goods. He had become a good friend, someone who listened and encouraged and offered wise counsel. They were a generation apart but age had never made a difference in their friendship.

She waved her hand at him, called for him to stay where he was but he was already up and making his way to her. He was limping more than usual today. It had rained earlier and she knew his arthritis always acted up worse then. It had become more and more of a problem the last year or so. Still, he was determined to keep going each day and take care of his farm. “If you stop doing, you’ll stop being,” he’d say when she worried about him.

He reached for the handle of the basket in her hands.

They had their usual tug-of-war which he won like always.

He grinned and laugh lines crinkled around his eyes, the color of faded denim. “We should help each other, shouldn’t we?”

“Ya,” said with a sigh and a smile. His gentle charm and courtesy reminded her of her grossdaadi who had passed years ago.

Both qualities had seemed to be lacking in the men she’d dated.

He set the basket on a small wooden table on the porch and waved a hand at one of the rocking chairs flanking it. “Do you have time to visit a bit?”

Now it was her turn to grin. “And when, I ask you, don’t I have time to visit with you? So, how was your day?”

“Gut.” He gestured at the pad of paper and pen on the table. “Just sitting here writing my grosssohn.”

She didn’t need to ask which one. John had only one. Only one sohn as well. Most Amish families had many kinner and thanked God for them. John had never complained that he hadn’t had a larger family with his fraa, long dead now. But he reveled in the times his grosssohn visited.

Thank you, Barbara, for sharing this new book with use. It sounds really interesting. Because of my own book deadlines, I’m not reading as much fiction as I usually do. This is in my to-be-read-soon pile. And I know my blog readers will love it, too.

If you’re reading this on Goodreads, Google+, Feedblitz, Facebook, Twitter, Linkedin, or Amazon, please come to the blog to leave your comment if you want to be included in the drawing. Here’s a link:
Http://lenanelsondooley.blogspot.com
Posted by Lena Nelson Dooley at 10:55 AM

I am SOOOOOO looking forward to reading this book, thank you for the chance to win a copy.

I would love to read Barbara's new book. Sounds like a wonderful story.
marypopmom (at) yahoo (dot) com
Maryann in New York

Interesting friendship and I am wondering what happens to John's advice. Vivian Furbay of Colorado

Barbara Cameron's books are always excellent reads. This sounds wonderful. I'd love to win a copy and would share it with the ladies in our church that love reading Amish fiction. Much appreciation, Lena, for hosting.

Wanted to read SEEDS OF HOPE since I first read about it. I love Amish books and this one really sounds like an awesome book. Details about the book just makes me want to read it all the more. Thanks for the chance to win a copy!
2clowns at arkansas dot net

Would love to read Seeds of Hope. Thanks for the contest!

I am so excited to read this!
I'm Hannah Corner, from Panama City, FL.

Readers in the church library enjoy our Amish books, both Fiction and Non-Fiction.
Thanks for including me in your giveaway.
Janet E.
von1janet(at)gmail(dot)com
Florida

I have read several books by Barbara and very much enjoyed them. I appreciate the information on this new one. Thanks! Jane in TX

I love Barbara Cameron’s Books and would be so happy to win a copy of this one. 😍 It sounds like a really good read!
VanG in NC

I look forward to reading more of this story. Thank you for sharing.
Blessings!
Connie from KY
cps1950(at)gmail(dot)com

Lena, Thank you for interviewing Barbara Cameron. I love how well-researched and genuine her novels are!
I am leaving my state out so, hopefully, a new reader can win this novel and find a new favorite author in Barbara.

I really like reading Barbara Cameron's Amish novels. Would love to win this one. Thank you for the opportunity to win.

Amish books are my favorite. I have not read any of Barbara's books yet but look forward to reading them. I enjoyed the first page.
Beth from IA

I love Amish books.I am looking forward to reading this book.It sounds great!Thanks