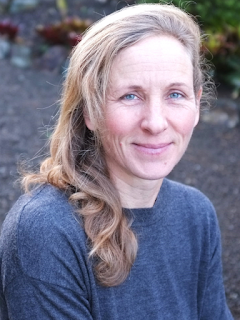 Welcome, Carol. Tell us how much of yourself you write into your characters.
My debut novel Atlantis definitely has a lot of my younger years in it. I was searching for answers to various questions at the time, and I was using my interest in myth and mythology to try and answer them. Atlantis reflects that search.

What is the quirkiest thing you have ever done?
I sent birthday wishes and flowers on the completely wrong date. The person was delighted anyway.

When did you first discover that you were a writer?
When I was traveling at the age of 19. I took a lot of notes about different cultures, people, and their stories. When I first settled in , I started to submit my articles to a travel magazine.

Tell us the range of the kinds of books you enjoy reading.
I enjoy reading other authors of the visionary/metaphysical genre, also romance and fantasy. If it has a historical element, even better.

How do you keep your sanity in our run, run, run world?
I live in a very remote region of where everything is very relaxed. I still have to keep my sanity, though, so I read and write, surf, and mountain bike.

How do you choose your characters’ names?
Yes, that’s an interesting one. There wasn’t a lot to research for Atlantis, so I went with ancient Greek names. A lot of them started with ‘A’, so I might have favored the letter ‘A’ a bit, lol.

What is the accomplishment that you are most proud of?
I am actually really proud that Atlantis was accepted and published by Clean Reads without an agent.

If you were an animal, which one would you be, and why?
I would have to be an eagle. There is a lot of myth woven around the two main characters in Atlantis, all involving a wolf and an eagle.

What is your favorite food?
Homemade. I love food, but it has to be homemade.

That’s called “pure food” by many nutritionists in the . I love pure food, too. What is the problem with writing that was your greatest roadblock, and how did you overcome it?
The thought of my story being read. I didn’t have problems writing until I reflected upon potential readers. Then everything shut down. So I decided that I would not publish it anyway, and that helped. When it was finished, I told myself that sending it to publishers was also safe, because there was very little chance of it being picked up. It was quite a shock when it happened, but I am getting used to the idea of readers now, and it’s easier to write the second one. 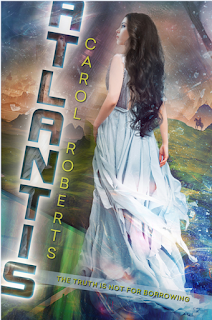 Atlantis is a speculative story, written like a mystery. It follows the High Priestess who is drawn to look into the past to understand her visions of the future. The story has a visionary/metaphysical element, investigating concepts like destiny and the choices within that.

Please give us the first page of the book.
Prologue
“And that is all I can tell you.”

The big, leather-bound book closed with an air of finality, as if to never again disturb the dust particles that resettled on the ancient, worn cover. Derwan’s voice, harsh and abrupt, carried all the weight of his rank and age, and, bending slightly forward, his whole position radiated an intense dislike of the situation.

The silence between the two dimly illuminated figures lengthened, permeating the ancient Hall of Priests and weaving intricate patterns of potential words and meanings through the thick stone columns and heavy torch holders. Not all the candles were still burning; some had melted into wax pools whilst others were about to extinguish, flickering wildly and releasing puffs of smoke into the blackness above. Then the stillness became heavy, and Derwan started to feel strained.

Nobody but the woman opposite him held the right or rank to ask for such a lengthy audience, nobody had ever dared to give him, the high priest, the position to wait patiently for a dismissal, and it was unheard of that anybody had ever dared to go back in time and request insight into the Book of Justice. And yet, to his old and watery eyes, the woman was only a child wasting his precious time. His anger flared suddenly, throbbing behind the grey skin of his temples and pulsating like a hissing snake through his withered veins.

Alanthea sat motionless, her eyes still tracing the faded image on the book cover: a wolf, standing upright and proud, looking back over his shoulder toward an eagle soaring just above.

How can readers find you on the Internet?
Amazon author page: https://www.amazon.com/Carol-Roberts/e/B077JX4SWD/ref=dp_byline_cont_ebooks_1
Twitter: @authorRobertsC ,
My newsletter that people can sign up to; sent on the 30th of each month: https://www.smore.com/nj9mg-atlantis-by-carol-roberts

Thank you, Carol, for sharing your debut book with me and my readers.

Readers, here’s a link to the book.
Atlantis

If you’re reading this on Goodreads, Google+, Feedblitz, Facebook, Twitter, Linkedin, or Amazon, please come to the blog to leave your comment if you want to be included in the drawing. Here’s a link:
Http://lenanelsondooley.blogspot.com
Posted by Lena Nelson Dooley at 10:47 AM

Cngratulations for your debut book!
Blessings!
Connie from Kentucky
cps1950(at)gmail(dot)com

Hi, I am one of your website customers. I want to thank you for all your post and particularly this post on your website. You are doing the best job.
digital marketing services in india