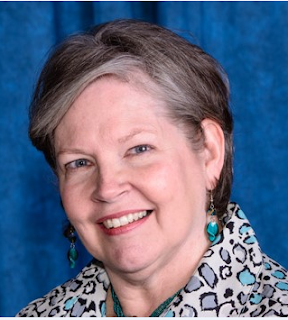 Welcome, . Tell us how much of yourself you write into your characters.
I believe most authors will tell you there’s a little piece, and sometimes a very large piece of themselves, in every character. That’s certainly the case with my characters in the Imperfect Series.

What is the quirkiest thing you have ever done?
I once accepted a dare to cross a railroad bridge that spanned a river in my hometown. As someone who’s afraid of heights, this proved rather foolhardy on my part. Halfway across, I heard the train whistle, panicked, and jumped from the trestle into the river. To this day, I refuse to walk across a bridge and won’t go near train tracks on foot.

When did you first discover that you were a writer?
I’ve always been a writer harking back to elementary school days. I wrote skits and plays, and even won $5 for an essay. Even in the jobs I’ve held over the years, writing always seemed to become a focal point.

There was a defining moment when I decided to try my hand at writing a novel. I had just finished reading a book by one of my favorite authors and was so disappointed with the ending. The book started with a bang like all his others. He built the tension, had me on the edge of my seat ... and then let me down. The ending collapsed with mighty crash as though he had a deadline to meet and couldn’t spare any more time for a proper ending. I came away thinking, “I can do better than that,” and so the challenge was picked up.

Tell us the range of the kinds of books you enjoy reading.
I am an avid reader, usually plowing through 4-5 books each week. I read across lots of genres—romance, suspense, thrillers, dystopian, young adult, science fiction, historical fiction (I especially like a good ‘hysterical’ fiction), westerns, and biographies. I do not care for war stories, tedious espionage, or books riddled with so much technology that it makes my head hurt.

How do you keep your sanity in our run, run, run world?
I consider reading a ready escape and writing as therapy. Because so many of my characters carry some of my own personality traits, I can vent my anger, work out problems, and often write my worries away.

How do you choose your characters’ names?
There’s not a single cut and dried method to this madness. First, I consider the gender, age, personality, ethnicity, and the era. Occupation and locale play an important part. I often look up census lists for a particular area, but I also keep a list of names that catch my attention. For me, some names can carry a negative or positive connotation because of past experiences, so depending on their good guy/bad guy status, that can come into play. Name combinations also have to have a certain ring or rhythm. In the end, the name has to fit the character’s personality—I’ve been known to change a character’s name two or three times during the course of a first draft as his personality emerges.

In one of my early books, I gave a character a name, but when I was writing, I kept typing another name. Finally, I changed it to what kept coming. I guess he didn’t like the first one. What is the accomplishment that you are most proud of?
The accomplishment that stands out most in my mind is when I submitted my first book to a contest. It took me three long years to write Imperfect Wings (I was still working full time then), and another year to call an end to the endless edits, tweaking, and polishing. It took a great deal of courage for me to then lay my baby out there for strangers to read and critique. I was thrilled to receive the call that it had been awarded second place in the contest.

That’s great. If you were an animal, which one would you be, and why?
I would be a lion because I can make decisions, am very goal-oriented and persistent, have strong opinions, and often fall into leadership roles.

What is your favorite food?
Ahhhh, pasta. I love the carbs, though they don’t necessarily love me!

What is the problem with writing that was your greatest roadblock, and how did you overcome it?
When I first received a contract for the book I’d written plus the other four (as of then unwritten), I also received a deadline. For a short while, I allowed that deadline to influence my writing, which was not good. Everything I wrote felt forced, stilted. Pleasure became business, and some of the joy dissipated. I talked to my publisher about my concerns. She eased my fears about failing to meet a deadline; gave me great encouragement and support, which took the burden away. 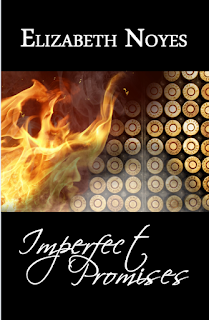 Tell us about the featured book.
The Imperfect Series centers around a ranching family in rural —the mother, father, and their five adult children. The initial premise was a story about the parents, but halfway through one of the sons began to dominate the story. I set the parents aside and tried to write the interloper out of my head ... and that became the first book in the series. Of course, each of the siblings all began to clamor for their own story at that point, so I set out to do just that. And that’s how the series was born.

Imperfect Promises is the fifth and final installment of the series, and centers around what I consider the most controversial of the siblings. This book includes many of the recurring characters the readers have come to know, and also tons of edgy action, but in this story the main protagonist reveals a vulnerable side not seen before. It’s a rollercoaster of emotions and heart-pounding action, but (hopefully) also provides a satisfactory conclusion to the series.

Please give us the first page of the book.
He’d landed in hell—a place of eternal waiting, fiery heat, despair, regret, and weariness.

And bugs. Lots of bugs. Both the flying kind and the creepers. Mosquitoes, ants, sandflies, roaches, no-see-ums, and tarantulas so scary-looking and lightning-fast they made nightmares seem like sweet dreams.

Jonas swiped at the perspiration pooling in the hollows under his eyes. His beard had grown long and thick over the past few months. Now, after parboiling in his own sweat for days on end, he itched like a flea-bitten mongrel and stank to high heaven. No wonder the old timers called August the dog days of summer.

What would the prim and proper Miss Townsend say if she could see him now? Worse, if she could smell him. Knowing Shea, she’d pinch her nose, make a face, and laugh.

A rough expletive erupted over the headset.

“Nasty little biters are eating me alive,” John Archer, his friend and long-time partner in these two-man missions growled and swore again.

Jonas couldn’t hold back a chuckle. “You’re getting soft in your old age, Arch.”

“I’m two months older than you, Ghost-man. Tougher, too.

“Our target is way past late.” Archer changed the subject. “We’re losing daylight.”

Jonas shot a quick glance skyward where the fierce sun had passed its zenith. With each tick of the clock their hope of getting out of this accursed land tonight faded. “Patience, grasshopper. Toure will come. If not today, then tomorrow. His ego demands it.”

They’d both learned the art of patience long ago, but Sebastian Toure had proven more unpredictable than anticipated. The man never took the same route, never rode in the same vehicle, and never went anywhere without his baker’s dozen—twelve armed-to-the-teeth bodyguards plus a driver.

Jonas and Archer had spent the last nine weeks tracking Toure. Two long months they’d waited in the sweltering heat, taking notes and making plans until three days ago their patience paid off. Toure’s very randomness had yielded a pattern in his movements. It seemed even the wiliest of men remained creatures of habit.

“What makes you think that narcissist has an ego?” Archer asked.

“Because according to all the dots you connected, celebrating his successes feeds his sense of self-worth. Adulation is oxygen to him.”

“I hope I connected those dots the right way.”

Oh, I want to know what happens next. How can readers find you on the Internet?
I adore hearing from my readers and will readily respond. I can be reached online:

Thank you, , for sharing this new book with my blog readers and me. When my copy arrives, it will go to the top of my to-be-read pile.

Readers, here are links to the book.
Imperfect Promises (Volume 5)

If you’re reading this on Goodreads, Google+, Feedblitz, Facebook, Twitter, Linkedin, or Amazon, please come to the blog to leave your comment if you want to be included in the drawing. Here’s a link:
Http://lenanelsondooley.blogspot.com
Posted by Lena Nelson Dooley at 11:51 AM

Sounds like a great read would love to read you are new to me Thank you for the chance to win!

These books are can't put em down books. Can't wait to read the 5th one !

Would enjoy reading this book and the whole series. Vivian Furbay of CO

Sarah Taylor, Vivian Furbay - If you should win, let Lena know which book you'd like to receive. While I consider each book in the series to be a standalone, many of the characters appear throughout the stories. Starting with book 1, Imperfect Wings, will allow you a deeper glimpse into their personalities.

Gloria Rowley - thank you so much for your kind comments. My characters are very real to me, and I'm thrilled you enjoy their adventures, tribulations, and emotions!

I haven't heard of these books before, but they sound intriguing. One of the families in my "In Texas" contemporary Christian fiction books has a horse ranch, in Texas of course!
Your books sound intriguing. I would love to win the first one to find out about the characters.
Connie in Texas

I am intrigued. Melanie Backus, TX

I would love for you (and all the others) to win one of my books!

Connie Porter Saunders, Sharon Bryant - I wish everyone could win! If you do, please be sure to let me know how you liked it!