THE WATCH ON THE FENCEPOST - Kay DiBianca - One Free Ebook

Dear Readers, I found this book fascinating, and Kay kept me guessing for almost all of the book. It was a unique story, which I really enjoy. I’ll be looking for more mysteries by this author. 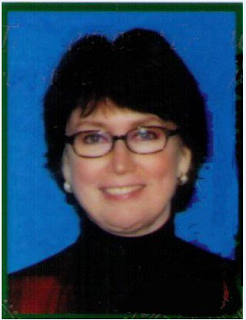 Welcome, Kay. Tell us how much of yourself you write into your characters.
The main character in my novel shares a few of my attributes. For example, she’s a software developer and a runner. But most of my characters are drawn from friends, acquaintances, or my imagination.

What is the quirkiest thing you have ever done?
I’m a decidedly “unquirky” person, so this was the hardest question for me to answer. However, I was once asked to dress as an angel and ride on a float advertising an appliance store in a small-town Fourth of July parade. Dressed in a white shirt and shorts, I sported a little pair of wings and sat on top of a washing machine while the float made its way down the main street. Fortunately, some of my friends made up the rest of the heavenly contingent atop dryers, dishwashers, and stoves.

When did you first discover that you were a writer?
I’ve always enjoyed writing, but I’ve had little time to pursue the dream since my professional career in software development kept me focused on computer programming rather than creative writing. After I retired, I found the urge to write became undeniable, so here I am.

Tell us the range of the kinds of books you enjoy reading.
I have a pretty wide-ranging taste in books, both fiction and nonfiction. First, I love mysteries. Solving the puzzle and finding the murderer is very appealing to my analytical way of thinking. I especially like Dorothy Sayers. But I also love nineteenth-century literature including Jane Austen, Charlotte Bronte, Wilke Collins, and others in that era. I enjoy books about faith journeys, and I recently read Christy, a very popular book written in 1967 that is still relevant today. When it comes to nonfiction, I just finished Into Thin Air, a riveting account of a disastrous expedition on .

How do you keep your sanity in our run, run, run world?
Well, I run! I’m an avid runner and spend time on the track, on my treadmill, or in a park near our home. I find running provides a thoughtful relief from stress and helps my creativity at the same time.

How do you choose your characters’ names?
In my novel The Watch on the Fencepost, I chose some names that were meaningful to me. For example, one of the characters bears my paternal grandmother’s maiden name. Another is named for an author I admire. If I’m not sure of a name to give a character, I’ll search the internet until I find one that seems to fit.

What is the accomplishment that you are most proud of?
A successful marriage to a wonderful man and raising a remarkable son.

If you were an animal, which one would you be, and why?
A gazelle. If only I could be that graceful when I’m running.

What is your favorite food?
Chocolate milk shakes. The perfect food.

Chocolate shakes are my favorite, too, but I don’t get one very often. What is the problem with writing that was your greatest roadblock, and how did you overcome it?
My biggest problem was my inability to step away from the story and see it from the reader’s perspective. One editor pointed out that I had to be willing to “kill my darlin’s”, those things that I love but don’t really serve the story. It was hard, but revising the novel with that in mind made a much better book. 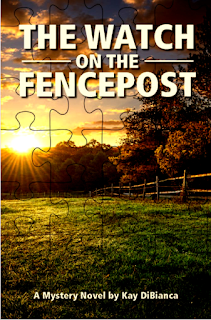 I’ve been teaching writing workshops and seminars for decades. Recently, I met one of my first students again. She told me the thing she remembered most from my teaching was to “murder your darlings.” Tell us about the featured book.
The Watch on the Fencepost is a romantic mystery. It tells the story of a young woman who has lost her parents in a terrible automobile accident. But when she finds a mysterious watch left on a fencepost, she uncovers a dark family secret and a suspicion that her parents’ deaths may not have been accidental.

Following a trail of cryptic clues, she encounters a fascinating cast of characters, including an actress with a talent for disguises, a politician with a secret of his own, and a handsome businessman who shows a sudden romantic interest in her. With her own life in danger, she discovers new truths about faith, family, and forgiveness.

Please give us the first page of the book for my blog readers.
Prologue
It was almost graceful, the way it dropped over the side of the mountain and glided down toward the valley below. To an outside observer, it would have seemed to fall effortlessly on a carpet of air, like a bride’s veil carried away on a gentle summer breeze.

Down and down it continued, buoyed by the cool night air, a silent conveyance, seeking its destination below. No sound disturbed its swift descent until it struck an outcropping on the side of the mountain and exploded in a huge fireball.

The sound of the blast could be heard ten miles away, and the impact was so severe that parts of the car flew off in all directions. By the time the emergency crew maneuvered its way through the barren desert valley without the benefit of roads, the fire that had emboldened the night sky was just a smoldering mass of aluminum and steel, hardly recognizable as an automobile at all. This would not be a rescue operation.

“Must have been a full tank of gas, the way that thing exploded,” said Arnold Brewster, the crew chief, as he peered into what was left of the cab of the car. “Looks like a couple of bodies in there.”

The rest of the eight-person crew gathered around the burned-out hulk.
“Lord knows, nobody will be able to identify them.”

One team member kicked at the dust. “Why don’t they put a guard rail along every foot of that mountain road, Arnie? These crazy tourists don’t know how to drive up here.”

Thank you, Kay, for sharing this new book with us. I know my readers will love it as much as I did.

Readers, here are links to the book.
The Watch on the Fencepost

- Paperback
The Watch on the Fencepost - Kindle

Leave a comment for a chance to win a free copy of the ebook. You must follow these instructions to be in the drawing. Please tell us where you live, at least the state or territory or country if outside . (Comments containing links may be subject to removal by blog owner.)

If you’re reading this on Goodreads, Feedblitz, Facebook, Twitter, Linkedin, or Amazon, please come to the blog to leave your comment if you want to be included in the drawing. Here’s a link:
Http://lenanelsondooley.blogspot.com
Posted by Lena Nelson Dooley at 11:41 AM

Email ThisBlogThis!Share to TwitterShare to FacebookShare to Pinterest
Labels: Kay DiBianca, The Watch on the Fencepost

I liked the description of the car falling. If you didn't read the whole thing, you wouldn't know it was a car. Beautiful wording. Sounds like an interesting story. Linda in CA

Even the prologue makes you start guessing! An intriguing page turner for sure. Thanks for sharing with us.

Thank you for visiting and commenting on the book.