Welcome, Angela. Tell us how much of yourself you write into your characters. 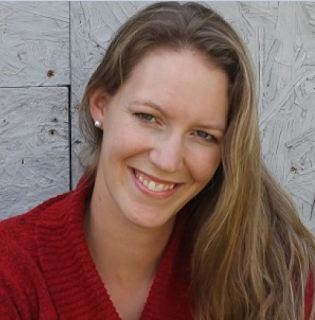 I’m a lot like my heroine in this one. Maybe too much. I write a little bit of my hubby into every hero, as well. Makes them easier to love. ;)

What is the quirkiest thing you have ever done?
That’s a hard one. Probably because I’ve done a lot of quirky things. One fun one though was making a medieval movie with friends and siblings. Costumes, swords, horses, stunts—the full nine yards with a little home camcorder. Thankfully it was before the days of YouTube.

When did you first discover that you were a writer?
I used to squiggle lines on a page before I could write, loving the idea of writing a book. As a teen, I started my first of many novels—some of which will never see that light of day for good reason.

Tell us the range of the kinds of books you enjoy reading.
If there is romance and it’s clean, I’ll read just about anything. Romance and finance books. I know, a little strange.

How do you keep your sanity in our run, run, run world?
I try to remember to walk. I love to sit on the porch and enjoy a pleasant evening or watch my kids play. Those moments to focus on the here and now and truly enjoy life.

How do you choose your characters’ names?
Every conceivable way. Rachel had been one of my favorite names when I started this story. Andrew just fit him. In my latest story, Return of the King’s Ranger, Nora was my children’s babysitter and I told her I’d write her into a book.

What is the accomplishment that you are most proud of?
Probably my babies. Giving birth to them, raising them. My last was born at home with midwives. One of my sisters-in-laws suggested I am a bit of a hippy, but no, I’m just very old-fashioned. My mother-in-law says it’s probably research (I do write historical, after all.) I’ll go with that.

If you were an animal, which one would you be, and why?
I think I would be a horse. They are often seen as noble and powerful, hard workers with great endurance, but they are still prey animals so on the inside they are the equivalent of a scared bunny rabbit.

What is your favorite food?
Italian. Anything (almost) Italian.

What is the problem with writing that was your greatest roadblock, and how did you overcome it?
Kids…and I haven’t overcome it/them. Instead I keep adding more! Number four (born last summer) throw me for a little bit of a loop this past year (he was walking at 9 months!), but I’m still puttering along, writing when I can. 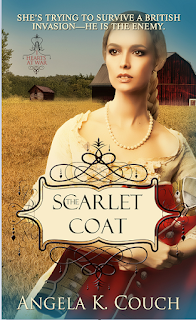 Surrounded by the musket fire of the American Revolution, Rachel Garnet prays for her family to be safe. When the British invade the Mohawk Valley and her father and brother don't return from the battle, she goes in pursuit of them. She finds her brother alive but her father has been killed at the hand of the enemy. Amidst the death, how can she ignore a cry for help? Rachel reluctantly takes in a badly wounded British officer. But how long can her sense of Christian duty repress her hatred for his scarlet coat?

Passages of Scripture and fleeting images of society are all Andrew Wyndham recalls after he awakens to the log walls of his gentle prison. Even his name eludes him. Rachel Garnet insists he is a captain in the British army. He mourns the loss of his memory, but how can he hope to remember war when his “enemy” is capturing his heart?

Andrew’s injuries are severe, his memory slow to return, and the secret of his existence too perilous to ignore. As Rachel nurses him back to health, his hidden scarlet coat threatens to expose the deeds of her merciful heart, and Andrew is forced to face a harrowing decision—Stay hidden and risk losing the woman he loves or turn himself in and risk losing his life.

Please give us the first page of the book.
The last rays of sun faded into twilight, and the wind whispered through the trees, as if warning Rachel to turn back. She encouraged her pa’s stallion forward, though her pulse threatened to strangle her. Somewhere, not far away, a wolf wailed into the night. The mournful song resonated within her, bespeaking tragedy. She searched the deepening shadows of the forest. What if all the British hadn’t retreated? What if there were still Indians and Tories out there, waiting behind those trees?

Something unseen rustled the leaves, and a twig snapped. Lord, what am I doing? How would she even find them out here in the dark? Maybe she should go home or to the Reids’ for another night.

Her course of action seemed so clear when General Herkimer, and what remained of his regiment and the local militia, limped their way alongside the Mohawk River from Oriskany. The general lay on a stretcher, his leg below the knee wrapped in a crimson cloth, his face pale and expressionless—like so many of the men with him. Eight hundred had marched north the day before yesterday and barely half returned.

Her pa and brother were not among them.

Stay with the Reids. That was all Pa had asked of her. Benjamin Reid’s bad leg compelled him to remain behind and watch over their farms. Though the safest place for her, Rachel could no longer wait there trying to carry on a casual conversation with any of the Reid girls or hide behind her mother’s Bible. She couldn’t abide the confines of their snug cabin a minute longer without knowing her own family’s fate. Since losing Mama to illness two years ago, Pa and Joseph were all she had. She couldn’t lose them, too. But she’d ridden for hours now. Where was she?

A little farther along the trail, the wind shifted slightly, carrying on it the odor of burnt powder and blood. Battle. Rachel’s hand came to her stomach in an attempt to calm the sickness churning within.

The horse whinnied, shifting as he tossed his head.

“Whoa. Easy, Hunter.” She slid to the ground and surveyed her surroundings. Both sides of the road were heavily treed and thick with underbrush. Even still, she could make out the dark forms of fallen men. She stumbled over her feet but kept moving. “Joseph! Pa!” You can’t be dead.

Dragging the horse, Rachel ran. Each step constricted her throat until she could hardly breathe. Bodies littered the road—Indian, Tory, and American alike. She maneuvered around them, searching faces in the faint glow of the remaining light. She should have brought a lantern.

The road sloped downward into a deep ravine. Her feet faltered. Hundreds of men—a patchwork of blue and homespun. All motionless. All dead. If only she could close her eyes or turn away, but every muscle held her in place.

The rasp of a voice jolted her from the trance. She yelped and spun toward the intruder.

“Rachel?” The murmur of her name accompanied the form of a man emerging from the trees. “What are you doing here?”

Thank you, Angela, for sharing your book with us. Sounds like an intriguing story.

Readers, here are links to the book.
The Scarlet Coat (Hearts at War)

If you’re reading this on Goodreads, Feedblitz, Facebook, Twitter, Linkedin, or Amazon, please come to the blog to leave your comment if you want to be included in the drawing. Here’s a link:
Http://lenanelsondooley.blogspot.com
Posted by Lena Nelson Dooley at 1:09 PM

The Scarlet Coat sounds like an amazing book. I would love to read it!
Melanie Backus, Texas

My heart was pounding just reading the excerpt! I love when a book pulls me into it! Thanks for sharing with us Lena & Angela.

Oh this story sounds just fantastic and her descriptive, detailed writing is excellent. I grew up in Wilmington, NC which has a goodly share of Revolutionaly War history (monuments and old era houses, too) and now live in an area of central NC where there is much in that period's history.

I live in Central North Carolina.

OH MY!!!! Another book to add to my wish list! Thank you for the chance to win a copy.

Thank you for sharing. I’ll add to my wish list. Blessings from WV.
leliamae54(at)aol(dot)com

Oh my this sounds like a book that would be hard to put down. I love history books.
what did they do in these types of situations? How did the hold onto their faith so strongly?
quilting dash lady at comcast dot net

The American Revolution is always an interesting topic for a book. Love to read this!
Beth from Iowa