Welcome, Izzy. Tell us how much of yourself you write into your characters. 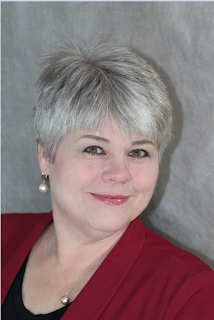 I’m not sure I have an exact equation for that, but generally I would say that at least one of the principles I live by is a part of my characters.

I am usually pretty staid, methodical, and frugal. A couple of years ago a friend of mine was selling her Mazda Miata convertible. After a 5 minute discussion with my husband, I decided to buy it. Since then I drive it as often as I can. Even a trip to the grocery store in the middle of winter for a couple of items will find me with the top down roaring down the twisty-turny country roads.

I can’t say with certainty how young I was when I first attempted a story. I do remember it was difficult and it caused me to think through what the necessary parts were to a coherent story. By junior high school I was getting chosen to read my stuff to the class and getting chosen to have my plays performed. It was then I began to understand that I just might be able to do this writing thing.

I LOVE to read. In fiction it ranges from literary fiction to cozy mysteries to romance. In non-fiction, I read about mathematical modeling to histories to diaries.

I work 6 days and guard the seventh. Sometimes the day of the week changes, but I guard that seventh day. I take short vacations and stay-cations with my husband.

So this is a pretty funny question for me. I LOVE to look at names. I’m partial to old-timey ones, particularly Puritan names. For my historicals ,I look through old marriage registries for the time period, but that can get you into trouble too. When I first wrote The Shopkeeper’s Widow, I used an old marriage registry and found the name Xaney. It appeared twice in the e-book I used. Well, the name was so unusual that I got questioned about it in a contest, in fact I wasn’t allowed to continue and one of the reasons was they thought her name was too odd. So I went back to the book—it wasn’t there. In its place was . Apparently during the ebook conversion some weird mistake happened, and I didn’t know the difference! :-) So then I did another search and Xaney was renamed Delany. Given my ‘drothers though, I’d have stuck with Xaney.

Honestly, this one is hard, I think it changes depending on the context. Right now, I am very proud that The Shopkeeper’s Widow was chosen for publication by The Pelican Book Group’s White Rose imprint. The people at Pelican are dedicated to the Lord first and to publishing wonderful Christian stories. I haven’t read a bad book published by them yet. To have The Shopkeeper’s Widow sitting in that group of wonderful books is just an honor.

It’s between two: a dog because they are loyal, kind, loving, and they guard their families or an eagle that soars to the heavens. Too bad I couldn’t be a flying dog. That would be great!

Thanks for my first chuckle of the day. What is your favorite food?

Having enough time to plan what comes next and write the words. I had a talk with the people concerned and began to guard the time.

The Shopkeeper’s Widow is a romance that tells the story of Delany Fleet and Field Archer. 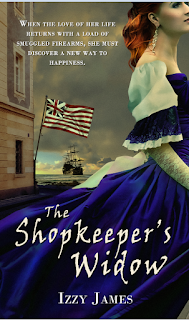 His Majesty having thought fit by his Order in Council this day to prohibit the exportation from Great Britain of Gunpowder, or any sort of Arms or Ammunition, I herewith enclose to you a copy of the order; and it is His Majesty’s command that you do take the most effectual measures for arresting, detaining, and securing any Gunpowder, or any sort of Arms or Ammunition which may be attempted to be imported into the Province under your Government, unless the master of the ship having such Military Stores on board shall produce a license from his Majesty or the Privy Council for the exportation of the same from some of the Ports of this Kingdom.

I am, Sir, your most obedient humble servant,

With a startled swipe of her arm, Delany Fleet brushed Noah’s animals to the floor. Still grasping the tiny wooden giraffe from the set she’d been arranging, she hurried toward the door of her shop and the sound of the drum.

Outside, fifteen British soldiers marched up the narrow, mud-caked street. Bayonets glinted in the early afternoon sun. Redcoats crisp against white lapels. Black boots marched in cadence with the drum.

Her heart thumped with the beat. Behind them, in the harbor, the fourteen-gun sloop-of-war, Otter, leveled its barrels at the borough.

People streamed out of their shops and houses to witness the spectacle.

Delany had grown accustomed to the sight of soldiers making a nuisance of themselves around , but this formal display of British military strength took her breath away. It was Lord Dunmore’s latest ploy to control the ‚rebellious‛ colony. If only all this unrest would go away. She’d worked too hard to lose everything in a game of politics in which she had no part.

The soldiers marched two abreast, a wall of hewed stone. The men towered above her own sixty-inch height, faces wiped of all expression.

Their power stirred in her rebellious emotions she thought dead with her late husband, Tom. The spell broke when her nephew, Ben, arrived at her side. She pulled him close. At thirteen, Ben itched to join the militia. This display wouldn’t help matters. Forgetting the open shop, she and Ben followed the crowd as the column made a turn onto and arrived at the Virginia Gazette.

Readers, here’s a link to the book.

If you’re reading this on Goodreads, Feedblitz, Facebook, Twitter, Linkedin, or Amazon, please come to the blog to leave your comment if you want to be included in the drawing. Here’s a link:

Posted by Lena Nelson Dooley at 9:18 AM

Thanks for hosting me today!

What a wonderful and captivating novel. I enjoyed the interesting interview. Thanks for this lovely feature. I live in NM.

Sounds like a good one. Thank you for sharing. Blessings from WV.

This book has been on my radar, it's really piqued my interest.
I live in Pennsylvania.

I enjoyed the interview and review. Would love to read this.
Beth from IA

Sounds like such a great book I enjoyed the interview would love to read this book Thank you for sharing Blessings. SARAH from Ohio

Thanks for the fun interview, Izzy and Lena! The Shopkeeper’s Widow sounds so good! Thanks for the chance to win a copy of this book!!

Oh my, this sounds so good! Thank you for sharing.
Connie from Kentucky
cps1950(at)gmail(dot)com

Enter me in your awesome giveaway!!
Conway SC 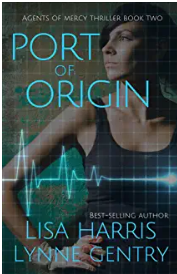