Dear Readers, Molly is a long-time writer friend of mine. I was honored to read Bluebonnet Bride before it was published. You are going to love this story. 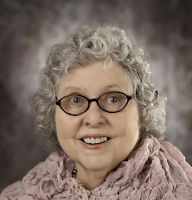 Welcome back, Molly. How did you come up with the idea for this story? Though I was never tested, I think I might be dyslexic. It was hard for me to learn to read and spell. Now I write novels that other people read.

My heroine in Bluebonnet Bride is Gina Hollister, a PhD with dyslexia. During my research on the topic, I discovered that many PhD’s are dyslexic. Apparently, some dyslexics never retire because they don’t know how to stop trying.

Many times, people (and other authors) think you have it made with so many books published. What is your most difficult problem with writing at this time in your career? My biggest problems are marketing, finding time to write, and keeping up with all the new trends.

Billionaire Steve Bryson doesn’t like Bible thumpers, and he thinks Dr. Gina Hollister is one.

Gina Hollister, a dyslexic with a PhD in educational psychology, is hired by widower and business tycoon, Steve Bryson, to tutor his fourteen-year-old daughter, Amanda, for the summer at his huge house near , a mansion that Gina calls a castle. An attraction soon develops between Gina and Steve, but their romance can never end in marriage because. . . .

If you like sweet Christian romances set in the beautiful mountains of and the hill country, you will want to read Bluebonnet Bride. It might even make you smile.

Please give the first page of the novel. 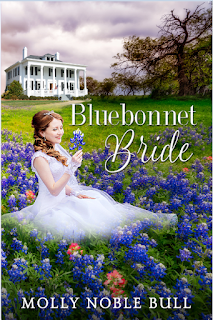 She’d had another of those horrible flashbacks straight from her teenage years.

Gina Hollister sucked in her breath, releasing it slowly. The words you’re incredibly stupid continued to play in her mind.

Incredible. She hadn’t known the meaning of the word when she heard it for the first time. But she knew stupid—even back then.

She stepped out of her car—stood there for a moment with her purse on the top of her ten-year-old white Buick. Why did this happen now? It was Friday morning, and she had an important meeting with the father of one of her students, a man she’d never met. Would the flashbacks ever end?

Her purse strap slid toward her, with the brown loop hanging over the window. She reached for it—one second too late. Her handbag turned upside down, landing on the concrete parking lot. She’d forgotten to zip it up, again. Everything inside spilled out with a cacophony of tinkling and jingling.

Gina counted to ten. She was a PhD, now, and an intelligent person, not an accident prone airhead. She merely had a problem with depth perception and dyslexia. Merely?

Dyslexia had colored her entire life with a black marker. She’d studied hard—for years. Would she ever be normal? Was there such a thing?

Her tube of lipstick rolled beneath her car. Oh, no! Her jaw and both fists tightened simultaneously. She leaned forward and bent down, careful to keep the hem of her long white dress from brushing the pavement. Slowly, she gathered every item she’d dropped.

It rolled beyond her reach. If she wanted it, she must kneel on her hands and knees. Her dress could become a disaster. She wanted it.

The lipstick was the last tube in existence in her favorite shade of peach. She set her handbag on the pavement beside her, folded her skirt up, and bent forward. Derriere elevated, she reached for the tube. Her fingers touched its smooth, slick surface, and gripping the lipstick, she rocked back on her heels, preparing to rise.

“What have we here?” somebody said from behind her.

She recognized the man’s voice. She’d heard it the previous night when she listened to messages left on her cell phone.

Gina’s breath froze in her throat. Steve Bryson looked down at her. She’d never seen him until that instant but knew him immediately. That low, raspy voice couldn’t belong to anyone else. Yet there was something else besides his voice that seemed familiar. What could it be?

He reached out as if to help her up. She took his hand. A tingle shot through her. Wow! Gina stood beside him. She’d expected him to be handsome. Nobody told her he was so tall, so young-looking, so electrifying. Like his daughter, Steve had thick, dark-brown hair and brown eyes. But it didn’t begin to describe him.

He would have no difficulty describing her. She probably looked like an extra on the set of a historical western movie. If the laughter she heard in his voice and saw in his eyes were an indication, he’d been watching her for a long time.

In a white, ankle length gown and matching cowboy boots, Gina was dressed as a character in a western novel, set in 1881 , for the end of the school year costume party. Should she try to explain why she was wearing a costume to their first meeting? Or would a billionaire like Steve Bryson be able to comprehend a situation like hers?’

How can readers find you on the internet? BLUEBONNET BRIDE was published by Scrivenings Press on June 29, 2021. Click here to learn more. https://scrivenings.link/bluebonnetbride

My web address is http://www.mollynoblebull.com

To see all my books on Amazon, click http://bit.ly/mollynoblebull

Thank you, Molly, for sharing this book with my blog readers.

Readers, here is a link to the book.

Posted by Lena Nelson Dooley at 8:50 AM

The mountains of Colorado and the Texas Hill country are two of my favorite places. Would love to read this one!
Melanie Backus, TX

Thank for introducing me to Molly Noble Bull.

BLUEBONNET BRIDE has a beautiful cover that would draw my attention right off. After reading the first page, I knew this would be a book I would thoroughly enjoy read. It's now on my TBR list.

Thank you for the chance to win a copy! Shared and hoping to be the very fortunate one selected.
Kay Garrett from Mountain View, AR
2clowns at arkansas dot net

Bluebonnet Bride sounds captivating and intriguing. Thanks. Anne from NM.

Thanks for the kind words, Melanie, Kay, and Traveler, and if you read Bluebonnet Bride, I would sure appreciate it if you posted a review at Amazon.

What a extraordinary and unforgettable novel which gives me great enjoyment and is unique and special. Pearl - NM.

I am honored by your words, Petite, thanks. I assume you have already read my novel. Thanks again. But as I am sure all of you know, all the honor and glory goes to God the Father in the name of his only begotten son, Jesus Christ--our Messiah.
Love to all of you,
Molly

Beautiful cover and title. Would love to read. Blessings from WV.

Thanks for leaving a comment, Lucy and Emma, and I am so glad you liked Bluebonnet Bride. I hope both of you read the book, and it will make you smile.
Love,
Molly

Thanks for writing, Lucy and Emma, and for saying such nice things about my novel. I hope you like Bluebonnet Bride, and reading it makes you smile.
Love,
Molly

The cover really draws me to the book. I enjoyed the first page and want to read more!
Beth from IA

Bluebonnet Bride sounds like a delightful read, and the cover is beautiful! Thank you for the chance to win a copy of this book!

Thanks to everybody who left a comment. I wish everybody could win, and to all who read Bluebonnet Bride, please consider writing a review and posting it at Amazon. Long or short, a review would really be a blessing.
Love,
Molly

Oh now I have to read Bluebonnet Bride it sounds great. Thanks for the chance to win.

Enter me in your awesome giveaway!!
Nichols SC.

Beautiful cover and great first page! Thanks for sharing.
Connie from Kentucky
cps1950(at)gmail(dot)com

I never believe this will happen to me Dr. Oseiboh restored my life back to me,i had a curse placed on me by someone with jealousy,that make everybody in my neighborhood hate me from the heart my business got down, Dr. Oseiboh canceled and destroyed the voodoo spell curse placed on me and returned it to the person who did it to me,since then everything about my life is working perfectly my business is moving bigger everyday. Email him now for your own help. via email droseiboh12@gmail.com https://droseiboh12.wixsite.com/spell add him on whatsapp line or call +2347017565415. he can help with . LOVE SPELL TO GET YOUR EX BACK ,LOTTERY SPELL,PREGNANCY SPELL, DIVORCE SPELL,STOP COURT CASE AND WIN ANY COURT PROBLEM,DEATH SPELL,BUSINESS SPELL, MONEY SPELL, AND MANY MORE YOU MAY NEED