Today's book is non-fiction. I'll be introducing you to Lonnie D. Story, who is the biographer for Anni Adams, the Butterfly of Luxemburg. I think you'll find them fascinating. 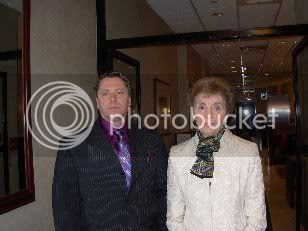 Tell us how much of yourself you write into your books.

Very little, since I write biographies mostly. However, I do visualize myself in the place of my subject. I feel that God has given me, through my extremely varied life experiences, the ability to be compassionate towards the person I am writing about and to feel their feelings, both high and low, joyful and painful with great clarity.

That is a tough one! Anyone who knows me, knows that I am about one of the quirkiest people one could meet. I guess my quickest answer or example would be an act or event from several years ago. I was driving in heavy traffic flowing on a major thoroughfare into Daytona Beach, Florida, when I began to focus on the car in front of me. I had been praying while driving and the car struck me deep inside. It was a fairly worn-down car. I noticed the driver was an older woman maybe in her late 50's to early 60's. There were two young children crawling around at the back window and the windows were rolled down. It was a hot summer day.

What struck me was a bumper sticker on the driver's side on the rear bumper which read "I love Jesus." I felt compelled to be a blessing to that woman. I started talking to God and said "Ok, Lord how am I going to do this?" The more I followed the more I was afraid I would miss the opportunity until we rolled into the same turn lane and up to a light that just turned red. By this time I had already pulled a $20 bill from my wallet and had it in my hand. As the woman stopped her car, I stopped immediately behind her in line with other cars behind us. Without waiting, I threw my car into park, jumped out and quickly walked up to her open window.

At first, I don't think she even noticed until I said "Do you?" And she looked at me quite shocked. The kids in the back suddenly looked at me. Here was this young guy of a different race with long hair standing by their car in traffic at a red light.

Without hesitation she said "Yes."

I thrust out my hand into the car window and handed her the $20 bill, said, "God bless you" and hurried back to my Jeep, not even giving her time to respond. As the light turned green and we proceeded on our way, I stayed back in traffic so as not to frighten her. I did see her ahead for a few minutes and the last thing I saw, with God as my witness, I could see her raising her right hand in what had to be praise. I will never be able to describe what I felt. My wife of four months can tell you, I do quirky things ALL the time.

I don't find that quirky. I think it is wonderful. When did you first discover that you were a writer?

I think it really came as quite a surprise. I think I was 13 or 14 years old and attending a private, Christian Academy. My English teacher had given the class an assignment to write a short story with lots of strict guidelines and deadline. I have always been a natural procrastinator and true to form, I waited until the night before the three-week project was due and hurriedly thought up a storyline and wrote the whole thing down in about 8-10 pages.

I turned my story in like the rest of the class on the last day. A couple days later, the last day of the week, the teacher returned our graded papers. She stopped at my desk and put it down in front of me, much to my astonishment it had an A-minus on it in red with red marks around spelling errors. She told me to write it again with the corrections and she would give me an A-plus. I thought that was strange because she was very well known for her strictness and much disliked by most of her students, me included. She wanted it the following day, so I did what she expected and gave it back to her.

She never said a thing about it after that until several weeks later. She called me up when class ended and handed me back the paper with the A+ on it and then she told me to type it and put it into a clear, plastic folder and stated, "You are going to the literary fair in Atlanta next week."

My jaw dropped but I was happy to get away from school for a whole day and go to Atlanta. Long story short, I was out goofing off and failed to be present when the short stories were judged until someone ran up to me and said the teacher was looking for me and that I had won 1st place! It was such a strange thing, I mostly passed it off as a fluke and did write a lot more as a teenager but kept it all to myself. It remained untapped until I started my legal career many, many years later.

At a much younger age (my 20's), I enjoyed Sidney Sheldon's books and the Noble House series. Later, I turned more to books about people, biographies and enjoyed non-fiction the most. As a young boy, I was very outdoorsy growing up next to a farm and deep woods and water. I enjoyed reading the newspaper and that was about it. The book that opened my eyes to reading came when I was about 17, the book was Robinson Crusoe and it remains my most favorite of all.

Only the one I am working on now, Without A Shot Fired: The Dustin Brim Story.

Fortunately and unfortunately, at times, I am blessed enough to have been able to work from home over the past four years. I have lived these years sequestered in my little one room at my sister's house in the beginning and for the past year and a half, in my one-room apartment. I live day and night in front of my computer, constantly reading, researching and networking.

There have been many through my military work, my legal career and a host of other things. But, the most important to me is my only son, that I raised alone through some very hard, trying, difficult and poor years. He survived my faults as a parent, I finished several degrees while raising him, and he is a very solid young man that I am very proud of.

I guess I would have to say a gorilla. They are extremely impressive in size and strength, very family oriented, have the ability to be alone when they want and socialize when they want. They are very protective of the ones they love, nobody in their right mind would want to mess with it and yet, it can interact with humans as it pleases.

Hands down, anything that is HOT!! I love sushi, Thai food, Vietnamese, Mexican, etc.

Getting it organized. There are some things I am very good at once I get started but in the beginning I am always terrified. It takes a lot of willpower and discipline to make myself get things done the way I want them and then to organize it and put it all together so that it flows. I write with a very big shotgun scatter style.

God help you! Grow very thick skin, blow off the praise and the criticisms to the extent that you do NOT let them change you or your style. Be who you are, be yourself and give it everything you've got. 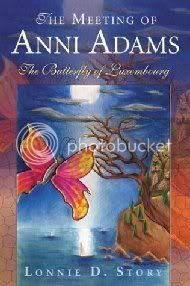 Gosh, that would take a very long time because it has so many facets and has morphed so much over the past couple of years. It has impacted a lot of lives, and I never cease to be amazed at what praise people give the writing and the life story of Mrs. Adams. I can only explain it this way, as often as I do, "God gave me the words, I just typed." And I mean that with my whole heart, soul, and being.

That is an easy one! Google my name, Lonnie D. Story or "Dustin Brim." Then just follow one clue or link after the other. Ta Da!!

Thank you, Lonnie, for spending time with us. I look forward to reading about Mrs. Adams.

Readers, leave a comment for a chance to win a free copy of the book.

The best way to keep up with what's going on with this blog, sign up for FeedBlitz in the right hand column under my profile. Each post will come to your Inbox.
Posted by Lena Nelson Dooley at 9:11 AM

Thanks for being so generous with all these giveaways.

This looks interesting. I would like to put my name in for the drawing.
Thanks
Nora
music-mama@fredstlaurent.com

"Seasons Greetings!" What a beautiful cover the book has. It definitely draws my eyes to it. Please enter me in another of your wonderful contests. Thanks,Cindi
jchoppes[at]hotmail[dot]com

What a joy! Great interview :)

thanks for the giveaway- please enter me!

This looks like a great book. Count me in!

Dear Lena: Thank you for having me on your blog and it is considered a great honor. I truly hope that all your readers will enjoy "meeting Anni" at 81 yrs. young, she is still an amazing woman of faith, hope and love! God bless you all, and do write me!! Lonnie

I'm very interested in reading a non fiction book. Please enter me in the drawing. Thank you.

love the $20 bill story! please enter me in the drawing, thanks!

I would love to win a copy of this book!