With great pleasure, I welcome Claudia to my blog. I've been interested in her writing career for several years. Claudia, I love your picture. . .and that cover. Wow! 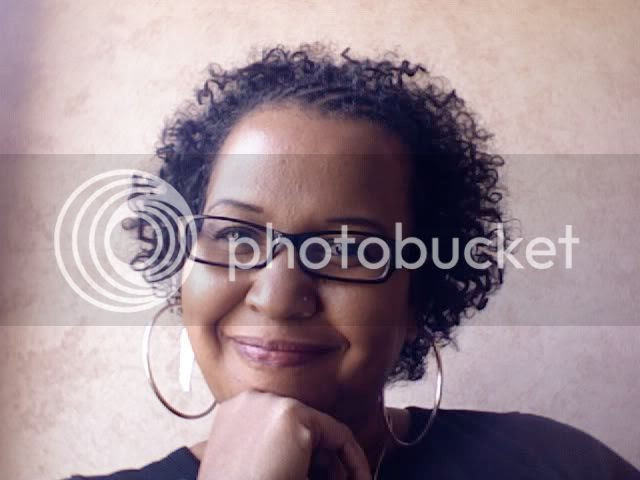 Oh, man. I put a ridiculous amount of auto into my characters. I put quite a lot of the people I love in there, too.

My life is one big quirk, Lena. I’m truly Queen of the Goofballs.

I was about ten years old. In the fifth grade, I think, and I stumbled across an abandoned scrap of paper in the hallway at school. Someone had written a play, and there was something about seeing those lines of dialogue. I just knew I had to write a play, too. It was just that weird and random… or maybe that was destiny.

There are all kinds of books by my bedside. I find when I’m writing I read a lot of non-fiction, spiritual reading to feel connected to the Vine. When I read for pure pleasure I love to sink into fiction. Romance, mystery, lovely literary work. If I can find all three in one book, I’m in heaven.

I have two young adult novels that are unpublished, but I think one may find a home soon. One is called Malaika’s Wings, and it’s a coming of age story about a girl trying to find the mystery of her mother who, family legend has it, flew away. It interacts with the slave legend of African captives who flew away to their freedom. The other is called The Lotus Queen, and it’s about a young bulimic girl who attempts suicide and then has to rebuild her life with some very inadequate tools. Maybe both will find a home one day. I had the good fortune to land at Pocket Books, and they have a fantastic YA fiction line. I haven’t pitched either of them yet. I’ve been busy writing!

I wrote three Amanda Bell Brown mysteries, Murder, Mayhem, and a Fine Man, Death, Deceit, and Some Smooth Jazz, and Saint’s Suspicions and a Ticking Clock. Each features an amateur sleuth, Dr. Amanda Bell Brown. She’s a psychologist with a talent for staying in trouble. She keeps colliding into murder investigations and a very fine man, Jazz Brown, who is her love interest. He tries, unsuccessfully, to keep her out of harm's way. They’re hilarious together. And sometimes heartbreaking.

I also wrote the first of a YA series called The Exorsistah. It’s about a teenager who has a gift (or curse, as she sees it) to be able to see into the spirit world. She can see demons. She finds herself homeless and reluctantly recruited to work on an exorcism team. Like most of my heroines, she’s trying to find her way in this world, and she’s got her own mysteries to solve. The book is fun, but kinda spooky, too. Demons are pretty yucky, and that is a huge understatement.

Finally, this year also brings Zora and Nicky: A Novel in Black and White, which is an interracial love story. Pretty high octane stuff. And it’s about as close to literary as this ragamuffin will get. And that is followed by Wounded: A Love Story. It’s about a young, African American woman who gets stigmata, the wounds of Christ. It grapples with the issue of miracles, being perceived as a saint, and suffering for Christ. Heady stuff. I can’t believe I wrote about that, even now.

Lena! You didn’t think I was sane did you?

As sane as any of us authors. How do you choose your characters’ names?

I just try ‘em on ‘til something feels right. Sometimes, I never do get quite the right name. I also try to use symbolism. I’m all over the place when it comes to naming.

I wrote Murder, Mayhem, and a Fine Man as a tribute to my great-grandmother, who was very important in my life, spiritually. I named the series and the sleuth after her. The first version of the book had a rough go of it, but God was good to me, and it came out again, with a bigger publishing house. When the first deal went bad I thought I’d failed her. I’m really pleased that I got another chance to make her proud.

Someone once told me I was a donkey because I have so many loads to bear! I so didn’t appreciate him for that. I don’t know. He may have been right! Of course, I’m enough of an animal just being the human that I am. Lord, have mercy is all I can say.

Food is my favorite food. And it shows.

For me there is the unrelenting feeling that I’m not good enough, and I don’t know enough, and there’s no time to learn. I finish every book with a deep, abiding sense of failure. It makes it hard to come back to the blank page, every single time.

The Enemy of our Souls tells those lies to all of us. Rebuke him for it. God created you to write. throw that into the enemy's face. What advice would you give to an author just starting out?

I really believe in finishing the draft. You can’t call yourself a novelist until you get to “The End.” I don’t care how awful the first draft is if you don’t get to those two magic words, you can’t even get in the game, much less find success. Finish the book.

Here’s the back of the book blurb, which sums things up right nicely, in my humble opinion:

For Amanda Bell Brown, just living her life is murder! How's a woman supposed to grapple with faith, a fine man, and turning thirty-five when she keeps tripping in her high heels over mysteries -- and not just the God kind.

Amanda Bell Brown knows that life as a forensic psychologist isn't quite as cool as it looks on prime-time TV. But when she turns thirty-five with no husband or baby on the horizon, she decides she's gotta get out and paint the town – in her drop-dead red birthday dress. Instead, she finds herself at the scene of a crime -- and she just may know who the killer is. She needs to spill her guts, but not on the handsome lead detective's alligator shoes -- especially if she wants him to ask her out. A complicated murder investigation unearths not just a killer but a closet full of skeletons Amanda thought were long gone. Murder, mayhem, and a fine man are wreaking havoc on her birthday, but will her sleuthing leave her alive to see past thirty-five?

My blog, if you dare read it, and God knows it should come with some advisory label, is http://ragamuffindiva.blogspot.com and you can email me at claudia.mair.burney@gmail.com. A dot com is coming soon!

Thanks so much for having me, Lena. You’re a doll!

My pleasure and blessing, Claudia.

Readers, before you check out her blog, leave a comment for a chance to win a free copy of the book.
Posted by Lena Nelson Dooley at 3:00 AM

This sounds so interesting! Please enter me.

Please include me, this sounds like a great series.

What a wonderful lady. She is very interesting! I love the book cover! Please enter me in your drawing. I certainly appreciate it. Many thanks, Cindi
jchoppes[at]hotmail[dot]com

My favorite quote of all time..Food is my favorite food! I am so going to have to use that line. I would love to read her book.

oh, this sounds like an interesting read. Mystery, murder, mayhem sounds really good. My life is mayhem at the present we are doing construction on our house and we have total mayhem

Don't need to enter me in the drawing because I just read this a couple of weeks ago. Loved it and hoping to get the other two volumes soon!

The book sounds like fun, please enter me, thanks!