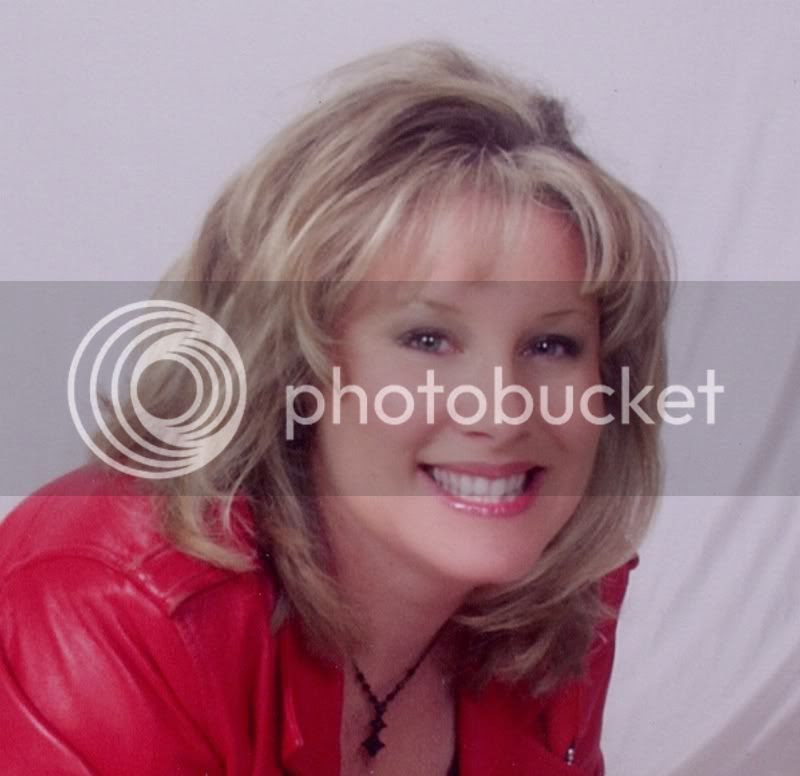 I'm glad to be featuring A. J. Kiesling on the blog with her book Skizzer. I've read the book, and you'll find my review in the August Newsletter on my web site: http://www.lenanelsondooley.com/

There are elements of me in both Becca and Claire. I was very shy and bookish as a girl, like Claire, but my mom tells me that I was always leading my sister into adventures. In the story, Becca is much more vivacious and playful than I’ve ever been, but she is the baby sister of the family—a role I was given as well. If I had to pick one, though, I’d say I’m much more like Claire than Becca.

I don’t know about quirky but I can tell you the craziest thing I ever did—ride the “Dueling Dragons” rollercoaster at Islands of Adventures (Universal Studios) theme park. Lord, have mercy! That ride just about killed me!

I have an interesting story about a rollercoaster, too. Maybe I'll share it sometime. When did you first discover you were a writer?

When I was young, my mother used to read Bible stories to us five kids every night before bedtime. We'd gather in a circle around her and listen wide-eyed to those stories, and through the early years her reading to us fostered a love of storytelling in me. I wrote my first book in second grade--a stapled, hand-illustrated book about horses--but it was a college professor of English who pulled me aside after class one day and told me I had a writing gift that I shouldn't squander. With his encouragement, I joined the staff of the college literary magazine and newspaper. After that, choosing a major in communications/journalism was a natural path for me.

My first publication was in the college literary magazine--a short story. Tell us the range of the kinds of books you enjoy reading.

I lean toward edgier fiction, stories that aren’t afraid to show characters’ all-too-human failings as well as their triumphs. The best example of this I’ve ever read is the Starbridge series by Susan Howatch. An English author, her books are not CBA fiction, but she writes more compellingly about faith and failings and redemption than anyone I know. Other authors whose writings have influenced me are Gail Godwin, Sue Monk Kidd, Leif Enger, C.S. Lewis, and the Bronte sisters. On the nonfiction side, I like the occasional memoir or biography, but I’m a true fiction lover.

Me, too. I do read occasional non-fiction, but give me good fiction any day. What other books have you written, whether published or not?

My first singles book, Where Have All the Good Men Gone? came out in March, and I’m starting to rough-draft a follow-up book to Skizzer. In 2004 I wrote a spirituality book titled Jaded: Hope for Believers Who Have Given up on Church but Not on God (Baker). Other titles I’ve written were mostly work-for-hire devotionals or compilations and ghostwriting projects. They are listed on my website http://www.ajkiesling.com/

Hmmmm. Can I get back to you on that? Seriously, I take time out to pleasure read, go see movies, and otherwise “recreate” with my daughters and good friends. I’m a great believer in sunset gazing—you know, really stopping to see the wonder of nature all around us, so maybe that helps as well.

I know what you mean about an amazing sunset. How do you choose your characters’ names?

Some names, such as for the character of Colin Lockwood—the English gardener Claire falls in love with—sprang into my mind without any effort at all. Other names, including those of the two sisters Becca and Claire, took more thought. After a while I settled on Claire because it’s my youngest daughter’s middle name, and it suited who the character is in the story. Names are very important to me, so much so that sometimes it bugs me when a character seems misnamed in a book or contains one of those silly “romance novel” names that no real person ever does.

I talked to a woman on the phone whose name is Sabra Valentine. I aksed her if I could use it in a romance novel. What is the accomplishment that you are most proud of?

Without a doubt, I would have to say my two teenage daughters. They are beautiful, talented, witty young women who are a delight to be around. Since I’m a single parent, we’ve developed a “bachelorette pad” over the years, and I consider them both my friends as well as my children. In second place: writing Skizzer. It’s something I wanted to do for so long (write a novel), and it feels good to finally have accomplished that.

A cat because they are so cool and aloof and have such incredibly EASY lives! They can even sleep all day if they want to. It must be nice to be so coddled and petted and loved.

I’m a terrible procrastinator, and constantly putting off writing was something I struggled with for years. Finally, a good friend of mine who is also a writer lit a fire under me, saying, “You know, you’ve been talking about writing a novel for more than 10 years…when are you going to do it?” She also threatened to write one herself. That got me moving!

Without a doubt, write what you know. It’s the oldest advice you’ll ever hear about writing—and the soundest. When you write from your own experience (the people, places, feelings you know) your prose gains a clarity and authenticity it will lack if you try to write about something you know little of. 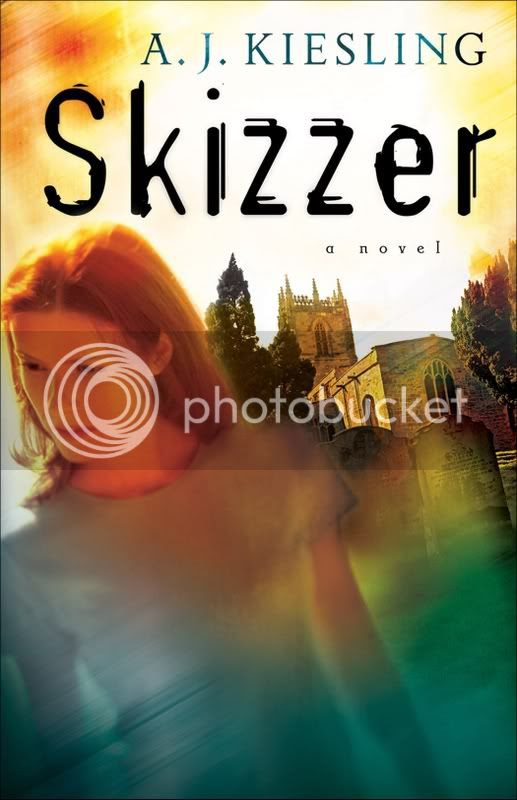 What would you like to tell us about the featured book?
The story centers on two sisters, Claire (the main character) and Becca, her younger sibling. At the outset, Becca has disappeared--up and leaving her husband with just a cursory note offering no real explanation. Claire drives to North Carolina to pursue a hunch that Becca might have fled to the town where they grew up, perhaps taking refuge with their elderly Aunt Jess. She stops at a place where they used to play as children--an old estate the local kids called haunted--and finds a letter addressed to "Skizzer" inside a sister-secret box she and Becca left there more than twenty years earlier. The letter says "something both terrible and wonderful has happened" and that Becca needs time to herself, urging Claire not to look for her. But of course that's exactly what Claire and her distraught brother-in-law do. The story weaves between the present and the past through flashbacks to the girls' growing up years in North Carolina. The search for Becca ultimately takes Claire and her brother-in-law to England, to a town that imprinted the girls heavily in their youth. The theme of the story is that the people we think we know best don't always turn out to be who we thought they were.
How can readers find you on the Internet?
I love to hear from readers, so stop by my website and drop me a line: http://www.ajkiesling.com/
Thank you for spending this time with us and letting us get to know you better.
Readers, leave a comment for a chance to win a free copy of Skizzer. The giveaway will be on Saturday, October 19. So check back to see if you are the winner.
Posted by Lena Nelson Dooley at 9:02 AM

"the people we think we know best don't always turn out to be who we thought they were." - so true. This book sounds very interesting - I would love to win it!

This book sounds extremely interesting and would love to read it. Please enter me in the drawing.

Thanks for the great review!
I am totally interested in reading this book!
Please enter me!

Thanks for the great interview. Its nice getting to know these authors a little better. Thanks for entering me in the drawing.

Ohh this one sounds good! I would love to be entered into this drawing please.

Would love to read this book.

Hello, I have an older sister and share a very special relationship with her! I would enjoy reading about the relationship between these two sisters. I like the mystery aspect of the story line and learning about their past. What happens that says that the people we think we know the best isn't always who what thought they were. Please enter me in your drawing. Many thanks.....Cindi
jchoppes[at]hotmail[dot]com

I've been wanting to read this one. Please enter my name in the drawing. Thanks!

This book sounds oh so interesting. I'd love to win it.

"Skizzer" sounds very interesting! I lived in NC for a season, and I'd love to read about the sisters' reltationship. Please enter me into the contest to win this book.

Thanks, Lena, for the contest!

wow! cool book! please enter me in the drawing

Looks like a great book. Love a lil mystery! And I can totally relate to being a single mom with a penchant for spaghetti! Thank you Lena and A.J. :)

Please enter me too.

It sounds like a great book. Please enter me in the contest. My email address is shryackmom[@]charter[.]net

This book sounds very interesting! I would love to win it! Please enter me in the contest. Thanks!

I enjoyed the interview and would very much like to read this book. Thank you for the giveaway.

Dont enter me in the drawing, but I just wanted to say that I read (and reviewed) this book earlier this year and just loved it!

I enjoyed the interview...always fun to see what authors have to say!

I really liked this interview and I can relate to the two sisters. My sister and I are very different so I tend to be drawn to things that mirror that. I'd love to read it.
doot65{at}comcast[dot]net
Elizabeth

this sounds like a great book! please enter me :)

I LOVE the sound of this book.

Please enter me in the contest!

I'm hooked on this book review. The book cover looks very interesting also. Sounds like a very good mystery. Please enter me in the drawing and I hope I win!