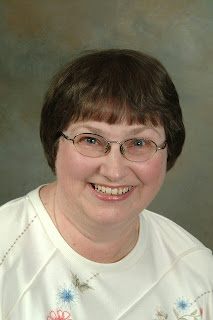 I just love having Susan Page Davis as a guest on my blog. Welcome back, Susan.

As an author, I know it takes a lot of people to birth each book. Who were the people involved in the birthing of this book, and what were their contributions?

Abiding Peace is the third in a series. While researching the setting and period, I visited the public library in Dover, New Hampshire, where I found a lot of great maps and other information about the 1689 massacre. I also visited the Woodman Institute, where they have preserved the last extant garrison house from the colonial period in N.H. The staff at both places were terrific. My critique partners are some of the best, and I owe them a big thank-you, too: Darlene Franklin, Lynette Sowell, and Lisa Harris.

Your crit partners are three of my favorite people, too. If you teach or speak, what’s coming up on your calendar?

I’ll be teaching a workshop at the Maine Fellowship of Christian Writers’ one-day conference in August. I’ll also be at the ACFW conference in Denver in September—don’t know yet if I’ll be speaking there, but I hope to.

I've also applied to the ACFW conference, but I'm already scheduled at the North Texas Christian Writers Conference earlier in September. So we're both busy. If you had to completely start over in another place, where would you move, and why?
Right now my husband and I are looking for a retirement home in Kentucky. We’re ready to move someplace warmer than Maine, and our travels in the south told us we don’t want to be TOO far south. We loved eastern Kentucky when we visited last year. Beautiful and green, but much warmer than Maine in winter.

I have a grandson in the army in Kentucky. If you could only tell aspiring novelists one thing, what would it be?

Read a lot, and write a lot. Is that two?

Works for me. They go hand in hand. You’ve been asked to be in charge of a celebrity cruise. Who would you ask to take part, and why? (As in what program, singers, etc. [it doesn’t have to be writing related])

First of all, I’ve never been on a cruise, so I have no idea what they do. I think they have evening shows, and I’d like to see some dinner theater. For actors, I’ll pick Jeff Perry as the detective, Kate Jackson as the leading lady, and Eric Close as the villain. Oh, and Pauley Perrette as the victim. I have no idea who to get for singers.

Abiding Peace tells about Christine Harding, who was captured by Indians in the 1689 massacre and spent several years in a convent in Canada. Now she’s back in New Hampshire and taking care of Pastor Jewett’s children. When a mysterious man threatens the children, Christine begins supplying him with food and other necessities. She’s terrified to tell anyone about the stranger—until a woman from the community goes missing. Christine and Pastor Jewett have a high regard for each other that could blossom into more—but will he turn from her in anger when he learns what she has done?

Please give us an excerpt from the book.
Here’s the teaser on the first page:
“I forbid you to go to him.”
She straightened her shoulders, and her eyes flashed. For an instant he feared she would challenge his right to speak so and go anyway.
Dear God, how have we come to this? Meek Christine defying me! Please, let us not show ill-will before the children. He swallowed hard and tried to frame a gentle overture, but Christine opened her mouth first.

Where can we find you on the Internet?
My Web site is at: http://www.susanpagedavis.com/. I love to hear from readers, and I give away a book each month.
Thank you, Susan, for spending this time with us.
Readers, leave a comment for a chance to win a free copy of the book. Don't forget to check back in two weeks to see if you won.
Posted by Lena Nelson Dooley at 6:48 AM

Another great interview! I would love to read your book!
mspoule1225 at gmaildotcom

I just love author interviews and would love a chance to win a copy of Susan's book! It sounds intriguing!
sherrinda(at)gmail(dot)com

Great interview. I love reading authors interviews as always find them so interesting. Please enter me in drawing for book as would love to read it.

I would love to read it!
martha(at)lclink(dot)com

oh I'd love a chance to win this one!

Thank you all for stopping by! I enjoy Lena's interviews because she always asks intriguing questions. We're finally getting a warm (but windy) day here in Maine. I hope all of you are beating the February blahs with a good book.
Susan

An interesting story line. Who is the mysterious man and will her heroine fall for him or the pastor?! Please enter me in your book drawing. Many thanks, Cindi
jchoppes[at]hotmail[dot]com

I love Heartsong books. Please include me in the book drawing.

Lena, wonderful interview, with a very interesting author that is to be added to my bookmarked folder for authors.... thanks again for an opportunity to be included in another drawing for a book that sounds outstanding...

Cindi, you zeroed in on the conflict--I've read that kidnapped people sometimes start sympathizing with the kidnapper. While Christine isn't kidnapped in the book, she's in a somewhat similar situation. Her empathy for the man and her repulsion toward his deeds keeps her in upheaval. Is he a murderer, or a poor man who got a bad break and a bad reputation through no fault of his own?
Susan

I love the cover of this book, it inspires such hope!
Thanks for the giveaway!
Darby
darbyscloset at yahoo dot com

Sounds like a wonderful storyline. I would love the chance to win this. Thanks!
koinonia572001@yahoo.com

Would love to be entered in the drawing. Thank you.

Abiding Peace sounds like another great story by Susan, count me in! Thanks.
worthy2bpraised{at}gmail{dot}com

Thanks for the interview and giveaway!

I love anything set in the colonial period. Please enter me.