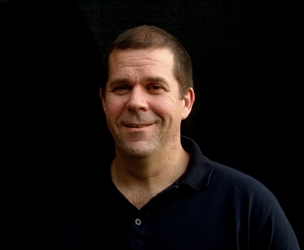 Welcome to my blog, Paul. Tell us how much of yourself you write into your characters.

Probably too much, but I once read some advice which said to "write what you know" and I know myself quite well. I think it comes down to the fact that you will always draw on your own experiences when writing a character, so there is bound to be something of you somewhere in every character you create. Then again, the amount varies. Sometimes I will look at a character and recognize myself. Other times I will catch just the faintest of glimpses.

I once sang the opening lines of "Climb Every Mountain" (from The Sound of Music) at full volume, by myself, in front of my school. It was part of a school play that was a spoof of Star Wars. I played "Chewing Tobacco" (Chewbacca). Oh, and I can't sing.

It was about twelve years ago. A story came to mind and I had this overpowering urge to tell it. I started writing and have been occupied with writing in some form or other ever since.

I like anything with a good story and a compelling voice. The writer needs to pull me in and keep me there. Stephen King is my favorite author, but I only enjoy a few of his books. I also enjoy Jonathan Safran Foer, Iain M. Banks, Khaled Hosseini, Cormac McCarthy, and Carlos Ruiz Zafón. I enjoy Philip K. Dick's stories but I am not a fan of his writing style.

The Wire - My first book, about a computer game that traps people inside.
Hardly - A boy and his dog save the Earth from a tyrannical alien king.
Village of the Dammed - A mysterious stranger returns to collect the soul of a young girl who drowned during the flooding of a dam.
Hour - A new planet is discovered on the other side of the Sun.

Apart from finally handing my life over to God, it would have to be raising two children who are firmly grounded in Christ.

Definitely a bear. I like to keep to myself and can be grumpy sometimes. Otherwise, I'm really cuddly (or so my wife tells me).

Does cheesecake count as food? I discovered it at age nineteen after avoiding it like the plague because I felt the words "cheese" and "cake" did not belong on the same page, never mind within the same word.

Motivation after receiving the umpteenth rejection letter. I always wanted to be published because I felt it would be proof that I had reached a certain standard. I overcame it by remembering exactly why I was writing. I felt that if I quit I would not just be letting myself down, but also God.

Be prepared for a lot of work and no reward. Write because you love it, but also aim for publication because that way you will try to improve your skills. Don't take it personally if a publisher or agent turns you down. And don't get upset when you see those celebrity book deals. They are about money, and have nothing to do with literature.

Alpha Redemption is basically a human drama set in space. It is the story of a man, Brett Denton, who has lost everything. In an attempt to escape his misery he volunteers to take part in a risky prototype mission to Alpha Centauri. His only companion is a learning-capable computer called Jay. At first Brett finds Jay's constant questions annoying but, over time, they become friends. With Jay's help, Brett slowly begins to heal. It is as story about journeys. Everyone and everything in the book is moving towards something. And ultimately it is about Brett's redemption.

The ship loomed overhead, its shadow engulfing them. Its smooth white skin filled the window, slowly obscuring their view of the Earth as the elevator rose. It stopped, and pneumatic seals hissed and whirred into place. Brett followed the technician through the airlock, pausing only to get a final glimpse of the planet he would not see again for almost a decade. He craned his neck to get a look but the ship's hull now blocked his view. All he could see was a sliver of atmosphere and a handful of stars.


It was his first time inside The Comet, but he knew it intimately from months of training. They were in the cockpit but there were no instruments: no joystick or control console, or even a windscreen--at least not in the usual sense of the word. There was nothing for him to do other than get into the hyper-sleep chamber that crouched in the middle of the floor like a grotesque, mutated iron-lung. He climbed the steps, turning to look towards the open airlock while the technician helped him connect the hoses, checking and double-checking the seal around his mouth. His initial discomfort at having something attached to his face faded as he relaxed the way they had taught him in the swimming pool, focusing on breathing slowly and deeply.

He slid into the chamber and his legs, hips, torso and chest became weightless in the clinging embrace of the syrupy goo. It covered his head and he opened his eyes, blinking uncomfortably into the yellow haze. He knew it was vital to immerse the eyes; they had stressed that many times. Remember to open them wide and have a good look around.

He could see the airlock from here, and the technician, now an amorphous blob, moving around the front of the bath, back and forth, back and forth. Brett felt a shudder as the lid closed and sealed over his head. A vague fear surfaced in the deepest recesses of his mind—what if. . .? then vanished again like a puff of breath on a chilly autumn morning.

The technician disappeared through the airlock, leaving Brett alone in his bath, breathing filtered air through a hose, listening to the muted sounds of the ship as it prepared to launch him towards an impossibly distant point of light.

In his dream-like cocoon, Brett could sense very little. Everything seemed muted and far away. He heard distant hisses, cavernous booms, and the ghostly shriek of metal on metal. Vibrations passed through the liquid and nudged at his body as if to alert him to some impending danger.

Brett became aware that he was no longer thinking clearly, but that was fine. He watched his thoughts tumbling along like pretty little shards of plastic in a kaleidoscope, tumbling, tumbling, ever changing, never the same picture twice.

And at some point--he did not know exactly when--his thoughts faded as darkness washed over him and he slipped into hyper-sleep.

Sounds like a good read. How can readers find you on the Internet?

Thank you for spending this time with us, Paul.

http://lenanelsondooley.blogspot.com/
Posted by Lena Nelson Dooley at 8:30 AM

Nice to meet you. I love the excerpt!

I love science fiction and journey stories so this sounds like a natural fit for me! I enjoyed the interview as well.

I live in Missouri.

Please enter me in this giveaway. Thanks! (Tennessee)

Now I have a craving for cheesecake. I would love to read this. I am from Southern CA

Hi everyone, and thanks for stopping by to say hello. Good luck in the giveaway and I hope you enjoy.

Greetings from cold Ohio!
I would love to read this book and then pass it on to my son:)

Thanks for stopping by. I'm glad to see more SciFi/Space that is Christian. Can't wait to read "Alpha Redemption".

coolestmommy2000 at gmail dot com
I live in the midwest

This is not my usual reading fare but the interview and the excerpt are interesting and convinced me to expand my horizons. Please add my name.

Thanks!
janmarien [at] embarqmail [dot] com

Sounds like a great book! Would love to read it!
Brenda from Madison Heights, Michigan.

Please enter me in the drawing.
Thanks,
Ann Lee Miller
Gilbert, AZ

Snowed in in MN.
Wendy
ebeandebe at gmail dot com

Oh, I want to read more!!
What a great first page. Thanks for the interview.
Kristen from Washington State

Thanks Lena for having me over and, to everyone who left a comment, thanks for your support. Good luck in the giveaway.

I'm really overwhelmed to see so much interest in Christian sci-fi! And for those who don't normally delve into the Speculative genre, my hope is that my story will provide you with a gentle introduction to what can be a wonderful platform for spreading the Good News of God's gift of redemption.