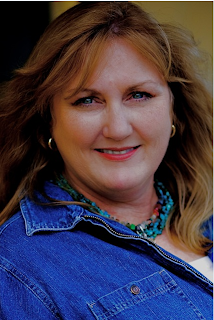 I've been waiting for this book to release. I've loved the other two books in this series. Welcome, Kathleen. Why did you become an author?
I started as a reader. Eventually my love of reading created a tiny spark of hope that someday I, too, might write something that could become a book. It still amazes me that I have.
If you weren’t an author, what would be your dream job?
I’ve already held that dream job: a book publicist. Telling others about great books and authors is what I love almost as much as writing.
If you could have lived at another time in history, what would it be and why?
I would love to have been alive in 1802 when the Louisiana Purchase forever changed the face of and the southern . What an amazing time that must have been.
What place in the have you not visited that you would like to?
. I’m assuming I could spend weeks in the Smithsonian alone.
I went when I was a senior in high school. We only had one day at the Smithsonian, and we only scratched the surface. How about a foreign country you hope to visit?
because my middle son will be living there soon.
What lesson has the Lord taught you recently?
His plans are not my plans.
Tell us about the featured book.

Unlikely romance is sometimes just an inconvenient marriage away in THE INCONVENIENT MARRIAGE OF CHARLOTTE BECK (Waterbrook, June 2011)
Charlotte Beck may be entering adulthood, but she can’t seem to keep to her stubborn, independent spirit from bucking social protocol. Fed up with her behavior, ’s father Daniel pressures her to settle into a nice marriage despite knowing she is set on going to college. Then Daniel sees with the handsome but annoying English astronomer Alex Hambly, and everything changes.
Though Alex and can barely stand one another, Daniel offers them a deal they can’t refuse: if they agree to marry, he will save Alex’s family from financial ruin and grant the freedom to go to college. Reluctantly the couple agrees, but in private they plot to annul the marriage as soon as possible.
But when Alex’s feelings change and he refuses to dissolve their contract, will find a way out of her vows? Or will she discover that maybe this marriage isn’t so inconvenient after all?
Sounds totally intriguing. Please give us the first page of the book.
“A lady carries herself with great poise and the sense that an egg sits atop her head.”
—MISS PENCE
Chapter 1
June 9, 1887
What Charlotte Beck wanted, Charlotte Beck generally got.
Thus Charlotte stood on the doorstep of Fensworth House, poised to make her unofficial debut into proper society despite the fact that she’d not yet reached the age of introduction nor been presented to the queen.
Won’t Gussie be surprised when I write her about the evening? The thought of her best friend, “Gussie” Miller, bolstered ’s courage and reminded her why she’d insisted on being included tonight. After much pleading, had convinced Gennie, her stepmother, that she needed to practice her social graces before her first official events of the and seasons.
As the door opened, swallowed a flutter of nerves. A uniformed servant nodded at her, and she worried she would forget the litany of instructions on proper decorum that Gennie had again gone over with her on the carriage ride here.
slid a glance that she hoped conveyed thanks to the man whose duty it had been to escort the Beck ladies tonight. The same man who’d successfully lobbied on her behalf. Colonel William F. Cody, who was not only her father’s business partner but also practically family, responded with a wink, then adjusted his lapels.
Her gaze swept past the colonel to the room a level below them, which glittered as much from the chandeliers above as from the jewels the nobility wore. The light was perfect for painting. She closed her eyes to memorize the scene then opened them quickly when Gennie touched her arm.
Had she any breath left, might have sighed at the loveliness of it all. But under Gennie’s instructions, the maid had pulled her corset strings so tight that even mild exertion would likely send plummeting to the floor.
Perhaps rushing her debut was not such a wise move after all. The combined effect of nibbling at almost nothing all day and then squeezing into the lace-covered instrument of torture was not ’s idea of a grand time.
I am waiting breathlessly for my copy of the book to come. How can readers find you on the Internet?
Readers can find out more about my books or email me through my website at www.kathleenybarbo.com . They can also follow my Twitter posts or contact me through Twitter or Facebook through that page.

What fun to have you back on my blog, Kathleen!

Http://lenanelsondooley.blogspot.com
Posted by Lena Nelson Dooley at 2:38 AM

Enjoyed the interview with Kathleen. I would love to win a copy of "The Inconvenient Marriage of Charlotte Beck" it does sound like a good read.

Judy K from IN

You write great books, Kathleen:) The 1st page of this one leaves me wanting more!
Please throw my hat in the ring for a chance to win:)

Love the cover of this one. :)

Please enter me and I live in Oregon

This book looks like it will be so much fun to read! Nice interview!

Arghh, I'm so frustrated with Blogger not letting me identify myself. If a handful of my comment comes through, I apologize, I guess I just have to be anonymous.

The first page does leave me wanting to read more of "The Inconvenient Marriage of Charlotte Beck." I would enjoy winning a copy.
Thanks for the interview.

I would love to be entered for this book! I have read the first two in the series and they are wonderfully refreshing books with lots of fun humor in them. Thanks!

I have also enjoyed this series and I would love to win this book. Thank you.
Carly (in between the Triad and the Triangle, NC)

oh, yes please enter me thanks

tried entering this yesterday - but blogger was acting up on me too. glad this worked today. Thanks for the post, Lena, and the chance to win Kathleen's book. mitzi_wanham[at]yahoo[dot]com from Peace River Country,
Alberta

Love the time period this book takes place in
cheryl in IL
msboatgal at aol.com

OH I love books about marriages of convience! Please sign me up to win this book! Thanks!

Nice interview with Kathleen Y'Barbo. What area of Switzerland will your son be in? I have lived and worked in Switzerland and have several family members in Geneva. The beauty of the country is always breath taking.

The Inconvenient Marriage of Chalette Beck sounds like a fun read and I appreciate the opportunity to receive a copy.

Sounds like a super cute book! Thanks for the chance to win!
Kari in Oregon

Sounds like another fun summer read! The cover is adorable :) Thank you for the opportunity to win a copy.

This sounds like a good book. Would love to win it..Thanks,

This book sounds great! would love to read it.

From the Bible Belt

Lovely sneak peek, I love this series!
Add me please.
Merry in TX

Sounds like a great read. Hasty marriages are quite the fodder for discussion among Christian writers, I think. I'm from Ohio. kristiedonelson(at)gmail(dot)com Thank you.

Can't wait to read this one. Sounds like a great book.
Please enter me into giveaway.

I live in Middle Geoergia where it rains all around us..Really need rain and did get some last night but very little..

I really want this book. I have shared the first book with 5 other people already and we all loved it. I plan on getting book 2 and want this one also. I live in S. CA. vidomich(at)yahoo(dot)com

Please enter me in this contest for this book. Thanks

This is my type of book, and it is another new author for me!!!!
Thanks for the chance to win this book!

Sounds like a great book --If I understand correctly, it is the third book in the series? Is it very important to read the books in order (e.g. will you miss or spoil major storylines if your read this books first)?

Lady DragonKeeper, each of her stories, though loosely tied together, are stand-alone stories.

This book sounds amazing!! I would love a chance to win!! margieatmijaresdotnet

I can't wait to read this book- I absolutely loved the first two in the series!

To answer your question, my son will be living in Zug. He is my second child to "go international" as my eldest has been a Londoner for several years.

And as to the requirement that the previous books in the series be read first, Lena is correct in saying each stands alone but builds on the other. I try to incorporate little details throughout the series that will cause the reader to smile and say, "Hey! I remember when that happened in the other book."

What a great interview and I'd love to win this book....
Thanks,