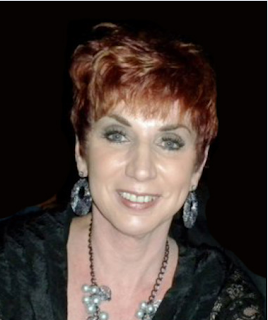 Once more, I'm hosting a fellow Charisma House/Realms author on the blog. Welcome, Linda.Tell us how much of yourself you write into your characters.


The main character in Reluctant Demon Diaries is an angel who fell from heaven by mistake because he could not decide where to stand when the war broke out between Lucifer and Michael.  Part of the angel’s sentence is to serve Satan as a watcher who reports on God’s interaction with human beings.  While No Name (the angel) is obsessed with preparing a legal brief he hopes will end in his re-admittance to heaven, he frequently advises God on where He went wrong in creating people as He did and what He ought to do to now to fix them.   That character is pretty much all me.
What is the quirkiest thing you have ever done?
According to the popular press, it was to resign from the position of President and General Manager of one of the largest NBC affiliates in the country over a philosophical dispute having to do with religious freedom.
Bravo! My husband quit a job one time for a Christian conviction. I totally admire that in a person. When did you first discover that you were a writer?
When I was in the corporate world of broadcasting, all the general managers were required to write weekly reports to the president of the television group on the activities at each station. I was amazed to find out that my reports were routinely copied and sent out to managers of other broadcasting and newspaper affiliates because everyone thought they were funny.
Tell us the range of the kinds of books you enjoy reading.
C.S. Lewis, Gregory Boyd, Brian McLaren, N.T. Wright, Mark Noll, Phyllis Tickle, Rob Bell - anything that challenges conventional thinking where faith and belief are being discussed.
How do you keep your sanity in our run, run, run world?
Most of the time I do not submit to the idea that poor timing on someone else’s part constitutes a crisis on my partJ  I try to make decisions by the 10/10/10 method.  How important is this item in the next ten minutes – the next ten months – the next ten years?  Unless the next ten minutes is the overriding concern, I tend to do things in the order in which they are due.

A very good choice. How do you choose your characters’ names?
This is a challenge for me. I do, however, discipline myself not to name evil characters after people I am mad at.
That is a temptation. Hence, my T-shirt that says, "Careful or you'll end up in my novel." What is the accomplishment that you are most proud of?
After my spectacular and public departure from a large media company, my husband and I gathered a few investors and bought a bankrupt television station in Minnesota for $3.2 million, managed it then sold it 7 years later to another major media company for  $52.5 million net to the shareholders.
Another bravo! If you were an animal, which one would you be, and why?
I would probably be a Persian cat.  I do not like to have my fur rubbed the wrong way.
What is your favorite food?
Lamb. I believe it is also the Lord’s favorite food
.


What is the problem with writing that was your greatest roadblock, and how did you overcome it?
Using enough words.  I am a bottom line thinker and tend to want to get there before everyone else is ready.
Tell us about the featured book.
Reluctant Demon Diaries is a series about an angel who fell from heaven by mistake.  Readers have followed him in his service to Satan as a watcher of the earth from the time of the war in heaven through the reign of King David.  Although they know he is a demon, they empathize with the questions and doubts he expresses to God along the way.  As a result, some have become very concerned about what will happen to him in the end.  The Redeemer is the demon’s encounter with Jesus; therefore, his ultimate fate must be reconciled. I included a letter to the reader at the beginning of the book to remind people that this is a work of fiction and no such character ever existed.  Nonetheless, some are worried.  Can a demon be redeemed?  No matter how it ends, someone is sure to be mad about it.
Please give us the first page of the book.
Chapter 1
I never knew how Satan was going to react to bad news.  Since there was no other kind of news as far as he was concerned, I always waited as long as possible before presenting him with any.  If there were the slightest chance things might resolve themselves, I saved myself the grief and didn’t tell him. This time, I may have waited too long for resolution to occur.  Whatever the thing was, it wasn’t going away. I tried not to fidget waiting for him to react.
“How long has it been there?” Satan asked as he stared at the luminous orb that had mysteriously appeared in the vacuous space between the heavens.
“I’m not sure, sir.  It appeared suddenly. I watched it for a few days and when it didn’t disappear, I called for you as soon as I realized it might be important; but, then on the other hand, perhaps it means nothing.”
He didn’t bother to look at me as he leaned over the ledge and looked down then back at up the glowing ball.
“You should have notified me immediately.”
“My fault entirely, sir.”
“I knew you were dumb; always have been. How could you think a strange light appearing in my territory without my permission could mean nothing?”
Trick question.
“I meant to say maybe it doesn’t mean anything to you – personally. Perhaps I shouldn’t have bothered you until I was sure.”
“It’s your fault for not telling me sooner if this turns out to be trouble for me.”
He was becoming agitated.  I needed to diffuse the situation.
“Oh, you know what it probably is? I should have remembered. Before we were thrown out of Heaven, Adonai was always making new stars, but some of them didn’t turn out and He threw them away.  This one is probably a reject and He tossed it here to get it out of His way.”
I paused to gage his reaction. When he didn’t have one, I kept talking.
How can readers find you on the Internet?
www.reluctantdemondiaries.com

Thank you, Linda, for dropping by my blog.

Http://lenanelsondooley.blogspot.com
Posted by Lena Nelson Dooley at 2:01 AM

This sounds like a good book, thanks for sharing.

This book sure has a different and interesting plot. I'm from Ohio. kristiedonelson(at)gmail(dot)com Thank you.

Very interesting book to read. Thanks for the chance to enter giveaway.

I live in Middle Georgia and we need more rain.

What a nice interview. I so appreciate how the author took a stand at work. I would love to read this book. I live in S. CA.

This book sounds so interesting I must read it! I loved the fact that Linda left a high position job for her beliefs! I really admire her for that. God Bless!

Judy K from IN

Looks like a great read! Thanks for the chance to win!!!
Kari in Oregon

This book sounds very interesting and different from any that I have read before. Please enter me.

i would be blessed to win a copy of this book.