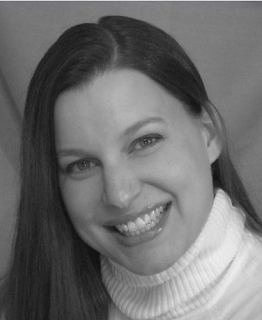 I'm introducing an author I haven't been familiar with before. Welcome, Rachelle. Your series intrigues me. Tell us how much of yourself you write into your characters.
All of my characters have some basis in my experiences and emotions, but at the same time, I try to give each character their own personality based on different psychological profiles.  Each character’s behavior stays true to their personality, not mine.
What is the quirkiest thing you have ever done?
I often spontaneously burst into song—to the delight of my children and horror of my husband.
When did you first discover that you were a writer?
I started reading voraciously in about the third grade. By fifth grade, I was putting my own spin on stories in my head.  If I didn’t like how things went, I “re-wrote” the story in my head.  Eventually I started coming up with stories all my own.
Tell us the range of the kinds of books you enjoy reading.
I love stories with action.  If nothing is happening, I get bored easily.  I also love stories that go where no story has gone before, either with exotic settings, untapped conflicts, or characters no one has done before.
How do you keep your sanity in our run, run, run world?
With four children ages eight and under, I can never get too far ahead of myself. I’m boxed in by bedtimes and kissing boo-boos. Kids have a way of forcing a person into the present—sometimes by yarping it right down the front of your shirt.
How do you choose your characters’ names?
I have an entire shelf of baby name books I use, as well as name websites I’ve bookmarked. In my Reclaiming the Crown series, many of my characters have Mediterranean backgrounds, so I’ve been selecting names that reflect Greek or Albanian ancestry. The names have to match the people. I’ve been known to change a character’s name several times until I get it just right.
What is the accomplishment that you are most proud of?
My kids.
If you were an animal, which one would you be, and why?
A dolphin—they are highly intelligent and social, mysterious, strong, and beautiful creatures.
What is your favorite food?
Dove dark chocolate almonds
I love anything dark chocolate. What is the problem with writing that was your greatest roadblock, and how did you overcome it?
My biggest writing roadblock is finding time to write (see question 5 above!).  Fortunately, when I do get a chance to write, I tend to have enough of a backlog of ideas that writer’s block is never a problem!

Tell us about the featured book.
My October Love Inspired Suspense is the first book the Reclaiming the Crown Series, Princess in Peril.  The series follows the four royal siblings of the small of , as they try to survive the rebel coup that has toppled their father’s government.
Please give us the first page of the book.
The royal motorcade lurched to an unexpected stop. Her Royal Highness Princess Isabelle of glanced at Levi Grenaldo, her recently appointed bodyguard, expecting him to make some reassuring gesture that would indicate nothing was amiss.
He didn't look her way. In the silvery sheen of his mirrored sunglasses, Isabelle saw only the rear bumper of her brother's limousine sitting still on the road in front of them. The seconds ticked by and they sat, unmoving, in the narrow streets of 's capital city.
Something had to be wrong. The motorcade represented the power and pageantry of the royal family and therefore never stopped until it arrived at its destination.
“Why are we stopped?”
Levi didn't acknowledge her question, but instead pressed the button for the intercom and told the driver, “Get us off this street.”
When the driver hesitated, Levi pressed the button again. “Now.”
Much as she wanted to remain calm, Isabelle felt her fingers tighten as they gripped the edge of the leather seat. She didn't like anything about this situation. For one thing, she didn't trust Levi.
He'd been abruptly appointed as her personal bodyguard five days earlier with no explanation given, and on top of that, he didn't fit the profile for a bodyguard. Although he was plenty tall and his shoulders were broad with muscles, he was otherwise trim, and the dark angles of his beard gave his face a scholarly look. Unlike all the bodyguards she'd ever had before, his neck wasn't thicker than his head, and he looked unusually sharp in the tuxedo he wore for the state dinner they were about to attend.
Besides that, the bodyguard read books. Intelligent ones. She'd seen him with his nose buried in political tomes whenever he waited for her to finish an appointment.
Out of place as those attributes seemed, what really bothered her was the way he overrode her requests and limited her freedom. As the eldest daughter of King Philip and Queen Elaine, Isabelle was used to having to change her plans to protect her safety, but Levi's impediments went far beyond the usual. They'd butted heads several times. After three days she'd asked to have him removed, but her father had refused her request.
All her instincts told her something was amiss.
The driver had the car two points into what promised to be an eighteen-point turn on the narrow street when suddenly a deafening blast rent the air, rattling the official limo, and an orange ball of fire seared the sky in front of them.
Levi's hand mashed the intercom button.  “Back! Back! Now!”
I can hardly wait for my copy of the book. How can readers find you on the Internet?
www.rachellemccalla.com

Thank you, Rachelle, for this interesting interview.

If you’re reading this on Feedblitz, Facebook, or Amazon, please come to the blog to leave your comment if you want to be included in the drawing. Here’s a link.
Http://lenanelsondooley.blogspot.com
Posted by Lena Nelson Dooley at 2:36 AM

Ooooh, "Princess in Peril" looks to be a great read! I almost wish I hadn't read the first page, as now I really want the rest of the story. lol! Thank you for the chance to enter.
Blessings,
Kelly Y. in Virginia

Sounds very intriguing. I really want to read this. Please enter me.

This looks like an absolutely amazing book. I would so totally love to read this. Thank you so much for the chance to win this.

Thank you!
Roanna in Ohio

This sounds like a fantastic series! Please enter this gal from Ontario, Canada.

Please enter me in the drawing...
angela from KY

Glad for a chanceto learn more about Rachelle. I read Survival Instinct and loved it. Would love to win.

Sounds very different from other books that I usually read but reading that first page pulled me in. Now I want to read the book. Thank you for the opportunity of winning the book.

Good gracious you know how to leave a reader hanging with that opening page. Sheesh, I have to get a copy!!!

Looks interesting, Please enter me in the drawing. Thanks!
Abigail Richmond
Blanch, N.C.

Great Interview, the first page of "Princess in Peril" looks like I want to read it right now. (smile).
Please enter me in your Contest.
Thank you
I live in Southern Illinois

Thanks everyone for taking the time to read my interview! It felt rather indulgent to talk so much about myself. Now I'm hungry for chocolate-covered almonds again! Good luck everyone on the drawing.

Sounds fantastic! I would love to win this.
Debra W. from Bedford, Texas

It sounds pretty good. Did you say it was a romance?
Amber S. Larkspur, CO

Princess in Peril is certainly a book I would be very interested in winning. That cover is so pretty/intriguing! :-D I love a good "spunky"-damsel-in-distress story! ;-)

Sounds very intresting and something a little different than my normal reading material!

i haven't heard of Rachelle MacCalla before either...and she has more than this book out? i need to look for it next time i'm in town! i sometimes find myself singing...but i'm sure everyone around me would be horrified too, if they heard me. oh, the blessing of children who love what their moms do! mitzi_wanham[at]yahoo[dot]com from Peace River Country, Alberta

Sounds very interesting, I love to read, and would love to win this book.
Sharon Richmond
Blanch, NC.

please enter me thanks

I live in ND

from one Dove Choc luver to another! thank you for doing what you're called to! would luv this read '')
frm CA

I love chocolate too. Your kids sound like they keep you busy. Glad you could find time to write this book. Looking foward to this series. I'm from Ohio. kristiedonelson(at)gmail(dot)com Thank you.

This looks very interesting. I can't wait to find out what kind of background the bodyguard has. I also can't wait fir the rest of the series.
I live in the San Francisco bay area.

I love romantic suspense and a series with a royal cast sounds wonderful. Please include me in the drawing for Princess in Peril.
Merry in TX

Princess in Peril sounds like a great book - looking forward to reading it! Since I have a subscription to get L/I Suspense each month, I am not entering to win - just want to say "Keep writing!" Your ministry of writing is truly a gift from the Lord!

Oooo! This looks like it will be great! I really like the title lol Thanks for the chance to win! :)