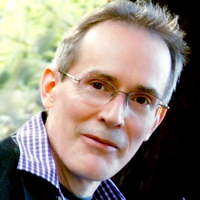 I've really been looking  forward to featuring Randy and John with this e-book release. Welcome, Randy and John. I know that this is a collaboration. How did this story come about?
Funny you should ask. The new version of Oxygen, published as an e-book o September 28, has an entire appendix on how we started working together. The short version is that I was trying to persuade John that he should pick just one novel and focus on that until he finished it. And he agreed to that—if I’d coauthor the book with him. His story had a great premise. Four astronauts are on the first manned mission to Mars when an explosion leaves them with only enough oxygen for one. So I jumped at the chance.

Did you find it easy to work together on it?
Yes and no. We’ve always been great friends (must be that nerd-herding instinct) but friendship is not enough to get the typing done. We had a short deadline and we had to learn how to work efficiently so that the story got written in time. Editing was not so hard, but getting the first draft down takes time. We found that each of us had certain strengths, and we learned to play to both of those strengths.

How did collaborating with this team impact you?
It helped make me a better team player. Up to that time, I’d generally worked as a lone wolf. Once we signed the deal, I had a legal contract that said I had to collaborate with somebody else and work to a fixed deadline. John was much better at that sort of thing than I am. He works best in a group. So I learned a lot from him about that. 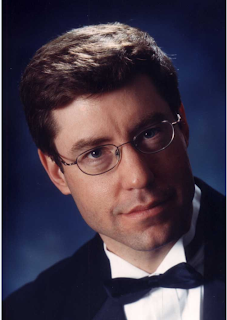 What is the hardest thing about writing as a team?
Scheduling can be tricky. We found that we could write two scenes in a day if I wrote one in the morning and emailed it to him so he could write the next scene in the evening. It absolutely positively never works to try to have both of you write a scene in the evening without seeing the other guy’s work first. Don’t try this at home. Not even the pros can make this work.

What are you reading right now?
TWITTER POWER, by Joel Comm. I’m ashamed to say this, since I’ve not been a huge fan of Twitter. Also I have a large stack of novels on my iPad that I’m supposed to be reading for endorsement. All of the authors who’ve asked me for an endorsement lately know that my life is so frenetic right now that the odds are low that I’ll be able to read them before deadline. I have Tosca Lee’s unsold novel ISCARIOT sitting on my hard drive awaiting my critique. I have special expertise in first-century Jewish history, so I’ve enjoyed talking with Tosca about her book for the last two and a half years.

How did you choose your characters’ names?
Our main characters are named Valkerie and Bob. Valkerie is a hot young woman with a Ph.D. in microbial ecology, and the name Valkerie seems to fit her pretty well. She’s adventurous and strong and confident. Whereas Bob is just Bob. He’s very competent at fixing things, but he’s not that good at social things, such as making small talk or figuring out what women want. He’s maybe not the guy you’d want to go out with on a hot date, but he most definitely is the kind of guy you’d want to be married to for fifty or sixty years, because he’s as solid as they come.  Bob is not flashy, but he’d die for the woman he loves in a heartbeat.

Would you want to work on another book together?
Absolutely. We’ve been trying for the last ten years to find another project that we could work on. The main problem is that it’s hard enough to make a decent wage when you’re writing a book all by yourself. When you have to work twice as hard and get paid half as much, that makes it that much harder to justify the time spent away from important things like your job, your family, and your cat-ironing habit.

What do you want to tell us about the book?

Oxygen is an extremely fast-paced novel in which four people have to decide how to live when they know that three of them have to die if one of them is going to have any chance at all of living. Situations like that bring out the best and worst in people. There are some people who’ll slit your throat to save their own skin. And there are others who’ll sacrifice themselves so that you can live. I’ll let you guess which kind is more pleasant to hang around with.

Please give us the first page of the book.
Valkerie woke up screaming. A viper bat clung to her face with fishhook claws, smothering her with its thin, leathery body. She tore at her face, but the creature had dug in too deep. She could already feel its venom burning into her lungs, constricting her chest in a long, convulsive cough. Struggling for control, she traced the contours of her face with tingling fingertips. Slowly, the clinging creature melted into her skin, fading back into the world of dreams.

The nightmare gradually faded, giving way to a new, more gripping terror. Valkerie was wide awake now. There was no such thing as a viper bat. But she still couldn’t breathe.

Valkerie flung herself from the camping cot and thudded to the floor. She lay on her back, gasping for breath. She was hyperventilating, but the burning in her lungs grew worse. An acrid stench filled the cabin—the smell of sulfur dioxide—SO2.

No… Valkerie rolled over and fought her way up onto her hands and knees. This couldn’t be happening. The volcano couldn’t be venting. It was supposed to be dormant. Sleeping like a baby. Dim red light filtered in through the cabin window, illuminating a large duffel bag in the middle of the room. She crawled slowly toward the bag, struggling through the coughs that wracked her body.

Squeezing her eyes shut against the pain in her cramping muscles, Valkerie inched forward until she felt the heavy canvas. She dug underneath a metallic thermal suit and pressed her breather to her face. Her lungs choked shut at the rush of acidic gas. Idiot! She flung the mask across the room. Gina-Marie had warned her about the filter, but Valkerie had insisted it would be good for one more trip.

Her mind raced. If Mount Trident was venting, the whole valley could be filled with sulfur dioxide. She had to get out of there. Fast.

Valkerie tried to stand, but the room spun out of control. She crashed onto the floor, hitting her head hard on the edge of the cot. A cloud of ringing light sparkled in her mind. Her muscles relaxed, and she gave herself to the tide of darkness that washed gently across her senses. Sleep. No more experiments. Sleep.

An image crept into her mind. A large plastic bag filled with new sample tubes. Was it still sealed? She couldn’t remember.

Groping her way forward, Valkerie swept her hands across the floor. A smooth surface crinkled at her touch. She lunged at the bag, poked a trembling finger through the heavy plastic, and pressed her lips to the hole. The air tingled in her lungs with burning sweetness.

She curled around the bag, hugging it to her body, breathing life through the ragged wound. Gradually, the needles that prickled at her consciousness started to recede, but she knew it wouldn’t last. The air in the bag was getting stale.

Valkerie took one last breath and staggered to her feet. Her jeep! It was just outside. She lurched to the cabin door and pushed her way out into the night. The air hit her in the face like a blast of hot tear gas. Gagging on the foul gases, she stumbled blindly forward, clinging to consciousness.
Heaving herself into the seat of the jeep, she turned the key. The starter whirred and the engine coughed to life, but then died immediately. Idiot! Valkerie smashed her fist against the dash. The jeep couldn’t run without oxygen any more than she could.

I started to read Oxygen on the curb at the airport, waiting for my husband last night. If I hadn't gone to bed so late at conference Saturday night, I would have stayed up reading more before I fell into bed last night. Where can our readers find you on the Internet?
Our independent publishing company is named DitDat, Inc. and lives at www.DitDat.com.
The official web page for Oxygen is at www.DitDat.com/books/Oxygen.
John’s personal web site is at www.Litany.com.
My personal web site is www.Ingermanson.com, and my web site geared for teaching people how to write fiction is at www.AdvancedFictionWriting.com.
The Facebook fan page for Oxygen is at www.facebook.com/OxygenFans .


Thank you so much for visiting my blog, Randy and John.


Readers, here's a link to the book. By using it when you order, you help support this blog.

Posted by Lena Nelson Dooley at 11:13 AM

What a great storyline.

Wow--gripping from the opening sentence and page.

Sounds like a GREAT book. Dying does bring out the best and worst. Especially if there is a choice. Wow! It makes me wonder if I'd be selfish or selfless. Hmm.. I'm from Ohio. kristiedonelson(at)gmail(dot)com Thank you.