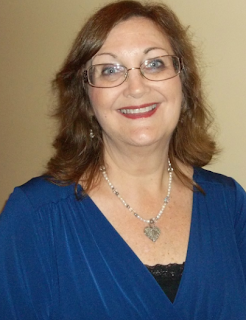 Welcome back, Jamice. So good to have you again. I know you speak at various conferences and meetings. What do you have coming up in 2012?
Strangely, I haven’t scheduled many speaking engagements in 2012. I will be serving as a mentor at the ACFW conference, but my speaking calendar is fairly empty! These days I’m spending much of my time with online e-book sales. I’m also very focused on my deadlines, so I stay plenty busy. As much as I love speaking and teaching, it’s kind of nice to pull back once in a while.

If you were planning a women’s retreat, what would be the theme for it?
Oh, that’s easy! I’d call it “Lighten Up!” and we would spend the entire conference talking about ways to live a light-hearted life. I recently spoke at a women’s retreat on a similar subject and it went over well with the ladies.

Who would you want as speakers and why?
In my dream world, I would ask folks like Liz Curtis Higgs and (local Houston KSBJ deejay) Susan O’Donnell. Both are a hoot, but both also know how to pack at punch.

Where would you hold the retreat and why?
, girl! I recently stayed at a fabulous resort there called the Diamond Beach resort. Perfect spot for a retreat. The condos are awesome and the meeting rooms are nice, too. Most of the rooms have Oceanside views, and they’re lovely because they also look out on the pools. (I will attach a photo.) 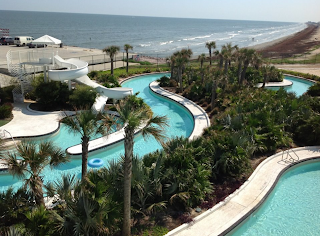 Sign me up for that. I love Galveston. Do you read print books or ebooks? Or a combination of the two?
These days most of my reading is on the Kindle. I find it easier to hold and it’s easy on my eyes, as well. I love the ease of reading on an e-device, so I think we can safely say I’ve been pulled over to the dark side!

I love my Kindle for when I’m away from home. I’ve read a lot more books since I have one, but at home, I like holding a real book. That’s an interesting title. How did you come up with it?
Love Finds You in Daisy Oklahoma is part of the “Love Finds You” series from Summerside/Guideposts. I was assigned the town of Daisy. My mom and I drove up to Daisy a year and a half ago and had a wonderful time taking photos of the area.

So what is the book about?
Here’s the official synopsis:
Love blooms in unlikely places. In 1912, two years after a tornado left many children homeless, the town of Daisy, Oklahoma, needs help with its orphanage. Enter Rena Jewel, 38 years old and still single, who longs to do something important with her life. A lover of flowers, Rena believes the letter from Daisy to be a sign from the Lord, and she promises to help. Sheriff Gene Wyatt is a widowed father struggling to control 23 unruly orphans—and to keep his own two boys from burning down the town. So when he receives word that help is on the way, Gene rejoices. Until he meets Rena, that is—a genteel and far too pretty woman whom he assumes is not up to the challenge. And after meeting the children, Rena begins to agree with him! At her wits’ end, she helps the children plant a garden and slowly earns their respect and obedience. The new orphanage director arrives just as the garden begins to bloom, and Rena must decide whether she can leave the town, the children—and the man—she’s come to love.

Please give us the first page of the book.
Daisy, , 1912
The jail housed no prisoners that Monday morning, unless one counted the local Sheriff. After the verbal thrashing he’d just received from Molly Harris, Gene felt like hiding out in one of the cells for the rest of the day.

He pulled off his Stetson and hurled it at the hat rack. “Crazy busybody. Who does she think she is, anyway?”

For a moment, he wondered what it would feel like to toss the town’s crankiest senior citizen into an empty cell and throw away the key. Wouldn’t that make a great article for the Atoka County Register? He could almost picture the headline now: Local Woman Rethinks Her Meddling Ways from Behind Bars. Surely the other residents of Daisy would back him up.

On the other hand, they might turn on him. Stranger things had happened of late. Folks who had once claimed to be his friends had turned a cold shoulder to him after hearing Molly’s repeated tirades about his boys. Many seemed to share her concerns.

Releasing a slow breath, Gene tried to calm down. Unfortunately, Molly’s words weren’t easy to shake off. They’d stung, worse than he cared to admit, but what could he do? His hands were already too full, what with raising the boys alone.

He made his way back to his dreary office, eased his way down into the chair behind his messy desk, and began to thumb through the mail, which he’d just fetched from the postmaster. Minutes later, he still found himself mulling over the elderly woman’s criticism of his two sons. Sure, William and Jacob were a handful—no denying that—but did she really have to call them hooligans? They were only ten and eight, after all. Far too young to be accused of such nonsense. And that comment about how they might one day end up serving time was way out of line.

He paused to think it through. The way things were headed they might very well end up going down the wrong road. If only they still had a mother to guide them, then maybe. . .

No, he wouldn’t think like that. The two years since Brenda’s death had been dreadful, but the pain of losing her lessened more with each passing day. No point in resurrecting it. The boys would be fine. He would see to it, if it was the last thing he did. In the meantime, he had work to do, and plenty of it.

How can readers find you on the Internet?
I love to interact with readers in a variety of places, including:
FACEBOOK: https://www.facebook.com/JaniceHannaThompson
TWITTER: booksbyjanice
MY WEBSITE: www.janicehannathompson.com
MY BLOG: http://janiceathompson.com/blog/category/blog

So good to talk with you again, Janice. I can't wait until we're together again. We have so much fun together.

Readers, here’s a link to the book. By using it when you order, you help support this blog.
LOVE FINDS YOU IN DAISY, OK

Love sounds like a great book. Would love to read it! Funny my great aunt's name is Jewel Rena! Thanks.
Amy Campbell
Southwest VA

Sounds great! My mom is a gardener and lover of nature, might have to pass the book on to her if I win...

I've enjoyed the LFY series for several years and can't wait to read this new title.
Maggie in Northern Indiana

I have enjoyed the Love Finds You books and have enjoyed Janice's books. Would love to win a copy of this book.

Thanks for posting, Lena! And thanks, ladies, for your interest in my book! Amy, how funny that you have a relative with a similar name. My grandmother (Rena Jewett) was my inspiration!

This sounds GREAT! Would love the chance to read it. Please enter me. I'm from NC. Thanks!!!!

This book sounds SO good! Please sign me up. :)

Looks great. Please enter me in the drawing. Portsmouth, VA

I had to smile at the opening to your first page - just wonderful.

That's a beautiful spot for a retreat! I enjoy books with older characters. This one sounds right up my alley. Thank you for the giveaway.

Oh this book sounds so good! Love the cover. I would love to win a copy of it.

Thanks for this giveaway!
Blessings!
Judy from Indiana

this book sounds great! thanks for the chance to win.
Thanks
Joanna Richmond
Blanch NC

Sounds awesome! And Galveston looks like a great vacation spot. :)

cool I love LFY books thanks for chance to win

Looks so interesting! Please enter me! Thanks and God Bless!
Abigail
Blanch,N.C.

Thank you for the great Interview, I love your Books and this one sounds so good, please enter my name in your Contest.
Many Blessings

I know when I pick up one of Janice's books, I will be smiling and enjoy a terrific story. Please toss my name in the hat!
Merry in TX

I LOVE these "love finds you.." books! Would love to read this one!

Thanks for the opportunity to win a copy of "Daisy".
Janice - our book club (South Sub) enjoyed our chat last month. We are still giggling about "Fools Rush In"! You are so gracious to spend time with book clubs, thank you!
Sharon
Eagan MN

Please enter me...I love,Love Finds You books.Thanks so very much for all these great interviews.Jackie Tessnair from N.C.

I've never been to Galveston, but that picture screams "rest."

From your first page, it sounds like the sheriff has his hands full and needs a little help.

I would love to read this story. Going on my TBR pile either way.

Sounds like an interesting book. Please enter my name. Thank you.

I'd enjoy reading this book about Oklahoma.
pbclark(at)netins(dot)net

Love reading Love Finds You books. Would love to win this one.

OOOOoooooooOk lahoma ~*~ from ages 12-26 I lived in Oklahoma! Would love this book. Please add me to the drawing.
Missouri
lanehillhouse[at]centurylink[dot]net

Oooh... sounds like a really good read! Please enter me!

i am looking forward to reading this next LFY novel. i have never been to Oklahoma, but would love to learn more about it. Thanks, Lena and Janice for the chance to win. Of course, when i win a novel~ sometimes my Mom gets into it before i do (hahaha)

I love the LFY stories and look forward to reading another of yours Janice. Thanks for stopping by to chat and share with us. Thanks for the opportunity to enter giveaway.

I live in Georgia

I have read several Love Finds You books and would love to read this one. Please enter my name in the drawing. Thank you.