My friend, Lisa Harris, is a missionary in Africa and writes Christian suspense novels set in Africa. So I’ve really learned to love novels set there.

Rare Earth by Davis Bunn is set in Africa. The story pulled me straight into the heart of the people, who have been displaced and had their land stolen from them. I know that the conditions he created in his book are mirrored in several parts of that continent.

I loved the fast-paced plot line that could have been ripped from the headlines. Exploitation and corrupt government officials are often found in many of the countries in Africa. And international aid workers are active just as they were in the book.

I especially like the way Mr. Bunn revealed the divergent paths trod by the poor as opposed to the wealthier people in the area. He made the setting so real that I could almost taste the dust and smell the volcanic eruptions. He even wove in some of the legends of the natives.

The suspense element kept me guessing for a large part of the story. And the characters leapt from the pages and performed feats of valor right in front of my eyes.

There was just the right balance between the spiritual thread and the character development. And no book would be complete for me without a romantic thread woven through. He did a masterful job of that as well.

I received a complimentary copy of this book for review from Bethany House Publishers. I was not required to write a positive review. The opinions I have expressed are my own. I am disclosing this in accordance with the Federal Trade Commission's 16 CFR, Part 255.


About Rare Earth
Marc Royce stares out of the helicopter, a sense of foreboding rising with the volcanic cloud. Below, the Rift Valley slashes across like a scar. Decades of conflicts, droughts, and natural disasters have left their mark.

Dispatched to audit a relief organization, Royce is thrust into the squalor and chaos of Kenyan refugee camps. But his true mission focuses on the area's reserves of once-obscure minerals now indispensable to high-tech industries. These strategic elements—called rare earth—have inflamed tensions on the world's stage and stoked tribal rivalries. As Royce prepares to report back to , he seizes on a bold and risky venture for restoring justice to this troubled land.

But this time, Royce may have gone too far. 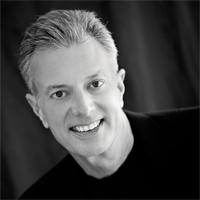 About Bunn
Davis Bunn is an award-winning novelist whose audience spans reading genres from high drama and action thrillers to heartwarming relationship stories, in both contemporary and historical settings. He and his wife, Isabella, make their home in for some of each year, and spend the rest near , where they each teach and write. Visit at www.davisbunn.com.

Q & A with Bunn
When you finished writing Lion of (book 1 in the Marc Royce series), did you just keep going with the storyline and wrote Rare Earth at the same time? Or was there a time gap in between?
Normally by the time I complete a story, I have been living with the characters and the tale for about a year. What I need more than anything just then is a break. I don’t need to stop writing; I just need to write about something else. The emotions for a new book have to be fresh. The characters are not just continuing on. They are starting over. The emotions and the concepts and the tension and the theme are all brand new. The names stay the same. The rest of the universe shifts on its axis.

Marc Royce is not your typical hero. Where did you find your inspiration for his character?
As I started researching the first book in this series, Lion of Babylon, I took a flight where I was seated next to this very remarkable woman, an amazing combination of hard intelligence and great gentleness. She was reading a pocket New Testament. We started talking, and it turned out that she was a special operative, formerly with the State Department intelligence division, and now working with the Department of Defense Intel. I found myself drawn by this incredible paradox of ruthless focus and very intense calm.

Soon after this flight, I had an opportunity to meet a senior figure in the CIA. I had never had any contact with the intelligence community, and all of a sudden I was finding one door after another being opened, because both of these people—the DOD Intel officer and the CIA agent—took it upon themselves to help introduce me to their worlds. I have found this happen on a number of occasions, and these ongoing miracles humble and astound me. I drew on these people as the basis for structuring my hero.

What can readers expect to find in Rare Earth?
All my books hold to one key aim—to create a story that carries a moral, and together result in an impact or challenge or inspiration or comforting assurance that remains long after the book is set down. That, to me, defines a worthy effort.

What kind of character is Marc Royce?
He carries his faith into a world that likes to think Jesus no longer plays a role. He sees himself as the ultimate outsider, wounded by the loss of his wife, searching for a place he can call home, and an ideal worth living for—or giving his life for.

Tell us about one or two other key characters.
Like the book that launched this series, Rare Earth is a story about the missionary church. Many of the other characters are Kenyan, and reveal the amazing role that believers play in this nation.

What type of research did you do for this series?
I worked in for four years early in my adult life. I was not a believer at that time. I came to faith four years later. I taught in last year, the first time I had been back to sub-Sahara in almost twenty years. Going back to now, as a believer, has opened my eyes to many things. Seeing with the compassion of sharing faith and seeking to serve means that I do not merely observe, I share with them. I hope this comes across in my story.
Research is a huge component of all of my stories. But with Lion of Babylon and Rare Earth, the situation was quite different. In both these Royce novels, I was combining knowledge gained in my previous business life with the perspective gained from my walk in faith. It has been quite a fulfilling experience, personally, to revisit these lands and see them through the eyes of our compassionate God.

Which character in Rare Earth do you connect to the most?
This is the second book starring Marc Royce. He is a complex individual with a lot of amazing traits. I feel like I am finally coming to terms with the depths of this man.

Which character was the most difficult to write?
There is a Luo chief in , a strong leader who has had everything stripped from him except his faith. He is the uncle of another great man, another leader. To have two people from the same tribe, and create individuals that stood out as unique portraits, was very challenging. I feel that I have done a solid job with them. I look forward to hearing what my readers think.

What was your favorite scene to write in Rare Earth?
It is very rare that a first scene holds such a powerful connection for me. Generally it is one where there is a revelation between characters, or a defining moment when a person’s eyes are truly opened to the eternal for the first time.

But in Rare Earth, when I shut my eyes and envision the story, it is that first scene that blazes into light. Travelling on the UN chopper from , watching the volcano take shape upon the horizon. Marc Royce has been sent out there to fail. And to die. I really am pleased with that opening sequence.

How can readers find you on the Internet?
My website and blog are at www.davisbunn.com
Subscribe to my blog’s feed (to get my latest posts via e-mail or through your feed reader) at http://feeds.feedburner.com/DavisBunn
Sign up for my e-newsletter (for subscriber-only giveaways and advance notice of my upcoming novels): http://www.davisbunn.com/news.htm
Facebook Author Page: facebook.com/davisbunnauthor
Twitter: @davisbunn - http://twitter.com/davisbunn
Pinterest: http://pinterest.com/davisbunn/

Thank you, Davis Bunn for introducing us to this wonderful book.

Readers, here are links to the book. By using one when you order, you help support this blog.
Rare Earth

Looks great. Please enter me in the drawing. Portsmouth, Va

I liked Davis' book Lion of Babylon so Rare Earth also looks intriguing to me. I'd love a chance to win a copy.
Thanks for the review and interview as well as the giveaway.

Hi Davis,
Thank you for giving me a chance to win you book " Rare Earth " it sounds like a great book. I can't wait to read it. God bless you and have a great week.
Norma

I have read nearly all of Davis Bunn's books and he is one of my favorite authors. Please enter me for an opportunity to win this book.
God Bless You!
Dennie Richmond
Blanch, NC

Looks Great! Please enter me!
Thanks and God Bless!

This looks great! I'm in MN.

Sounds like a great read! I'd love to win a copy!

I have often wondered about Africa. I think that the news stories I have seen are so skewed. We don't get lots of world news in America. Sigh. Don't even get me started on that. We know all about Britney Spears and Justin Bieber though. Another sigh this time accompanied with an eye roll. Your book sounds like it's chock full of inside info on the CIA and American government. Sounds like a great read. Kristie from Ohio. kristiedonelson(at)gmail(dot)com Thank you.