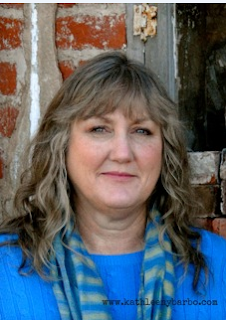 One of my favorite authors and friends is back visiting with us. Welcome, Kathleen. How did this book come about?
Originally, I had another story idea planned for book 2 in the Secret Life of Will Tucker series, but my editor suggested I write the story of the hero’s best friend in book one. Thus, Agent Kyle Russell, inventor and crime fighter, got his say.

Tell us about the book’s cover and what makes it unique.
One of the book’s two main settings is , so I love that the designers captured the feel of the in this cover. Between the gaslights and the iron balconies, I believe they did a great job.

Please explain and differentiate between what’s fact and fiction in the book.
Of course, Millie and Kyle are fictional characters, as are most of their family members. However, I do include Jean Lafitte, a pirate and hero of the War of 1812 in the tale. It is also fact that many people in the region of and believe that treasure was buried by Lafitte before his hasty departure in the early 1800s. According to these experts, time and storms have removed many of the markers leaving untold amounts of wealth waiting to be found.

How much research did you have to do for this book?
Since I grew up on the , much of what I wrote were things I learned during those years. From the search for pirate treasure to the red house on and the moss hanging down on dark bayous, these are things of my childhood. Because Millie is a girl, I did take a trip there to experience the city for myself. During that same research trip, I traveled down into the places where Lafitte was known to frequent as well.

What are some of the most interesting things you found about this subject that you weren’t able to use in the story?
I watched a documentary on Confederate gold that put forth the hypothesis that Jean Lafitte’s pirate treasure might be hidden beneath the Mississippi River or, more interestingly, under a prominent landmark in New Orleans. Both are compelling theories but neither managed to find a place in the story.

What inspired and surprised you while you were writing the book?
I grew up a stone’s throw from and lived in Cajun Country (aka ) for five years, so writing about that part of the country and its people always inspires me. As to what surprised me? I think that would be the intricacy of the plot I managed to weave and the inventions that Kyle created that I was able to use in the story line.

What do you hope the reader takes away from the story?
I hope that the reader will see that even when it appears we have strayed from the path God designed for us, He is always there to lead us back to where we should be. A second lesson is that it’s surprising what one can learn by asking questions and then really listening to the answers. Sometimes those who we do not believe have much to offer us are the very ones God uses to send us a message.

What is the next project you’re working on?
I just finished galleys for the third book in the Secret Lives of Will Tucker series. Sadie’s Secrets offered more than a few surprises while writing. I won’t give the plot away, but suffice it to say that Will Tucker offered the biggest surprise of all—and I’m the writer!

What do you do when you have to get away from the story for a while?
I read. Failing that, I love long car rides with my husband.

Please give us the first page of the book.
Chapter One
December 24, 1888

“I am a Pinkerton agent, not a treasure hunter, Cap.”

Agent Kyle Russell knew he had raised his voice far louder than was proper, but he did not care. In previous cases, pleading his passion for the topic might have been a sufficient excuse, but this time he offered no apology. He was a man accustomed to working cases that mattered, not a flunky being used to further a political career.

“The President has requested I put my best man on this case, and unfortunately, you are he.”

If this was the captain’s way of praising him, the compliment fell short. Nor did it matter than it was Christmas Eve and he had agreed to a meeting in when his mother wished him home in to celebrate the holidays with his family.

“March 4.” The captain shrugged. “Your time on this case lasts only until inauguration day. When the president leaves office, you can leave this case behind.” He removed his spectacles and pinched the spot where they’d last rested on his nose. “What if I allow you to return to the Will Tucker case when you are done with this one? Would that sweeten the pot for working this one until the first week of March?”

The name held memories of a grudge that had become personal. Of a man whose exploits had wounded hearts and caused losses beyond the jewels he stole from his victims. That he had escaped from Angola Prison in had been a thorn in Kyle’s side for almost two years.

A lift of one shoulder and the captain donned his spectacles once more. “I would only be guessing, but I think he is looking to add some money to the government coffers. To leave on a high note, as it were.”

“Meaning he is promising to be back in four years. To be responsible for adding a substantial deposit of gold to the treasury without taxing the people might help him get there.”

“Confederate gold for reelection?” Kyle shook his head. “Not seeing the point in it.”

“We do not have to see the point,” he said. “And who knows? Maybe it is not Cleveland himself who’s asking. It could be anyone who runs in his circles. A cabinet member, one of his political backers, anyone.” He walked to the door and closed it. “The assignment comes from William Pinkerton himself, so I suggest you take it seriously and respond accordingly.”

Can’t wait until my book gets here. It’ll be the next book I read. How can my readers find you on the Internet?
Website/blog: http://www.kathleenybarbo.com/
Twitter:https://twitter.com/KathleenYBarbo
Pinterest:http://pinterest.com/kathleenyturner/boards/
Facebook: https://www.facebook.com/kathleen.ybarbo
Goodreads:http://www.goodreads.com/author/show/153441.Kathleen_Y_Barbo

If you’re reading this on Google +, Feedblitz, Facebook, Linkedin, or Amazon, please come to the blog to leave your comment if you want to be included in the drawing. Here’s a link.
Http://lenanelsondooley.blogspot.com
Posted by Lena Nelson Dooley at 6:46 AM

would love to win.Angela from KY 240

Sounds wonderful! I look forward to reading the books in The Secret Lives of Will Tucker series. Maybe I'll even win one!! Thank you for sharing.

This sounds like a great book. Thanks for the interview. Carol from AL

Thank you for hosting me, Lena. As always, it was wonderful chatting with you!

This sounds like a fantastic book. I would love to receive a copy.

I've read other books by Kathleen and like her combination of spunky characters, touches of humor, and action (with some romance sprinkled in). I'd love to win a copy of Millie's Treasure. Thanks for the chance.

This book sounds so intriguing. I can hardly wait to read it. Thank you for offering an opportunity to win a copy.
may_dayzee (at) yahoo (dot) com
Tennessee

This book sounds sooo good, would love to win a copy of it, thank you for the chance.

Thanks, Kathleen! Gig 'em right back at you!!

I haven't read many books in this setting! Sounds intriguing... :)
Thanks for the giveaway and interview!

Thank you for the wonderful first page. I look forward to reading more.

Intriguing! If I win, I'll need to find book 1. Thanks for the chance

I would love to win this. I read the one before it and really liked it.
Rebekah TN

This sounds like a fascinating era in the history of the location - would love to win this! I live in Phoenix AZ

Book begins with lively and interesting chatter. Also, this is an interesting period of American history. Would love to win.

Would love to win a copy.
Tonja in Virginia

Looking forward to reading this book, thank you for a chance to win.

I like books about second chances, as I'm praying for our sons to get a second chance with Jesus. Love to win your book. sharon, CA

Millie's Treasure sounds wonderful. Please enter me in contest. Thank you for the opportunity to win.PA.

I agree, & can testity, that the Lord often uses the least expected person/thing to get our attention.

I haven't read any of your books, Kathleen, & would love to read/win this one! Thanks!

I really enjoyed the first one in this series and would love to win this one! I'm in MN.

I loved the first book in this series and Mille's Treasure looks wonderful. Please add me!
Merry in MN

I would love to win Millie's Treasure.
Beth from IA

We have Kathleen's books in the church library.
I would love to win this book to add to our shelves.
Thanks!
Janet E.
von1janet(at)gmail(dot)com
Florida