THE LETTERS - Suzanne Woods Fisher - One Free Book, Plus Much More 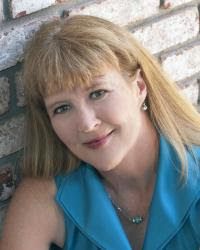 Bio:
Suzanne Woods Fisher is the bestselling author of the Lancaster County Secrets series and the Stoney Ridge Seasons series, as well as nonfiction books about the Amish, including Amish Peace. She is also the coauthor of a new Amish children's series, The Adventures of Lily Lapp. Her interest in the Anabaptist cultures can be directly traced to her grandfather, who was raised in the in Franklin County, Pennsylvania. Suzanne is a Carol Award winner and a Christy Award finalist. She is a columnist for Christian Post and Cooking and Such magazines. She lives in . For more information, please visit suzannewoodsfisher.com and connect with her on Twitter @suzannewfisher. Get Amish proverbs delivered right to your iPhone or iPad! Download the Free App! http://bit.ly/134r55G

Welcome back, Suzanne. Why did you become an author?
Writing is such a joy to me. I couldn’t not write!

If you weren’t an author, what would be your dream job?
Probably a book reviewer or an Acquisitions Editor. As soon as I could get to books…

If you could have lived at another time in history, what would it be and why?
Right now, I’d like to pop into in the late 1600s, early 1700s. Even the early 1800s. Writing a series based on the whaling period and I wish I could soak up the sights and smells of that time. What did whale oil smell like?

What place in the have you not visited that you would like to?
! On my bucket list.

How about a foreign country you hope to visit?
Just last night we bought our plane tickets to ! Actually, we had lived there for four years in the late nineties. Our youngest daughter, Meredith, is moving to next week (!) to teach at an international school. We just gotta visit!

I have a friend who did that. First teaching English in a school there, and now working for a ministry. What lesson has the Lord taught you recently?
Sigh … letting go of children so they can pursue their dreams. I’m so excited about my daughter’s big move, but part of me is grieving, too. Really, really, really gonna miss her.

Tell us about the featured book.
Seeking a fresh start, newly widowed Rose Schrock settles her family into a farmhouse in Stoney Ridge and turns the basement into a guest room. A charming cast of characters finds love, forgiveness, and renewal behind the doors of the cozy at Eagle Hill. Yet the inn brings more surprises than Rose can imagine, including some unfinished business from her past.

Please give us the first page of the book.
Page 1 of The Letters by Suzanne Woods Fisher

The air had the sweet burn of frost. Long out of habit, even in the winter months, Rose Schrock woke before dawn to carve out a little time for herself before the day began. She liked the bitter cold, a cold that seemed to sharpen the stars in the wide sky. Dawn was her favorite hour, a time when she felt most keenly aware of how fragile life truly was. Between one breath and the next, your whole world could change. Hers had.

On this morning, wrapped in her husband’s huge coat, she walked along the creek bordering the farm and climbed the hill. The thin February moon, low in the horizon, lit the sky but not the ground. Her golden retriever, Chase, trotted behind her, saluting trees along the path, baptizing each one as he went. When Rose reached the top of the hill, she sat with her back against a tree. In its awakening hour, the farm below seemed peaceful, lovely, calm. The birdsong symphony had just begun—something that always seemed like a miracle to Rose. How did that saying go? “Faith is the bird that feels the light and sings when the dawn is still dark.” And wasn’t that the truth?

Rose Schrock had been raised not to complain, so she didn’t, but the truth of the matter was, the last seven months had been the hardest stretch of her life: so many things had gone wrong that it was hard to know which trouble to pay attention to at any given time.
Her mother-in-law, Vera, assured her cheerfully that increase in trouble was something she had better get used to. “You can’t expect mercy.”

“I don’t expect it,” Rose had told Vera. “I just wish things would go wrong one at a time. That way I could handle them.”

Soon, she would need to head back down the hill and wake her boys. Her girls would already be stirring. They were unusually helpful and did whatever chores there were to do without being asked, whereas her two young sons were so sluggish in the morning that it took them half an hour just to get themselves dressed and downstairs. Before Rose left this quiet spot, she had something to do. To say. No, no. She had something to pray.

Lord, I beg your pardon, but I am in a fix. I’m about wrung out from all this, and it’s getting so I can barely tell which way is up. I’ve got four fatherless children—five, if I knew where that oldest boy had run off to—an addle-minded mother-in-law, and barely thirty-six dollars left in my pocket. I’m fresh out of backbone, Lord. And near out of fight. Near out. Lord, if you’d be so kind, look down here and let me know what to do. I need a Plan B.

Rose waited quietly, hoping for a word from above, or maybe just an inkling. Reflecting, she decided it was funny how life could change so fast. She used to have so many plans. Now, her plans for the future were foggy at best. Years ago, money had been the last thing on her mind. Now it was all she thought about. Scarcely seven months ago, she had a husband. Now Dean was gone. A few years earlier, she hadn’t minded so much being with her mother-in-law. Not so much. Now she couldn’t think of anything worse.

Anything you want to say, Lord? Any advice? A word of wisdom? Rose heard the gentle hoot of a screech owl, once, then twice. A rooster began to crow. That would be Harold, the loudest rooster in the county. The day would soon begin.

A moving bright light in the sky caught her eye. She watched for a moment, intrigued. Then, fascinated. It was a shooting star, darting over little Stoney Ridge in all its glory and majesty. Her jumbled thoughts gave way to a feeling of peace.

What a thing to see at a time when she needed it so badly!

Suzanne Woods Fisher is celebrating the release of the first book, The Letters, in her new series by giving away 2 iPads, 2 Kindle Fires and 2 Nook HDs! Wow!

Don't miss a moment of the fun; enter today and be sure to visit Suzanne's blog on the 19th to see if you won one of the great prizes! (Or better yet, subscribe to her blog and have the winner announcement delivered to your inbox!)

Thank you, Suzanne, for sharing this new book/series with us.

Readers, here are links to the book. By using one when you order, you help support this blog.
The Letters - Christianbook.com
Letters,The: A Novel (The Inn at Eagle Hill)

If you’re reading this on Google +, Feedblitz, Facebook, Linkedin, or Amazon, please come to the blog to leave your comment if you want to be included in the drawing. Here’s a link.
Http://lenanelsondooley.blogspot.com
Posted by Lena Nelson Dooley at 6:35 AM

Another wonderful author and interview! Thank you so much!!

What an adventure for her daughter! Hope Suzanne has a great trip :)

always enjoy reading books by this author, thanks for the wonderful interview.
paula o(kyflo130@yahoo.com)
a reader in Ga

I have experienced the sadness of, & difficulty adjusting to, my youngest child leaving home - I was single, & took a job with a friend in another state, for a change of pace - to keep my mind occupied.

I love everything about the Amish & would love to read/win a copy of your book - thanks for the opportunity!

Another must read Suzanne Woods Fisher's book for me. Wonderful!!

Suzanne is one of my favorite writers! I would love to read this book.

Loved the interview and love Suzanne's books!
Thanks for the chance to win her book!

Please enter me! I have loved Suzanne's books since the very first one she has ever written! Reviewing is great, but I'm glad you chose to be an author! Thanks for the opportunity to win!

Oops, am on kindle and it messed up my email for above comment!

Thanks for the chance to win a copy of this book. I don't think I've read any of Suzanne's books before.

Would love to read this one! Thank you!
Amy C
VA

Suzanne is a fantastic author. Would love to win. Great interview!!! Thank you for entering me in the giveaway.

I enjoy Suzanne Woods Fisher books very much. This looks like another good one!
Beth from IA

Enter me! Thanks!
Blanch, N.C.

Thanks for the opportunity!

I love reading Amish Fiction and would be so happy if I won The Letters.

Thanks for the awesome giveaway and God Bless!
Sarah
N.C.

Thank you for giving me a chance to win your book. I enjoy Amish books so much. God bless you.
Norma
Ohio

I enjoy anything Suzanne Woods Fisher writes, and I also appreciate that she will pray for her fans as well. She did for me and I will never forget. Would love to win this contest. Thanks you. Judy C. in Louisiana.

Great interview.I have been wanting to read this book every since I first saw that it was coming out.I love Suzanne's books.Have a great trip with your daughter Suzanne.Jackie Tessnair N.C.

You will really enjoy Alaska. We went there on a Cruise in 2010 and had a wonderful time. Love to win your book THE LETTERS. Sharon, CA

Adding this book to my wish list. Thank you for the opportunity to win a copy.

This book sounds wonderful.. Please enter me in contest. Thank you for the opportunity to win.PA.

I would love to win this book. Thank you.
Kay from NY
msbookwormlady(at)aol(dot)com

Please enter me.
Tonja in VA