Readers, Kathleen Y'barbo Turner is a very special friend. We've prayed each other through both good times and hard times. 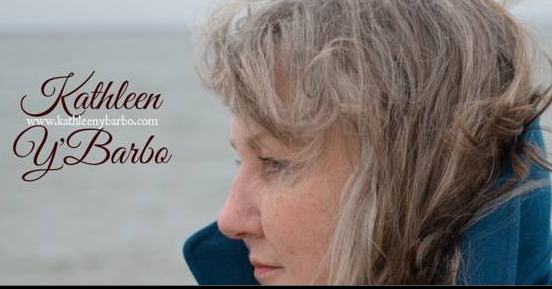 Welcome, Kathleen. Do you have a favorite genre to write? If so, what is it?
Fiction, of course! More specifically, I love writing both historical and contemporary romance, especially if there’s a touch of steampunk in the historicals and something Southern in the contemporaries.

If you didn’t live in the part of the country where you do, where would you live?
I would live at a beach somewhere warm. Of course, that assumes that our children and grandchildren would live nearby. So maybe I should say I would live on a beach near an airport and not too far from a bank where our lottery winnings are on deposit (to pay for those plane tickets)—LOL!

What foreign country would you like to visit and why?
I want to go back to to see my son who lives there and then have the time to travel around to see all the wonderful sites and visit the locations where my family is from. Side trips to and would, of course, be on the agenda.

I have family roots in , , , and , so I’d love to visit , too. Describe what you think would be the most romantic vacation you could take.
I’ve already taken it and while I won’t share the details, I will say that it involved , an elopement, and a two-week stay at the officers’ quarters at Joint Base Pearl Harbor.

I remember the first pictures you sent me from there. Where would you like to set a story that you haven’t done yet?
Occasionally I toy with the idea of writing about the area where I was born, , on the .

What is the main theme of this novel?
Sadie’s Secrets is a story of redemption, although that comes in different forms to each of the main characters. I’ll have to let you read it to see what I mean. :D

I can hardly wait. My copy hasn’t arrived yet. Tell us about the story.
From bestselling author Kathleen Y’Barbo comes Sadie’s Secret, the third book in The Secret Lives of Will Tucker series, captures the romance of the South mingled with adventure and laced with secret identities and hidden agendas.

, 1890—Sarah Louise “Sadie” Callum is a master of disguise, mostly due to her training as a Pinkerton agent but also from evading overprotective brothers as she grew up. When she takes on a new assignment with international connections, she has no idea her new cover will lead her on the adventure of a lifetime.

Undercover agent William Jefferson Tucker is not looking for marriage—pretend or otherwise—but his past is a secret, his twin brother has stolen his present, and his future is in the hands of the lovely Sadie Callum. Without her connections to the world of upper-crust , might never find a way to clear his name and solve the art forgery case that has eluded him for years.

Only God can help these two secret agents find a way to solve their case and uncover the truth about what is going on in their hearts.

Please give us the first page of the book.
May 10, 1889
Penitentiary
,
Detective William Jefferson Tucker of the Criminal Investigations Division, London Metropolitan Police, stepped across the threshold of the sewer pit known as the Louisiana State Penitentiary at Angola with one purpose in mind. To see his brother, also named William.

His twin. His polar opposite.

With his first order of business being an explanation of exactly what John had done this time, he turned toward Major Samuel James’ office. When in doubt, go to the top, that was his motto. And Major James was the top dog around here.

“Hold on there,” someone called. turned to see a uniformed guard coming toward him, one hand on his holster and the other pointing in his direction.

“Just paying a visit to the warden,” he said with all the charm his mama had taught him. Nothing to get upset about.”

“We’ll just see about that,” the guard said as he nodded toward the other end of the dimly lit hall. “Just come on back here and sign in, and then we will see if the warden’s interested in visiting today.”

Shaking his head, tried not to show amusement at the man’s pompous behavior. While he had seen the other side of a jail cell on many occasions, it had always been in the position of arresting officer and not prison guard. To spend day after day in this place would cause anyone to own an ill temper.

If you want to read more, Harvest House Publishers has posted the entire first chapter on their website. The link to the site can be found here: http://harvesthousepublishers.com/book/sadies-secret-2014/

Readers, here are links to the book. By using one when you order, you help support this blog.
Sadie's Secrets - Christianbook.com
Sadie's Secret (The Secret Lives of Will Tucker)

- Amazon
Sadie's Secret: 3 (The Secret Lives of Will Tucker) - Kindle

I would love to win. Angela from KY.

Sounds like a great book!! thanks for the giveaway!!!
Sydney Harrries
GA

Sadie’s Secret sounds wonderful. Please enter me in contest. Thank you for the opportunity to win.I enjoy reading your books.Have a wonderful week.PA.

Thank you for hosting me today, Lena! I'm always thrilled to be here. Readers, while you're waiting to see who wins a copy of Sadie's Secret, please consider picking up one of Lena's fabulous novels!

It's always a great pleasure to have you on my blog. Thanks for plugging my books, too.

I LOVE Millie's Treasure and I really want to read this book! Thank you for the chance!

Sadie's Secret sounds like an exciting book! I can't wait to read it! Thanks for doing the interview! I love reading about the authors I read :)

Ahh! I forgot to mention I'm in WI, freezing. Brrrrrr.

Keeping my fingers crossed for this one.

This does sound very interesting. Great first page thank you.

Historical fiction is my favorite! I live in Lancaster County, PA.

Catching the drift back in time, the switch of identities, probably a bit of romance. The cover is eye-catching cute. Sounds delightful.

I'm in middle NC and waiting for snow and ice to slam us. Brrrrrrr......

I love Pinkerton stories. This looks like a great book.
Susan
Odessa, TX

I love this time period and the book sounds like a winner. Please enter my name in the drawing to win a copy.
Thanks!

I have enjoyed your books in the past, really interested in the redemption aspects of this one!

I would love to win a copy of SADIE'S SECRET! Thank you so much for the opportunity!

Oooh, this is exciting!

Would love to get this book!!!

I so enjoyed reading all the comments! Thank you for your sweet words!

Ooh, I love the cover -- and I love stories about Pinkertons!

Sadie's Secret sounds so good! I love this Will Tucker series!

I am loving this series, so fun!
Merry in MN