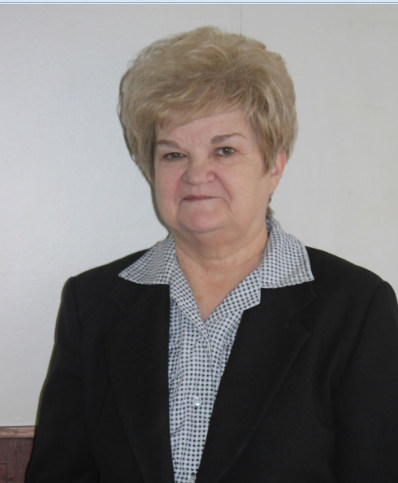 Welcome, Helen. Tell us how much of yourself you write into your characters.
A little of me probably comes out in all my characters. The historical ones are patterned more after my parents.

What is the quirkiest thing you have ever done?
I really had no idea. I asked my husband if he knew, and he said, “Yeah, you married me.” And he’s probably right. He was my pastor, and he changed me from Helen Brown to Helen Gray.

When did you first discover that you were a writer?
It was around the time my last child started school. Always an avid reader, a friend and I made a practice of exchanging books and discussing them. Eventually we decided that we could write a book and challenged one another to do so. I completed ten books—and have since completed more. She never finished a single chapter.

Tell us the range of the kinds of books you enjoy reading.
I read contemporary and historical romance and mysteries for pleasure. I read craft books for writing and a hodge-podge for research. Unfortunately, the more I write, the less time I can spend reading. Also, like other authors, I have trouble turning off the internal editor.

How do you keep your sanity in our run, run, run world?
I quit running.

Good answer. How do you choose your characters' names?
I usually determine my setting and basic storyline first. Then I try to recall names from my family background for historicals. Sometimes they just come to me, or the characters may just appear in my mind.

What is the accomplishment that you are most proud of?
That my three grown children are committed Christians—and the fact that May 31 will mark 50 years of marriage.

Congratulations. James and I will celebrate 50 years later this year. If you were an animal, which one would you be, and why?
I've always told my family that if I believed in reincarnation I would see myself coming back as a lizard—so I could just lie around in the sun and watch the world.

What is your favorite food?
It’s grilled chicken, accompanied by a baked potato and garden salad.

What is the problem with writing that was your greatest roadblock, and how did you overcome it?
I hate conflict in real life, so creating conflict for my characters can be tough. Sometimes I read stories from my "think" file of newspaper clippings and adapt scenarios from them.

I also hated to be mean to my characters, but I had to overcome that. Then my books became more powerful. Tell us about your featured book.
In my early years of scribbling, my mother read all my books. Then, after a time when I had been grilling her about her experiences growing up in the Great Depression, she typed up some notes for me. Back then most guidelines defined historical books as those set before the turn of the century, so those notes went into a file. Six years ago I lost my mother. Several months later I pulled out those notes—and decided the time had come to use them.

I wrote a historical set in the Great Depression, fictionalizing the small town of my girlhood and characterizing a heroine with the help of my mother's notes. The sale of the series seemed almost prophetic in timing. The message saying the series had been given a YES arrived on my hubby's birthday. The contract arrived on the anniversary of Mom's death. The book is dedicated to her.

Here is the back cover blurb.
CALLIE BLAKE CAN'T AFFORD TO FALL IN LOVE
She’s too busy helping her family survive the Depression. When she returns home to their farm, she sees her childhood crush, Trace Gentry, and it stirs up old dreams she tries hard to ignore. Trace is kind, handsome and wealthy. He'd never be interested in a poor girl like her—would he?

Successful businessman Trace is crazy about Callie, and he knows she thinks she's not good enough for him. But he's clueless how to woo her. Until he devises a plan that will prove his love to Callie and make all her dreams come true.

Please give us the first page of the book.
, 1930
Callie Blake picked up a couple more sticks of firewood from the slab pile and added them to her load. Arms full, she rounded the sawdust pile near the family sawmill and headed for the house. She twisted her head, wishing she had a free hand to wipe the sweat that trickled from beneath her bonnet and dampened the collar of her blue cotton dress.  The smell of fresh sawdust permeated the still, parched air.

The family dog lay panting in the sweltering shade of a huge oak tree, his tongue hanging out. The calendar said today was the third of September, but the heat of August persisted in the Missouri Ozarks.

The sound of a motor drew her attention to the road. A 1927 Chevrolet truck slowed and pulled into the strip of ground between the road and the yard.

Callie paused as the visitor got out of the truck and came closer. Then she got her first look at his face.

The sight of him sent her tumbling back in time. He was as tall as she remembered, six foot or a little more, and as good looking as ever. His dark brown hair held just a hint of curl, and deep set blue eyes made hearts flutter—including Callie’s, once upon a time. Which had been pointless then—still was now. Time and trials had changed him from a “cute” boy to a lean, muscular man. A heart-stoppingly handsome man.

He carried himself with assurance and always seemed at ease with everyone. Nobody else had ever fascinated Callie the way he did, or sent her stomach into somersaults at the mere thought of him. Or been so far from her world.

Time stood still as he came closer. Suddenly his eyes collided with hers in recognition. She struggled for control and forced the shock from her expression.

She nodded, held mute at his sudden appearance.

“Are you just visiting, or have you moved back here?” His voice was deep and smooth.

“I came home six months ago.” She had to force the words past numb lips.

I’ve stayed close to the house. Our paths would seldom have crossed anyhow.

Thank you, Helen, for sharing your new book with us.

If you’re reading this on Google+, Feedblitz, Facebook, Linkedin, or Amazon, please come to the blog to leave your comment if you want to be included in the drawing. Here’s a link.
Http://lenanelsondooley.blogspot.com

Posted by Lena Nelson Dooley at 6:50 AM

Ozark Sweetheart sounds like a wonderful book. I can't wait to see what Trace comes up with to win his love. Keeping my fingers crossed!

I had a good time writing this book. It's my memorial to my mother.

Thank you, Lena, for the day.

What an amazing story this will be. It's been a while since I read a book set during the great depression.

Helen, my Mom doesn't like talking about her years growing up during the depression, either. And she has no interest in what we call antiques (unless it's a car!!!) life might hVe been good with lots of memories, but those always include people. Thanks for a chance to win!
Marianne
Arizona

I enjoy a good love story, especially about two people who don't seem to go together. Love to win your book. sharon, CA wileygreen1(at)yahoo(dot)com

This sounds like a great story! Plus, I live in the AR Ozarks, so I'm totally interested in any story set in our region. I'd love to win!

I would love to win this book.

love heartsong books thanks for the chance to win

I enjoyed Helen's delightful interview and would love to win a copy of OZARK SWEETHEART! Thank you for the opportunity!

Sounds like a great book to read!
Susan in NC
susanlulu@yahoo.com