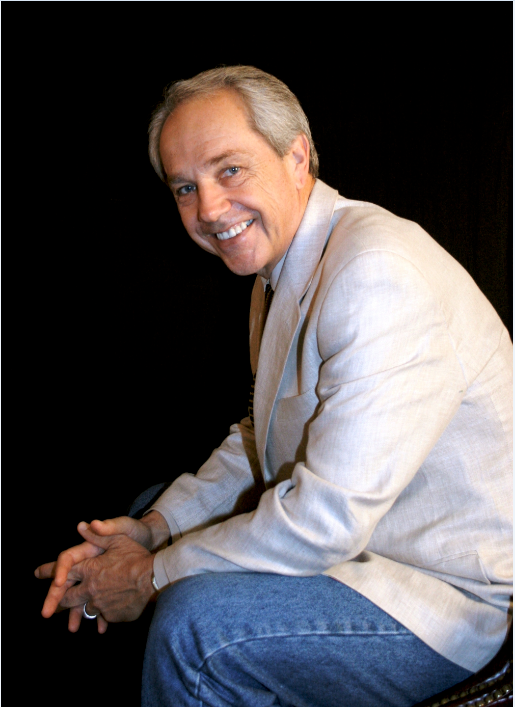 Welcome, Sammy. Tell us how much of yourself you write into your characters.
There’s probably a little of myself in each of my characters. Because I’m viewing life through my own world perspective, a little of me comes out in each of the characters. However, as much as possible, I attempt to write life situations through the eyes of others.

What is the quirkiest thing you have ever done?
I walked with six others across , pushing a wheelbarrow filled with Bibles. We passed out the Bibles and held rallies on university campuses in 1970.

When did you first discover that you were a writer?
I returned from traveling in in the mid 1980s and knew that what I had witnessed in the nation needed to be shared. I approached Moody Press with an idea about a book on what I had learned. They were open to the idea, and I wrote my first book, Fire in Your Heart. It did well, and I knew writing would be a part of my life and ministry.

Tell us the range of the kinds of books you enjoy reading.
With nonfiction, I read a lot of the classic books on Christian living. I enjoy the depth of writers during the 1800s and early 1900s. I, also, enjoy Jerry B. Jenkins and Brandilyn Collins writings in Christian fiction and have read their latest books. I am, also, a big John Grisham fan.

How do you keep your sanity in our run, run, run world?
I attempt to maintain a consistent time alone with God, reading His word and spending time in prayer each morning. I find that I am able to accomplish much more with less time if I’ve spent time with God.

How do you choose your characters’ names?
With my present novel, Twice a Slave, ninety percent of my characters were historical personalities. I had a pretty good handle on the times and the persons involved in the story. That made it fairly easy. I had a much more difficult time choosing names for the novel I’m presently writing. For it, I chose names that were uncommon but not completely unknown. I tried to find a name that fit the character’s personality.

What is the accomplishment that you are most proud of?
Speaking at the first outdoor stadium evangelistic event in after the Romanian Revolution.

If you were an animal, which one would you be, and why?
A lamb. I like the gentle character of the lamb.

What is your favorite food?
Crawfish étouffée.

What is the problem with writing that was your greatest roadblock, and how did you overcome it?
In Twice a Slave, there were several historical circumstances and events that didn’t make sense. However, I checked with experts in those areas and found that even though those events were unusual, they were explainable. It took a lot of digging to find the right experts who knew the answers to those difficult questions.

Twice a Slave is the story of a Cherokee slave, a forbidden romance, and tragedies that build faith. One man who is determined to find his purpose and discover his identity becomes a slave a second time and changes the course of history in . Joseph Willis is one of the most fascinating, yet unknown personalities in Evangelical history. He was born into slavery before the American Revolution, the son of a Cherokee mother and an English father who faced incredible difficulties. His story is timeless and inspires the modern heart to overcome insecurities, conquer prejudice between believers and insurmountable obstacles that unsettle the faithful. Even though Joseph's life was threatened because of his race and faith, he became the first Protestant to preach the gospel west of the . This is a novel based on the life of an unknown slave filled with drama, suspense, love, defeat, and ultimately triumph, an epic all can cheer for.

Please give us the first page of the book.
October 1, 1852
Outside
Paw told me not to worry when he and Maw climbed into the family wagon before dawn to head for Blanche to buy supplies. They were leaving me to help Grandpa get ready to speak at the big meetin’. “He’ll be all right, Polk,” Paw said. “We’ll be home in a couple of hours.”

Grandpa was real old, seriously old. Nobody knew exactly how old, because people like him didn’t know, but Paw said he was past ninety. It seemed like everybody expected Grandpa — church folks called him Father Willis — to die any minute. But Paw said they’d been saying that for twenty years. I just hoped it wouldn’t happen when it was only me at home.

A few minutes before Maw and Paw were s’posed to be back home, Rube, an old freed slave, rode up asking if Grandpa was ready to go to the meetin’.

I shook my head. “Paw told me he’d be awake before the rooster crowed, but he ain’t moved a muscle.”

Rube’s eyes grew wide. “Your Paw told me to git the other wagon ready so’s I could tote you and Father Willis to Evergreen behind them in the buckboard. You don’t think somethin’s a-happened to him?”

I shrugged.
“We gotta wake him! Right now. Your maw is gonna be mighty upset if he’s not ready to go when they get back.”

Rube and I hurried off to Grandpa’s bedroom and found him on his back, eyes closed, not moving, his face as gray and cold as the blade on Paw’s old knife. We tiptoed to Grandpa’s bed and bent over him, and Rube whispered, “Lord Jesus, have mercy.”

It took all the courage I could muster, but I leaned close to Grandpa’s face and lifted one of his eyelids with my trembling fingers. Fighting back tears, I said, “Yep, he’s dead.”

“What you doing, boy?” Grandpa bellowed, flinching at my touch.

I jumped so high I thought I would hit the ceiling. Rube screamed and fell on his back, and I landed on top of him, our arms and legs tangling as we just kept turnin’ over each other, slapping and kicking and hollering until Grandpa sat up and yelled, “Stop it!”

Thank you, Sammy, for sharing this new book with us. I know my readers well be as interested as I am in this story.

Readers, here are links to the book. By using one when you order, you help support this blog.
Twice a Slave - Christianbook.com
TWICE A SLAVE

Posted by Lena Nelson Dooley at 6:25 AM

Sounds like a interesting book! I live in MS! Shelia Hall

Great interviews, Lena! I would love to win/ read this book - many thanks! Mama Cat in Arizona

Thank you so much, Lena, for introducing Sammy! His book sounds amazing!
Amy C
VA

A new author for me, but it is a real interesting subject to me T would be nice to win, but I will be looking it up. Thank you. Judy Cooper in Louisiana1608.

Sammy is new to me. I am intrigued!

So many books, so little time! In Indiana.

So many books, so little time! In Indiana.

Thank you for sharing this interview. Sammy Tippit is a new author to me. This book sounds amazing. I loved the trailer it made me want to read it even more. Thank you for this chance to win a copy. ~ Blessings~ lisastifler(at)yahoo(dot)com

Hello everyone! I guess I'm the new guy on the block.:-) I hope you will enjoy the book. I discovered Joseph Willis through a strange set of circumstances and knew the story needed to be told. This is my first novel to write, but I have written 13 other non-fiction books. I think you will find the story of this Cherokee slave fascinating. Happy reading to all!

I love the book trailer and am excited to read this special story! Thank you for the opportunity to win a copy of TWICE A SLAVE!

What a fascinating story line.

This sounds like a book I would really like to read. I have Cherokee in my background (way back)and I am always interested in learning more about their history.
Susan in Texas

This is a new author for me, so I'd love to read this book. It sounds interesting. I love books like this!
Susan in NC
susanlulu@yahoo.com

susanlulu, much of the first part of the book takes place in North Carolina. You may already know the history of Lumberton, but the novel has some interesting information about its founder, John Willis, Joseph Willis' cousin and his important role in Joseph's life.

I have read Twice A Slave and highly recommend it! It is a fascinating read that is very well written. Sammy Tippit does a great job of bringing you into the time and life of Joseph Willis. I learned a lot about history and was equally inspired by this book. Thanks for the wonderful interview Lena!

This looks like a very good book.
Beth from Iowa