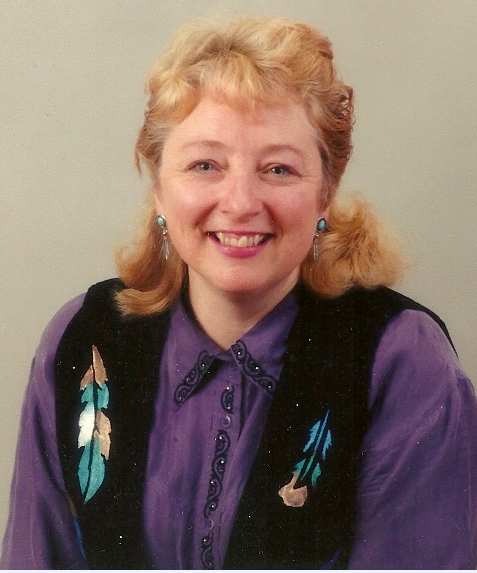 Welcome, Shirley. Tell us how much of yourself you write into your characters.
Not much—once I outline a story the characters begin to take on a life of their own. But I do frequently dole out characteristics (both physical and personality traits) that I’ve noticed in other people and bestow them upon my characters.

What is the quirkiest thing you have ever done?
Hmm, well, one of the most embarrassing was the time I went running across the moors in , pretending to be Cathy in Wuthering Heights, with my friend Debbie egging me on. So with arms outstretched, I dashed out across the heather shouting, “Heathcliff, Heathcliff!” An elderly Englishman, apparently out for walk, came up over the rise, replying, “Yes, luv, how can I help you?”
Was my face red!

When did you first discover that you were a writer?
When I was 12 and in the 7th grade. I’d just finished Little Women and idolized Jo March. I started a journal and filled it with stories. I made up my mind then to pursue writing as a career.

Tell us the range of the kinds of books you enjoy reading.
I am a voracious nonfiction reader, and I love reading memoirs by missionaries and other generally unknown or long-forgotten individuals, such as the travel journals of Isabella Bird and Mary Kingsley. I love Georgette Heyer (the inspiration for Prudence Pursued) and romantic suspense.

How do you keep your sanity in our run, run, run world?
My local Community Bible Study class is an enormous blessing to me. As part of the leaders’ council, I meet with my sisters on both Tuesdays and Thursdays. Those 6 hours a week keep me on an even keel.

How do you choose your characters’ names?
Sometimes I use a phone book from the location where the novel is set. Other times, I glean names from journals or biographies. Other times, I select a name that exemplifies the character I am writing about—such as Prudence.

What is the accomplishment that you are most proud of?
I raised two children who “fear the Lord” and walk in His ways. Not an easy task in any age and one we shouldn’t take for granted. And I’m thankful that they do.

What is your favorite food?
I love lemon anything—especially lemon meringue pie. I like dark chocolate covered lemon creams from Ethel M’s. Hmmm! I love green chile in most everything too.

What is the problem with writing that has been your greatest roadblock, and how did you overcome it?
Guilt has been a problem over the years, not the sort of guilt that leads one to lament, “I should be writing more often,” but the more deadly variety that I shouldn’t spend so much time writing—that I need to volunteer more or scrub the baseboards or organize the family photos in color-coordinated albums. 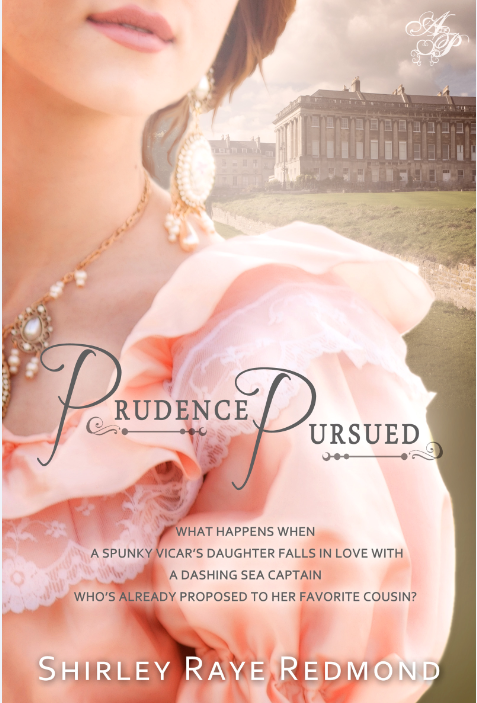 At the advanced age of twenty-seven, Prudence Pentyre is on the shelf. Content to occupy her time by attending meetings of Mr. Wilberforce’s Abolition Society, Prudence is resolved to see that her younger cousin Margaret, shy and plain, does not share her own unmarried fate.

Despite her best efforts, all of Prudence’s matchmaking attempts fail. Margaret proves reluctant to accept Sir James Brownell’s marriage proposal, and fears being “bovinised” if she undergoes the controversial cowpox vaccination he recommends. And the dashing baronet—with his sunburned skin, eye patch, and unfashionable attire—seems more concerned about the plight of headhunters in than Margaret’s stubborn refusal of his offer.

Prudence, on the other hand, finds herself unexpectedly smitten with the man. Can she trust that God’s plan for her life is richer and more rewarding than the one she had planned for herself?

Please give us the first page of the book.
“You should not wear that to the pox party,” Prudence Pentyre said, indicating her younger cousin’s dress of light green Italian silk. “I recommend something with short sleeves which allows you to expose your forearm to the lancet.”

Margaret shuddered. Her plain face, pale and lightly freckled, appeared downcast. “Oh, Pru, I wish I didn’t have to go.” She stood, slender shoulders drooping, in front of her open wardrobe.

“Truly, Meg, there’s nothing to worry about,” Prudence assured her, slipping a comforting arm around her cousin’s slim waist. “Papa had all of us vaccinated with the cow pox when we were still in the school room—and the servants too. I’m quite surprised my Uncle Giles didn’t do the same,” Prudence replied.

A glint of disapproval flashed in her soft brown eyes. Silently, she fumed. Uncle Giles had held too many old-fashioned notions. Such an old stick! He was dead now, having suffered an apoplexy two years ago. Her mother, if she knew of Prudence’s unspoken condemnation, would have reminded her not to speak ill of the dead. This dictate had never made sense to Prudence. Why were some of life’s most unsavory characters deemed to be saints after their deaths? Not that Uncle Giles was unsavory, but he had been shamefully old-fashioned.

“Look, Meg, there’s not even a scar.” Prudence held out a white arm for her cousin’s perusal. “Mr. Jenner’s procedure is almost painless and quite safe, much safer than buying the smallpox and enduring the dreaded disease.”

“Papa didn’t believe in it. He said it was God’s will some people should die of the small pox,” Margaret said, turning away from her to examine an array of dresses hanging in the wardrobe.

“God is not so cruel,” Prudence insisted.

“Some say the vaccination will cause one’s facial features to resemble those of a cow,” Margaret ventured, her forehead creasing with anxious wrinkles.

Prudence laughed. “Neither John or Patience have any cowlike features, and you can see for yourself I do not.” Slightly unsettled by her cousin’s close examination, Prudence shrugged.

“Yes, look at me, Meg! Do I resemble a cow? I can assure you I don’t have a cow tail hidden beneath my skirts either. None of us have bovinized, as you fear. I believe Mr. Jenner’s procedure to have been God-inspired. Truly. Papa has preached this same opinion from the pulpit. Mr. Jenner took notice how milkmaids and dairy farmers did not succumb to the deadly small pox plague when there was an outbreak in their village. It was because of their exposure to the harmless cowpox. It was an amazing observation which will benefit us all.”

Thank you, Shirley, for sharing your new book with us.

Readers, here’s a link to the book. By using it when you order, you help support this blog.
Prudence Pursued

Have never thought about people's reactions to the first uses of the smallpox vacine.

Thanks for the opportunity for a giveaway.

I am intrigued by this one! Thank you for the great interview and giveaway!

I remember getting my smallpox vaccination.
My mother saved the box the shields came in to put over the blister that formed on your arm.
Thanks for entering me in your giveaway.
Janet E.
von1janet(at)gmail(dot)com
Florida

I like how you pick names. That's a question I sometimes wonder. How do they come up with them? I would Never have imagined the Phone Book ! !
D Stevens from Nebraska

I also think that is neat how you pick names!!! And the cover - it looks so soft and gentle!!
Beth from IA

Indiana
Thanks for the giveaway!

So thankful for the advances in modern medicine, but I know anything new always brings a bit of skepticism!

So impressed with your book cover-love the pink and just partial view of the heroine. Nice. I also like that Prudence does matchmaking and finally falls in love herself when she least expects it. You are a new author to me. sm CA wileygreen1(at)yahoo(dot)com

Prudence sounds fabulous! Thanks for the chance to win a copy!
Kristen in OK
kam110476 at gmail dot com

Thanks so much for the giveaway!
Sydney Harries GA

Wisconsin jksfamily5@gmail.com
It was neat to read about this author - I have characters who love lemon.

Hi Shirley, I LOVE Georgette Heyer, too! (Fave would be Arabella...or The Grand Sophy...or The Nonesuch...)
I've always thought there should be more Christian-flavoured Regencies, so looking forward to the chance to read yours!
Carolyn, NSW, Australia
camillering at bigpond dot com

Nice interview and I loved hearing about your book. It sounds delightful!!

I've never read any of Shirley's books before. Thanks for the chance to win it.
Amanda T. from Michigan