"How many bullets have you taken out, Miss Langdon?”

“Yours was the fourth, or maybe the fifth.” She spoke in the same straightforward tone he’d already come to expect.

He stared at her. “That many?”

“Yes, and they weren’t all accidents.”
-The Nutcracker Bride (The Twelve Brides of Christmas) 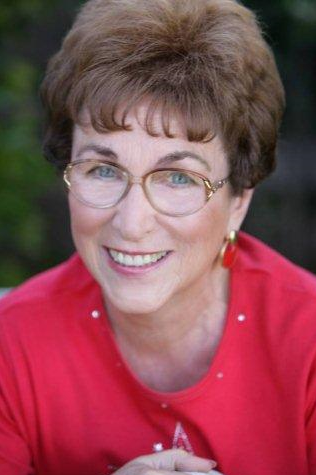 Bio: New York Times best-selling author Margaret Brownley has penned more than thirty novels. Her books have won numerous awards, including Readers' Choice and Award of Excellence. She's a former Romance Writers of American RITA® finalist and has written for a TV soap. She's currently working on a new series. Petticoat Detectives--the first book in her Undercover Ladies series—will be released in December. Not bad for someone who flunked eighth grade English. Just don't ask her to diagram a sentence.

How did you come up with the idea for this story?
Hi , thanks for letting me visit.
Actually, I have a small but impressive collection of nutcrackers which I display every Christmas. Tchaikovsky wrote a ballet about a nutcracker, so I figured why not write a short story about one? The heroine's grandfather carved nutcrackers, which the heroine uses to crack nuts for her bakery. Nutcrackers have a fascinating history, some of which I wove into my story.

I'd love to be at a party with these people. Many times, people (and other authors) think you have it made with so many books published. What is your most difficult problem with writing at this time in your career?
Good question. Staying fresh is one thing I worry about. After writing nearly forty books, it's challenging to come up with different ways to describe, say, blue eyes or even a kiss.

Also time management has become a major issue in recent years. Deadlines are now closer together, and writers are expected to keep a strong Internet presence. There just isn't enough time in the day. 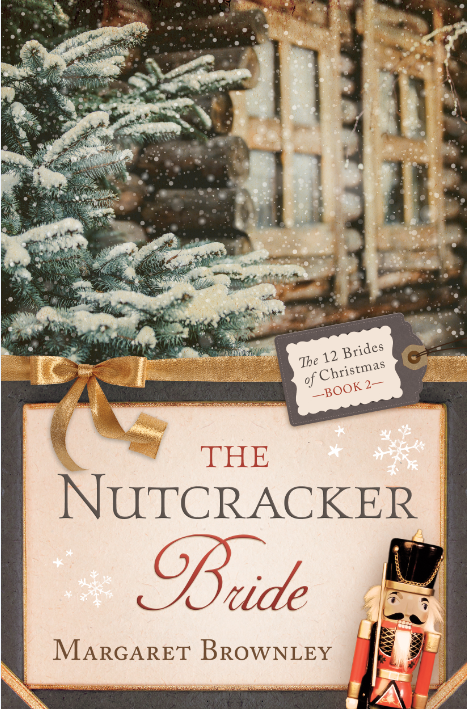 The story opens with Lucy Langdon gathering nuts. Suddenly, a handsome stranger on a black horse gallops by and yells, "Save that for me!"  She has no idea what he wants her to save, but when he later shows up at her house to claim it she accidently shoots him.

By the way, the story is available in eBook format or can be found in The Heartland Brides collection sold exclusively at Walmart.

Thunderous hoof beats broke the silence on that gray December day. Even the air crackled with urgency.

Lucy Langdon dumped a handful of hulled nuts into her bucket and looked up from beneath the walnut tree. Someone was in a big hurry. Such haste generally meant an emergency: a tornado, prairie fire, or locust invasion—a doctor needed. Or maybe Mr. Jones had been attacked by one of his chickens again.

She craned her neck, but the road curved around the Holbrook orchard, preventing her from seeing much beyond the bend.

Even her sorrel, hitched to the wagon, sensed something amiss. Ears pricked forward, she pawed the ground and whinnied.

“It’s all right, Penny,” Lucy called as she hastened to calm her skittish mare. As the pounding hooves moved closer, Penny tried pulling free from the traces. In the struggle to contain her horse, Lucy’s straw bonnet flew off.

A shiny black steed sprang into view and galloped at full speed toward her. The horseman reined in next to her wagon, his powerful mount rearing back on its hind legs and pawing the air. A flash of blue eyes and a handsome square face greeted her from beneath his wide-brimmed hat.

“Save that for me!” the stranger yelled, spinning his mount around in a tight circle beside the wagon.

Startled, she called back, “Save what?” But her question went unanswered, for already the man had raced away.

No sooner had he vanished than three more horsemen rode into view, their faces half-hidden by scarlet kerchiefs. A shiver of panic raced through her. Outlaws!

Lucy released Penny and grabbed her shotgun from the back of the wagon. Her rapid heartbeats all but drowned out the pounding of hooves as the desperadoes raced past.

Paying her no heed, the masked men headed in the direction of her house. Her first thought was for her grandfather. God, please don’t let them stop there!

She swooped up her bonnet and reached for the bucket, tossing both into the wagon. She would have to pay old man Holbrook later for the nuts.

Scrambling onto the driver’s seat, she grabbed the reins and released the brake. “Gid-up!” she shouted. Cracking her whip, she drove home helter-skelter, the wheels of her wagon kicking up dust in her wake.

Thank you, Margaret, for sharing this new book with us.

Posted by Lena Nelson Dooley at 1:00 AM

Lovely interview with Margaret. I look forward to reading all of the books in this series.
Lena, I hope you are feeling well and doing ok after your surgery. Take care,
Amy C
VA

Sounds like a nice premise for the story - something I'd enjoy reading.

OH MY GOODNESS! LOL! This sounds so good! You always get my interest up Margaret! :D

I do love Christmas reads!!!

I really enjoy Margaret Brownley's books. She writes fiction that is fun and lighthearted and always has a good message. Would love to have this one.

Loved the excerpt. This sounds like a really good book.
Susan in Texas

Margaret Brownley is one of my favorite authors! I always love her books. Thanks for the opportunity to win a copy.

Love her books! Hoping to win this one :)

Thank you for sharing. I am looking forward to reading The 12 Brides of Christmas. I live in Virginia. ~ Blessings ~

I'm so excited to read all of the 12 Brides of Christmas stories! Thanks for the chance to win a copy of The Nutcracker Bride!
Kristen in OK
kam110476 at gmail dot com

I always enjoy reading Margaret's books. I like her combination of humor and action, with a bit of romance thrown in as well. I'd love to win her book, The Nutcracker Bride.

I'm so excited about this collection of Christmas fiction. I need to get down to Walmart and see The Heartland Collection! I'd love to win your book! sm wileygreen1(at)yahoo(dot)com California

I got to preview a copy and it's wonderful, loved it :)
dkstevens from SE NEBR..

What a fun book to read during the Christmas season. Thanks for the chance to win it.
Amanda from Michigan

Margaret's books are always good and Christmas books are a favorite of mine.
Beth from IA

I live in Oregon.

Please enter me in the giveaway! Thanks!