A PROMISE OF GRACE - Lynette Sowell - One Free Book

Dear Readers, here’s another book from one of my author friends. 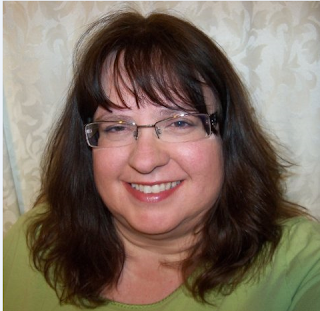 Welcome back, Lynette. As an author, I know it takes a lot of people to birth each book. Who were the people involved in the birthing of this book, and what were their contributions?
This third book sprang from the inspiration of the Amish-Mennonite community of Pinecraft in . Characters are a combination and melting pot of those I encountered in the village, and from my imagination.

If you had to completely start over in another place, where would you move, and why?
I would move to the coast, whether that be the New England coast near my family, or the , or to the Maryland-Virginia coast near where I grew up. I have always loved the ocean and find it's a special place, no matter what the weather.

If you could only tell aspiring novelists one thing, what would it be?
Finish that first book, and then think about writing another. I hear from quite a few people, “Oh, I'd love to write a book” or “I've started a book” but most of those people never finish.

You’ve been asked to be in charge of a celebrity cruise. Who would you ask to take part, and why? (AS in what program, singers, etc. [it doesn’t have to be writing related])
Wow, that's a tough question, because I really am not one to follow many celebrities, and I've never been on a cruise, either. :)  I would, however, have a chef or two that would be fun to cook with and learn from, and who would cook for us. Alton Brown would be one of those chefs. He'd be funny and interesting. For entertainment, the top billing would be for the a cappela vocal group Pentatonix, because I love a cappela music done well. Programs would be favorite book discussions, along with a costume party dressing as your favorite character. At ports of call, we would stop at some fun historical sites for day trips—Europe or the would be fun. 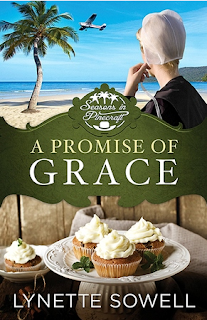 Tell us about the featured book.
A Promise of Grace is the third book in my series, Seasons In Pinecraft. It's set in the Amish-Mennonite community in the city of , . My heroine, Rochelle Keim, has been a minor character in the first two books and this time, she gets her chance to tell her story. She owns a housecleaning business and guards her ordered life. Then her first love, Silas Fry, moves to Pinecraft one year after the death of his wife. Silas has spent most of his adult years working as a missionary pilot in and traveling throughout and he feels a bit de-railed, as do his almost-grown son and young adult daughter. This third book has a few of the Amish characters from the first two books and rounds out the series.

I’ve been waiting for this book. I loved the first two. Please give us the first page of the book.
The minivan’s air conditioner gave one last puff of cold air not long after Silas Fry drove across the state line. Silas merely lowered the front windows without saying anything to the children.

How many more hours to ? Two? Three?

“I wish we were back in .” sighed and fanned herself where she sat in the front passenger seat. She leaned toward the open window. Her sigh sounded as if her world had suddenly crumbled. At nearly nineteen, she tended to see life in extremes. And Belinda had been the one adept at handling her moodiness.

“Me, too.” Matthew’s echo was born of always wanting to follow in ’s trail.

“I know you do, I know.” Silas forced his voice to come out around the lump in his throat. , his home. Their home. It would never be the same without Belinda. None of them would be.

Despite what Belinda had done long, long ago, he’d loved his wife to the end. The day a semi had plowed into the van in which she and some other ladies had been riding home from a quilt auction. None of those who died had suffered, the families were told.

Suffering was left for the rest of the families left behind, spouseless husbands, motherless children.

Silas filled his lungs with the fresh, humid air blowing into the van. “Your great-uncle said we’ll have plenty of time to go to the beach after supper tonight.”

The seashore. The ocean had been the one constant where they’d lived in Africa, not far from the coast in . And, one big reason he’d chosen to move them all to . In landlocked , the children had balked, and he even found himself feeling a bit constricted, his only refuge in the air, flying a Cessna.

Life with Belinda as their hub had fallen apart. Somehow, with God’s help, they’d find a way to put it back together again.

Someone had told him children were resilient.

He often needed to remind himself wasn’t a child anymore, her studies had ended long ago, and she was planning to continue her education, not to become a teacher like her mother, but a medical assistant. She’d already completed her high school equivalency certificate and planned to enroll in college in .

Matthew, not a child, either, all of fourteen and idolizing his older sister with her take-charge view of the world. They’d already discussed him finishing school in Pinecraft at the Mennonite school, after seeing where he compared to other students his age. He had a good eye for building and construction, as well as taking motors apart and putting them back together. Silas wasn’t sure where he’d come by his skill.

But Silas couldn’t help thinking of both of them as children. He’d been there from the beginning, when their first cries rang out. He’d seen them grow and thrive, through first words and first stumbles, through the first days of “I can do it myself.” Especially with , who seemed to have come from her mother’s womb sure of herself and the world.

I like the daughter’s name. J Where can we find you on the Internet?
I'm on Facebook at: facebook.com/lynettesowellauthor . My regular blog is at lynettesowell.blogspot.com. I'm on Twitter @LynetteSowell, and if you want to follow my favorite recipes and sometimes crafts, I'm on Pinterest as LynetteSowell.

Thanks for having me, !

Thank you, Lynette, for sharing this new book with us. I know I’m going to love it. So will my blog readers.

If you’re reading this on Goodreads, Google+, Feedblitz, Facebook, Twitter, Linkedin, or Amazon, please come to the blog to leave your comment if you want to be included in the drawing. Here’s a link:
Http://lenanelsondooley.blogspot.com
Posted by Lena Nelson Dooley at 7:21 AM

Email ThisBlogThis!Share to TwitterShare to FacebookShare to Pinterest
Labels: A Promise of Grace. Lynette Sowell

What a beautiful title! Thank you for sharing!

Oh yes, I NEED this book! Thank you for the chance to win a copy.

I've never had cupcakes on a beach. Now I must sit and dream about this :) Danielle in Indiana

I am looking forward to reading "A PROMISE OF GRACE - Lynette Sowell. Thank you for the opportunity to win.I enjoy reading your books.PA.

This book sounds so good - I live in Maumelle, AR. (Right across the bridge from LR) ��

Thanks for stopping by! I'm so glad you did. I hope this is a great beach read for book lovers. :)

This sounds like a wonderful story! Thank you so much for the chance to be a winner!!

I am looking forward to reading this book.I enjoyed this blog post.Thanks for sharing.Jackie Tessnair N.C.

This sounds like a series I need to catch up with.

The Pinecraft community in Sarasota, FL seems to be the location of several of the new Amish books and I think it's great. It's an area I enjoy. I like your book cover. sm wileygreen1(at)yahoo(dot)com

Would really love to read this book! Love Amish reading.
From Mississippi
houston(dot)patsy(at)gmail(dot)com

We are fans of Amish fiction here in our house in St. Cloud, FL. We would love to win this book.

I don't think I have read any of Lynette's books but this sounds very interesting.
Edward A (VA)

Enjoyed the interview. I am really looking forward to reading "A Promise Of
Grace". I live in VA. happygrammaof3@comcast.net

One of these days before I'm older and grayer I would love to visit Pinecraft, FL.
Thanks for entering me in your giveaway.
Janet E.
von1janet(at)gmail(dot)com
Florida

Amish fiction is my favorite to read. I love the Pinecraft setting and would love to read Rochelle and Silas story. Sounds like a great book for summer reading.
marypopmom (at) yahoo (dot) com
Maryann in NY

This is a can't miss author. I love her books and look forward to reading this one.

I find it interesting that it seems like a lot of authors are setting their novels in Pinecraft lately. My husband's grandparents had a "winter home" there for many years and whenever I see the name, I think of them. This book sounds great! Would love to read it!

Love reads by this author....thanks for the giveaway!