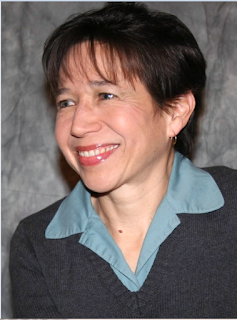 Welcome back, Ruth. Tell us about your salvation experience.
I was twenty-three and searching. After four years of college and some dead-end jobs, I had a sense of hopelessness in me. I had seen both my grandmother and great-aunt decline and eventually pass on. It showed me the futility of life if, after all the striving, we had to let go of everything and face death. What was the purpose of it all? Thankfully, both my mother and older brother had recently accepted Jesus, and they witnessed to me. At first I wanted to have nothing to do with this, but eventually, I did respond. I had a dramatic encounter with Jesus at the altar. For a detailed testimony, you can visit my website at http://ruthaxtell.com under “About Ruth,” then “My Christian Testimony.”

You’re planning a writing retreat where you can only have four other authors. Who would they be and why?
Laura Frantz and Sarah Sundin are two Christian of my favorite Christian authors. I think we might connect because their writing speaks to me. Also, Julie Lessman and Melanie Dickerson, because I also really love their stories, and we have met and connected!

What is the most embarrassing thing that has happened to you and how did you handle it?
When I was about sixteen, I “cold-called” a boy. We were in a church youth group together. I was very shy, and we had barely exchanged two words together. He must have wondered why I had called him out of the blue. When I saw him next, I acted as if nothing had happened, but I was mortified!

People are always telling me that they’d like to write a book someday. I’m sure they do to you, too. What would you tell someone who came up to you and said that?
I would tell them how much work it is and how difficult it is to make a living writing these days, since the Internet has so dramatically changed publishing. But if they still want to do it, then to do it for the love of it. 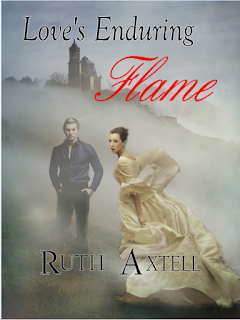 Love’s Enduring Flame is the first novel I ever wrote. It never found a home, because of its more “exotic” setting and time period (Warsaw, Poland in 1830). I loved War and Peace, so I found the idea of an uprising for independence in this Eastern European nation an intriguing setting for a love story. It is a very dramatic love story, which I originally wrote for a secular market. When I reread and edited it, I toned down a lot of the romance that might seem too sensual for a Christian audience, but some readers might find it too descriptive, although there is nothing graphic in it. If you like Julie Lessman’s writing, you will like Love’s EnduringFlame. There are a lot of sparks between the hero and heroine, because as one reader told me, they have great chemistry yet have lots of reason for conflict.

Please give us the first page of the book.
Countryside south of Lublin
August 1830
There is was again! That flash of blue through the trees.

Captain Casimir Zalenski stood at the edge of the forest, his eyes straining to see through the crowded stands of birch, beech, and oak trees in the waning light.

Ignoring the commotion in the road behind him, he kept his focus on the blue blur in the distance.

Someone was making a clean getaway.

Restless after a full day of monotonous travel, Casimir longed to mount back up on his gray stallion and give chase, but he kept his arms at his sides and his expression neutral as he returned his attention to the scene in the road.

The Russian prince, Orlovsky, had descended from his ornate carriage and was pacing before the crude road block while the coachmen worked to calm the anxious team of horses.

“Who is responsible for this?” Orlovsky slashed a pale hand toward the obstacle in the road, his words as sharp as shrapnel.

A freshly felled tree lay across the narrow dirt road in that forested stretch. Hidden within the tree’s branches, a length of rope stretched taut from one side of the road to the other, exactly at horses’ shoulder height.

“I don’t know, my lord.” Casimir resisted the urge to glance back into the woods for another glimpse of blue. Better the Russian not know what he’d seen. “Whoever it was is far from here by now.”

Orlovsky turned to the groom and coach driver. “See that this impediment is removed at once.”

As the men left the nervous horses to settle themselves and went to work to dismantle the barricade, Orlovsky stepped toward Casimir. “What do you think? Highwaymen? Or subversives?”

But he could guess. Highwaymen would have come forth by now to rob them. Whoever did this clearly had harassment in mind for this Russian nobleman. The “ ” it might be called, but this was , and the proud locals could not have been happy under present circumstances.

A Polish nobleman and his entire family had been exiled to . Count Orlovsky was taking over the estate. Casimir had been ordered to escort the man to his . A distasteful business. The sooner done with, the better.

To escape the count’s scrutiny, lest his disdain for this assignment show upon his face, Casimir paced to where the groom had severed the rope from the tree, and looked it over, running his fingers across the rough fibers.

He scanned the woods again but everything was still. He turned back to the road, unwilling to risk letting the Russian know he’d seen anything—anyone. If Casimir wanted to discover who’d laid the road block, it was to satisfy his own curiosity.

Interesting. I can’t wait to read it. How can readers find you on the Internet?
On my website: http://ruthaxtell.com or by Facebook: https://www.facebook.com/ruth.axtell1

Thank you, Ruth, for sharing this book with us. I know my blog readers will be interested in it.

Readers, here’s a link to the book. By using it when you order, you help support this blog.
Love's Enduring Flame

If you’re reading this on Goodreads, Google+, Feedblitz, Facebook, Twitter, Linkedin, or Amazon, please come to the blog to leave your comment if you want to be included in the drawing. Here’s a link:
Http://lenanelsondooley.blogspot.com
Posted by Lena Nelson Dooley at 7:00 AM

Thanks for stopping by, Caryl. My father had a cousin who spelled her name the way you do (Caryl). Is it a family name? Hope you enjoy Love's Rebellious Flame.

Unknown said...
This comment has been removed by the author.
12:44 PM

Ruth, I just finished reading Heart's Rebellion. I really enjoyed it. I saw your brother Frank and he filled me in. It has been 40 years and a lifetime ago.

I would LOVE to read this! I love something "exotic" and out of the ordinary. This sounds really great!
J.C. -Indiana-

The setting & time period are a plus as far as I am concerned. Loved the first page thank you.

Glad you readers like "exotic" settings. I LOVE different settings & historical time periods. I learn a lot about history through a good, well-researched historical romance.

Love the first page! Sounds like a great read! Thanks for the chance to win!

How interesting that this is the first book Ruth wrote! I have read and enjoyed a few of Ruth's earlier releases, but not some of her more recent ones.

Sounds like a great read. I enjoyed the interview, also.
happygrammaof3@comcast.net

Wow! This sounds great! Thank you so much for the interview!
Amy C
VA

I enjoyed this interview and I look forward to reading this story.
Connie from KY

I particularly enjoyed reading about Ruth's salvation experience. The book sounds quite exciting.
Edward A in VA