Dear Readers, when I started having my books turned into audio books, I thought that probably most readers who used audio books might be young people, because they could listen to them on their cell phones. Since then, I've discovered that all ages use them. They can be played on many electronic devices, and people use them when they exercise, when they do housework, and during many other activities. Anything you have that plays mp3 files will play the books.

So here are the books I have had made into audio books. They are available on Audible.com, Amazon, Kobo, and iTunes. 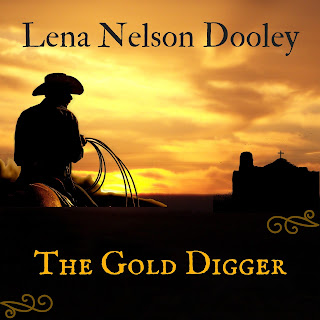 The first book I had turned into an audio book is my full-length novel, The Gold Digger.
It's 1890, and Golden, New Mexico, is a booming mining town where men far outnumber women. So when an old wealthy miner named Philip Smith finds himself in need of a nursemaid, he places an ad for a mail-order bride--despite the protests of his friend Jeremiah. Hoping to escape a perilous situation back East, young Madeleine Mercer answers the ad and arrives in town under a cloud of suspicion. But just as she begins to win over Philip--and Jeremiah himself--the secrets she left behind threaten to follow her to Golden . . . and tarnish her character beyond redemption.
http://www.audible.com/pd/Romance/The-Gold-Digger-Audiobook/B01J49189O/ref=a_search_c4_1_2_srImg?qid=1476395654&sr=1-2 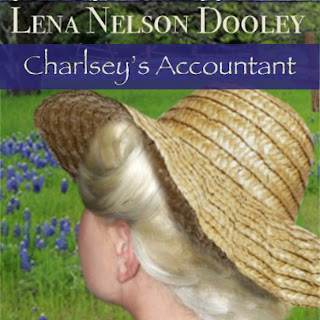 The second book I had turned into an audio book is a novella, Charlsey's Account.
Spur your faith and love of romance in this novella where passion hits the open range. Saddle up with Charlsey Ames as she shakes off the trail dust for a citified dandy.

Charlsey Ames is the son her father would never have - riding, roping, and working the ranch with the best of them. Horace Miller, III, an accountant from back East, is intrigued by the feminine Charlsey until he learns she dresses like man out on the range.
Can these two stop judging each other long enough to recognize the future God has planned for them?
http://www.audible.com/pd/Fiction/Charlseys-Accountant-Audiobook/B01KK6LMJQ/ref=a_search_c4_1_3_srTtl?qid=1476395654&sr=1-3 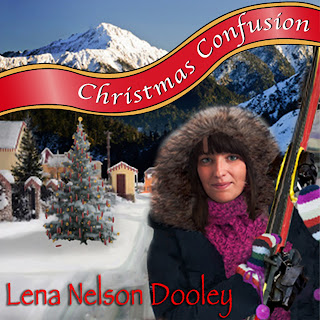 And the third book I had turned into an audio book is Christmas novella, Christmas Confusion.
Lori Compton, mayor of Mistletoe, needs ideas for ways to prop up the sagging economy. After having her heart broken by the former pastor, she doesn't want to spend time with the new pastor. Rev. Russell Brown has plenty of ideas, even one that includes his spending the rest of his life with the beautiful mayor. Will Lori be able to move beyond her hurts and recognize God's intentions for the future of the town - and for her own future?
http://www.audible.com/pd/Romance/Christmas-Confusion-Audiobook/B01M0OOB64/ref=a_search_c4_1_4_srTtl?qid=1476395654&sr=1-4 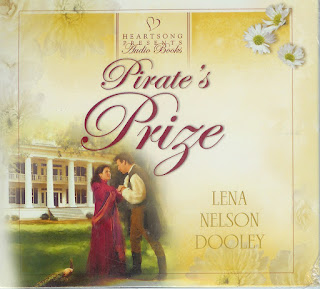 When you go to Audible.com and search for my books, you'll find one other novel, Pirate's Prize. I'm putting a link to the book, but I won't be giving away a free copy of that one. It was produced by the publisher.
One of your favorite inspirational romances, Pirate's Prize, is now available as a complete and unabridged audiobook. Angelina de la Fuente Delgado, the pampered daughter of a wealthy merchant, is on her way home from a trip to Spain when her ship is attacked by pirates. The brigands capture her and her aunt and steal all the merchandise on the ship. After forcing most of the crew to walk the plank, they sink the vessel into the Atlantic. Brian O'Doule, who is secretly in love with Angelina, is also kidnapped by the pirates. Driven by feelings of guilt for not preventing the disaster, he does everything in his power to protect the women and to find a way for them all to escape. Will Angelina ever see her home and her beloved father again? Or will she be forced to marry the fierce pirate captain, Etienne Badeau?
http://www.audible.com/pd/Romance/Pirates-Prize-Audiobook/B00HES3QT8/ref=a_search_c4_1_1_srTtl?qid=1476395654&sr=1-1

Comments conversation starter questions: Have you ever used an audio book? Do you have anyone on your Christmas list who would appreciate an audio book as a Christmas gift?

If you’re reading this on Goodreads, Google+, Feedblitz, Facebook, Twitter, Linkedin, or Amazon, please come to the blog to leave your comment if you want to be included in the drawing. Here’s a link:
Http://lenanelsondooley.blogspot.com
Posted by Lena Nelson Dooley at 3:19 PM

I live in TN. I have listened to audio books--when I worked on my last job and at home while I worked in the kitchen.

I have several audio books in my bookcase. I listen to them when we take long trips. It helps pass the time on our journey and we get 'reading' time in as well. I cannot read in a moving car as I get car sick so audio books work great for me!

Yes, I have listened to audio books and they are very popular to many of our library patrons who must drive a lot. I think that any of your books would be great Christmas gifts and I think Christmas Confusion would be a fun book! Thanks for your giveaway.
Connie from KY
cps1950(at)gmail(dot)com

I listen to audio books at home when cleaning. north platte nebraska.

Ablst Nlki, welcome to my blog. I don't think you've been on here before.

Cindy, Connie, and Kim. I love hearing where you listen to audio books.

When you click on the link with each audio book, you'll find a link on the page to listen to a sample from the book.

There are times when an audio book is preferable to a hand held one. I was excited these were available. Thanks for the giveaway.
Brenda in VA

Brenda and all, I plan to turn more of my books into audio books, so be on the lookout for them. I'll announce them here and on Facebook, Twitter, Linkedin, and Google+.

I always enjoy having an audio book in my car for when I travel! I would enjoy these.
Beth from IA