Peach Blossom Rancher, an historical romance by Brownell is free today through Nov. 24. Suspense, romance, humor, murder, insanity, hope, fun, wrapped in a Western you won’t forget. If you are reading this before November 25, you get a free ebook.
Get it here: http://amzn.to/2arRVgG 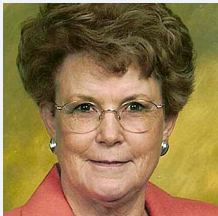 Welcome, . Tell us how much of yourself you write into your characters.
Well, I used some experiences I had in my youth, such as when a pig sucked my dress while I poured slop over the top of the fence. I held out my skirt and ran to the house while pig saliva strung down my legs. I took great pleasure in letting that happen to Edwina, a gal who thinks she’s in love with Peach Blossom Rancher’s leading man, John Parks. Edwina has a temper, and it shows. I think the sow sucked my dress because of the corn starch we used in those days.

Also a horse steps on the foot of Stuart, a kid just learning how to ride. That happened to me and my brother who usually helped me mount, etc., already had ridden away. I beat on that horse’s big belly and yelled, “Get off! Get off.” She wouldn’t budge until I had sense enough to reach down and lift her hoof.

What is the quirkiest thing you have ever done?
Letting my high heel shoe slip off the volume pedal of the organ while I played softly as the pastor spoke. The heel slipped, the shoe stuck, and the music was the loudest it could get before I told myself, “Take your hands off the keys, stupid.” My clunky shoe stuck in the pedal volume slot, and I had to kneel down and pull my shoe out.

When did you first discover that you were a writer?
When I went to work as a reporter for The Pueblo Chieftain. I’d read you aren’t a professional writer unless you make a living at it.

Tell us the range of the kinds of books you enjoy reading.
I love the Bible and inspirational non-fiction. Historical novels are my favorite fiction books.

How do you keep your sanity in our run, run, run world?
Reading inspirational novels where great characters honor the Lord or come to him, despite adversity, carries me to other places where problems are solved with the help of the Lord and grit. These books stimulate spiritual joy and peace.

How do you choose your characters’ names?
Sometimes I look up ethnic names for a certain era, but often match the name to the character.

What is the accomplishment that you are most proud of?
Raising five wonderful children and staying married to the man I’ve loved for 63 years.

If you were an animal, which one would you be, and why?
Maybe a poodle. I have curly hair, always run from here to there, and sometimes I bark.

What is your favorite food?
It depends on the day. I like variety.

What is the problem with writing that was your greatest roadblock, and how did you overcome it?
In one of my writing courses I took in my youth I was told 1,000 novels were rejected to each one sold to a traditional publisher. I didn’t like those odds, but later in life felt I had stories to tell and took the risk. 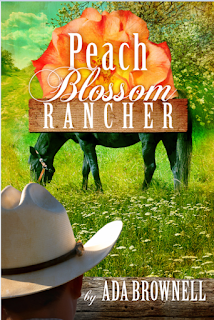 A handsome young man inherits a ranch in ruin and a brilliant doctor is confined to an insane asylum because of one seizure. Yet their lives intersect.

John Lincoln Parks yearns for a wife to help rebuild the ranch and eyes Valerie MacDougal, a young widow who homesteaded, but also is an attorney.

Will the doctor ever be released from the asylum? Will John marry Valerie or Edwina Jorgenson, the feisty rancher-neighbor he constantly fusses with? This neighbor has a Peeping Tom whose boot prints are like the person’s who dumped a body in John’s barn. Will John even marry, or be hanged for the murder?

As a reporter I covered the Colorado Mental Health Institute at , a former asylum, on my beat and I worked on a peach ranch for my aunt and they also had horses.

The sleek stallion pulled back, snorted, grunted, yanked his head upward, and tried to whirl away. John Lincoln Parks held the reins tight. “Come on. The judge isn’t here. The whip’s in your past.”

Bringing the animal all the way from ’s Eastern Slope after the judge’s death hadn’t been easy. The judge, John’s uncle, murdered near Yucca Blossom, would never return to the horse ranch and acres of peach orchards he expected to inherit from John’s father.

“He look like he a good ’un to breed.” Sweat glistened on Abe’s crinkled chocolate brow. “But an animal abused like ’im usually disobedient or loses his spirit.”

John rubbed the stallion’s neck and then extended a sugar cube in his hand. “I don’t want to give up on him yet. Come on, boy. We’re friends. You should be tired and hungry after your train trip.”

A long red tongue licked the sugar cube into the toothy mouth.

Abe followed John to the horse barn. “I’ll get ’im some oats and fill the water trough. He a right pretty animal except fa the welts the judge left on ’im.”

“If I’d stayed with the judge, my back would look like his. Where’s Polly? I hope she’s made chicken and noodles and apple pie.”

Thank you, Ada, for sharing this new book with us.

Readers, leave a comment to interact with the author. Please tell us where you live, at least the state or territory or country if outside North America. (Comments containing links may be subject to removal by blog owner.)

If you’re reading this on Goodreads, Google+, Feedblitz, Facebook, Twitter, Linkedin, or Amazon, please come to the blog to leave your comments Here’s a link:
Http://lenanelsondooley.blogspot.com
Posted by Lena Nelson Dooley at 9:23 AM

Ada, thank you for sharing this link to your free book.
Happy Thanksgiving to you and Lena!
Connie from KY
cps1950(at)gmail(dot)com

Thank you for your free gift, Ada. Happy Thanksgiving!

Thank you, Melanie, for taking the time to read the interview and the first page. Hope the interview gave you some smiles. May your Thanksgiving be filled with love, joy and peace.

Thanks for the link to your free book. I'm not a horse lover, but I am looking forward to reading it.
BJM in Upstate SC

The story is about interesting people and horses are only a small part. In fact the ranch is a peach and horse ranch. John beginning to restore the neglected orchards and rebuild the horse herd. But his life revolves around Abe and Polly, the black couple that worked for his parents because they provide the love, knowledge and inspiration he needs. But as in real life, other people insert themselves into his world--like Bellea Roberta who he finds in the barn loft in the throes of childbirth. The woman he hopes to marry moves to Boston, but they write and a neighbor female rancher, a spitfire who think she's in love with JOhn,constantly gives him grief. But there are more intriguing characters, some you'll love and others you'll hate. Hope you enjoy the book!

Happy Thanksgiving to you! God bless you and your family.

I like Rancher stories Ada. Been around many. Thanks Lena for hosting Ada. Hoping to win. Maxie from Texas.