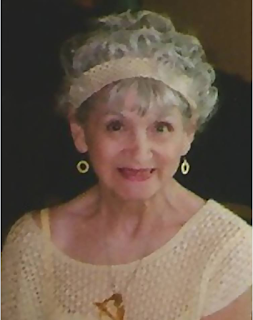 Welcome back, Katheryn. Why do you write the kind of books you do?
History is the story of everyday people who made it through their life—all the bumps and bruises, all the valleys and mountains, all the glories and sunshine and flowers—made a difference in each others’ lives. I love showing just what the everyday person can accomplish.

Besides when you came to know the Lord, what is the happiest day in your life?
The day I converted my first Muslim to Christ.

How has being published changed your life?
I had been writing for sixty years and putting my books away in a closet to collect dust.  My first book was published three years ago and I have written about thirty since then. It happened months after my husband died. I had so often wondered how widows adjust. I couldn’t imagine that kind of life. It seemed so lonely and purposeless. It has not turned out that way. Every morning I get up and write. And people tell me how much they get out of the books. One lady called me long distance wanting seven copies of my latest book to give her family.

What are you reading right now?
I just finished, The Story Equation by Susan May Warren. I love to get deep inside the heads and lives of my characters, and she opened up yet another way to do that.

What is your current work in progress?
Martyrdom. I just began my research on Stephen: The Martyr. It will be novel 7 of my series “Intrepid Men of God.”  Since beginning that series just a year ago, most of the books have remained in the top ten in their category on Amazon. My novels are all 400-550 pages.

What would be your dream vacation?
Go to , , and to see ancient cities. Maybe , too.  Not interested in seeing because it has been buried under the rubble of so many wars, the streets Jesus walked on are ten feet under the surface.

How do you choose your settings for each book?
I do a lot of research on what was going on in the world of the Persians or Arabs or Hittites or whoever my main character is and where he will be traveling to. I also research specific events. For example, when I wrote Lazarus: The Samaritan who owned a copper mine that collapsed, I read Fifty-Eight about the men in who were buried in a copper mine for fifty-eight days and what it was like for them. When I wrote Paul: The Unstoppable who had been in several ship wrecks, I read The Perfect Storm.

If you could spend an evening with one person who is currently alive, who would it be and why?
I would spend it with one of my Muslim converts in hiding in .  He has had to take him family and run for his life more than once. Such a courageous man. So courageous. So strong.

What are your hobbies, besides writing and reading?
I spend half a day every day teaching English over the internet using the Bible as a text book.  I have taught some 6,000 Muslims, mostly in the Middle East, and have become converts in hiding in , , , , , , , and . They are my heroes!

What is your most difficult writing obstacle, and how do you overcome it?
I don’t think I have any. When I sit down to write, it flows out and my fingers cannot keep up with my thoughts.

What advice would you give to a beginning author?
Write, write, write. Make sure your grammar is good and read a couple books on writing, then stop reading the how-to’s and start writing. You learn best by doing. 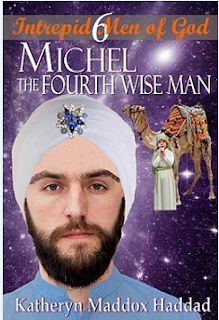 Michel, much like his Jewish ancestor, Daniel, is an advisor to King Phraattes of the Parthian Empire. He decides to buy the Garden of Eden where the Tigris and meet. It is now completely under water and the home of marsh people. He becomes the laughing stock of his friends.

He sacrifices everything to get it—his warrior father, his wife, and his estate. His dream is to replant the Garden of Eden and draw pagans on pilgrimage to it so they will learn about the one true God. Then perhaps God will walk the earth with them in the Garden as he had with Adam and Eve.

He is interrupted by a star that appears for awhile, then disappears. The other magi believe it is a sign a god was born. King Phraattes demands to know the meaning of the star, fearing it is an omen his kingdom will be taken from him.

Michel and his friends travel the world delving into the holy writings of world religions, trying to find the meaning of the star. How Michel hates this interruption.

After a year of searching, they end up in where Michel realizes God has already come and is walking on earth through the boy, Jesus. He goes into a tail spin. He has lost everything to buy . What can he do now?

Please give us the first page of the book.
1 ~ The Announcement
“You can’t just buy the Garden of Eden!”

“Why not?” Michel replies, looking out from the summer palace in at the .
Michel is seated on a marble bench and leaning back on the west balcony wall with his hands behind his head.

“Yes,” Mongol Yasib says, pulling on his wispy gray beard. “Tell us, Dushatra, just why he can’t buy the Garden of Eden.”

“It’s not logical,” Dushatra replies, double checking his own beard to make sure none of the curls have come out in the evening breeze.

“Ha, ha,” Indus Kumar interjects. “Since you, Dushatra, and I still have not found perfection so we can stop being reincarnated, perhaps re-establishing the Garden of Eden with all its perfection will help us on our way.”

“Kumar, don’t go trying to mix my religion with your strange Hinduism,” Dushatra says, standing and pointing his finger at Kumar. “Besides, we know nothing about this garden Michel’s Jews believe in.”

The three friends pause and look back at Michel who has said almost nothing since his announcement.

“You three don’t even believe in the Garden of Eden,” he finally says, still grinning, “so why should you care?”

“To be honest,” old Yasib says, often the spokesman of the old friends, “we hate to see you waste your money.”

“Yes, just how much is this, this garden going to cost?” Dushatra inquires, sitting back down.

“I don’t know yet. But I’ve got people down there trying to find the present owners.”

“Where did you say it is?” Kumar asks, double checking his finely coifed beard that even the king would be proud of.

“Well, it doesn’t really exist any more,” Michel says, leaning forward with his elbows on his knees. “But it was where the Tigris and meet.”

“Ha, ha! He wants to buy a garden that isn’t there,” Yasib announces.

Thank you, Katheryn, for sharing this book with us.

If you’re reading this on Goodreads, Google+, Feedblitz, Facebook, Twitter, Linkedin, or Amazon, please come to the blog to leave your comment if you want to be included in the drawing. Here’s a link:
Http://lenanelsondooley.blogspot.com
Posted by Lena Nelson Dooley at 10:34 AM

This sounds fascinating! I hope to read it soon and I appreciate this giveaway.
Merry Christmas!
Connie from KY
cps1950(at)gmail(dot)com

These books sound very interesting. Would love to win one. Maxie from Texas. > mac262@me.com <

Unknown said...
This comment has been removed by the author.
6:25 PM