OF STILLNESS AND STORM - Michéle Phoenix - A Book Giveaway on the Blog, Plus More

Bio: Born in to a Canadian father and an American mother, Michèle Phoenix is a consultant, writer, and speaker with a heart for Third Culture Kids. She taught for 20 years at () before launching her own advocacy venture under Global Outreach Mission. Michèle travels globally to consult and teach on topics related to this unique people group. She loves good conversations, mischievous students, Marvel movies, and paths to healing. 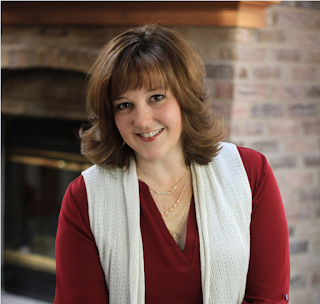 Welcome, Michèle. Tell us how much of yourself you write into your characters.
There’s always a sliver of me in the characters I write, due in part to my predilection for a first person point of view. It requires an authenticity that would be difficult to achieve without at least partial identification. Sometimes the similarities are biographical or experiential. Other times, they’re personality traits, belief systems, and personal quirks. I share a love of words and creature comforts with Lauren, from Of Stillness and Storms, and can identify with the intensity of her reconnection with a person from her past. Additionally, having worked in ministry for twenty-five years, I can relate to the exhilaration, frustration, and sense of purpose and duty that define such a role.

What is the quirkiest thing you have ever done?
When I was a high school play director, I decided that writing the yearly play would be a fun challenge—but I didn’t want the actors to know I was the author, so they’d approach the creative process without deference to my connection to the script. So I went to some trouble printing out the script in such a way that it would look like a professionally published, mainstream play by an obscure writer called Sheldon Byrd. I had to bite my tongue on several occasions, as my teenage thespians tore into the play, not realizing that their director was also the playwright. I let them in on the little secret on opening day, much to their consternation.

When did you first discover that you were a writer?
I joined an adult writer’s club called The Poets’ Corner when I was ten—the fact that my mother led it may have contributed to my early admission. My first documented poem was published in the year’s anthology and dealt rather gruesomely with a baby seal being bludgeoned to death. I blame growing up in and the fatalism of that culture on my early fascination with dark topics!

How do you keep your sanity in our run, run, run world?
I don’t! The pressures and demands of my ministry are constant. (I speak, write, consult, and travel globally to advocate for Missionaries’ Kids.) I battle guilt whenever I put time aside for reading something frivolous—even writing, when it isn’t related to my work. But I’m getting better at telling those inner voices that a well-rounded person makes a better missionary and that the occasional distraction is good for the soul.

How do you choose your characters’ names?
I’m not sure that I do. There are usually a couple characters in each of my novels that start out with one name but end up with another. Sometimes the name just doesn’t feel right after I’ve written a few pages, but more frequently, my instinct takes over my brain and I begin to type an alternate name, surprising myself with the change … and it’s usually exactly right. In Of Stillness and Storm, for instance, Jessica started out being Gemma. But when Patrick called her Jess during a bit of witty dialogue, I realized I had to make the change.

What is the accomplishment that you are most proud of?
Launching my work as a MK Advocate was a huge leap of faith. I’m so pleased to see it still growing and so blessed to be able to invest in something so intensely on my heart. But really, my most crucial accomplishment has been staying alive! I realize that has little to do with me and a whole lot to do with good medical care and God’s protection, but having gone through several life-threatening illnesses, I can only call the fact that I’m upright and breathing a monumental achievement.

If you were an animal, which one would you be, and why?
A cat. No question. They’re observers by nature, cautious, sometimes indulgent, playful when the impulse strikes and affectionate.

What is your favorite food?
I’ve always said I’d be a cheap date! (Paging all suitors…) Give me a burger, fries, and a peanut buster parfait and I’m a happy camper.

What is the problem with writing that was your greatest roadblock, and how did you overcome it?
I wrote my three previous books impulsively, when the first seed of a story popped into my mind. But my next book, The Space Between Words (September 2017), was part of a two-book deal, and trying to write under the gun, on a strict deadline, while juggling pressing, non-literary responsibilities nearly robbed the experience of its joy. I absolutely love the book now that I’m past that intense, I’ll-never-get-this-done-on-time phase! 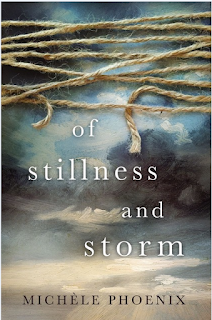 I’ll be honest. Of Stillness and Storm was a hard write. Its themes are weighty, and exploring their life-shaping layers was grueling (though redemptive) work. There is an introspective darkness to the story, but the characters carry light inside of them, too—it shines through the broken spaces they’ve both created and endured.

Telling the story of a marriage from the couple’s first meeting to their moment of reckoning was a daunting endeavor that sometimes felt overwhelming. But how I love Lauren for the intensity of her rebellion. How I love Ryan—his fragile beauty and reluctant hope. And Sullivan, a woman who was supposed to appear only briefly in the story, but whose irrepressible, indomitable spirit shouldered its way past my best laid plans. I love Sam too—his passion to serve others—but I deplore the myopic perspective that kept Lauren and Ryan’s wellness from his peripheral vision.

We humans are a messy lot. We get things wrong. We harm ourselves and others with the best of intentions. We misread God and blame Him for our mistakes. And yet He loves and guides without restraint. In part a cautionary tale, Of Stillness and Storm is also an ode to spirit-honesty and to a depth of healing that can only come from Him.

Book Blurb:
“I felt torn between two worlds. Each with its own mystery. One more captivating than the other, but the other more real and breathing.”

It took Lauren and her husband ten years to achieve their dream—reaching primitive tribes in remote regions of . But while Sam treks into the for weeks at a time, finding passion and purpose in his work among the needy, Lauren and Ryan stay behind, their daily reality more taxing than inspiring. For them, what started as a calling begins to feel like the family’s undoing.

At the peak of her isolation and disillusion, a friend from Lauren’s past enters her life again. But as her communication with Aidan intensifies, so does the tension of coping with the present while reengaging with the past. It’s thirteen-year-old Ryan who most keenly bears the brunt of her distraction.

Intimate and bold, Of Stillness and Storm weaves profound dilemmas into a tale of troubled love and honorable intentions gone awry.

Prologue
I hesitated at the gate, afraid that my mere presence would seem sacrilege to death’s inmates. This was a place of interrupted conversations, where lichen grew and strangled sculpted stone. Abbreviated eulogies etched like scars on granite graves denied death’s perpetuity. All words were mute here. Only the trills of hidden birds punctuated the dull hum of silence.

A polished stone reflected racing clouds and filtered sun. I knelt and traced the contour of his name.


A tale of troubled love and honorable intentions gone awry—don't miss Michèle Phoenix's new intimate and bold release, Of Stillness and Storm. It took Lauren and her husband ten years to achieve their dream—reaching primitive tribes in remote regions of Nepal. When a friend from Lauren’s past enters her life again, the tension of coping with the present while reengaging with the past might be too much. Will it be the family's undoing?

Take Michèle's new book with you on your winter vacation and enter to win her Bookworm On-the-Go Prize Pack (because you can't take a stack of books with you when you travel).

One grand prize winner will receive:
Enter today by clicking the icon below, but hurry! The giveaway ends on December 31. The winner will be announced January 3 on Michèle's blog.

Thank you, Michèle, for sharing this new book with us. I love stories about missionaries. My best friend is a missionary, and we visited her and her husband on their mission field several times before he went to be with the Lord.

- Amazon paperback
Of Stillness and Storm

- Kindle
Of Stillness and Storm - audiobook

Posted by Lena Nelson Dooley at 8:09 AM

Email ThisBlogThis!Share to TwitterShare to FacebookShare to Pinterest
Labels: Michele Phoenix, Of Stillness and Storm

I love Michele's writing and I m thrilled to read it soon! I m from Germany, near where Michele lived for a long period of time working with MKs :)

Connie Porter Saunders said...
This comment has been removed by the author.
5:20 AM

This sounds very intriguing! Thanks for sharing.
Connie from KY
cps1950(at)gmail(dot)com

I am from NW Montana.
Martha
martyomenko(at)yahoo(dot)com

I'm a TCK in the UK and would really like to read this book! Thanks for this blog post!

Sounds like a book I would enjoy!
Beth from IA