THE TIDE OF TIMES - C Kevin Thompson - One Free Book 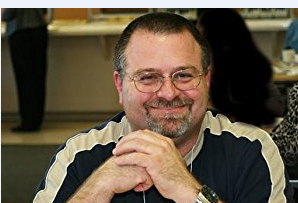 Welcome back, C Kevin. God has really been moving in your writing life. What do you see on the horizon?

Tell us a little about your family.
I’m married to Cindy, my wife of almost 37 years. We have three daughters. Two of them are married, and we have five grandchildren. We have a rescue dog named Tiny. We live in the house I grew up in, but we’re looking to move in the next couple of years. We’ve lived in twice, Western New York, , Missippi, , , and . We’ve never been west of I-35, but want to see the western half of the soon.

You were almost a neighbor when you were in . I live in . Has your writing changed your reading habits? If so, how?
Some. I read a great deal more research material than I used to. But that’s about it.

What are you working on right now?
I’m completing Book 4 of the Blake Meyer series, titled When the Clock Strikes Fourteen. Should be done any day now. Plans are for it to be available this fall. In my spare time, I’m writing a young adult series with the characters starting off in 6th grade. My writers critique group has told me that it’s the best stuff I’ve written so far. That’s a good sign.

Yes, it is. What outside interests do you have?
I play the drums and percussion, love college football, and like to spend time with family. When I want to relax, my Laz-y-boy and the remote are my friends.

How do you choose your settings for each book?
The settings are based on the storyline. So, I guess you could say the plot drives the setting. When I come up with a story, I spend some time examining where the best place for it to take place would be. Then, I take to Google Earth and scour the streets (if I can’t get there myself) to get to know the town/city. I also look at websites of local places within that town to get a feel for it.

If you could spend an evening with one historical person, who would it be and why?
William Shakespeare. He was light years ahead of his time. We still use so many of his writings, his themes, and writing methods today.

What is the one thing you wish you had known before you started writing novels?
That all publishers are not created equal. And even though some publishers have grand ideas, plans, and rhetoric, following through on those things are more important.

What new lessons is the Lord teaching you right now?
How to live on less. That all the bells and whistles of American Dream living is a wasteful way of living. For example, we dropped cable and use Roku and an HD antenna now. We get almost everything we had before, and it costs us about $150 a month less. The life of John Wesley has challenged me. He lived on three percent of his income and gave away the rest.

What are the three best things you can tell other authors to do to be successful?
First, write. Then, write more. Then, write even more. Most authors never publish their first work. Usually, their first published work is manuscript three or more. But you cannot get anything published if you never finish it. So, write. Second, become a student of the business because that is what you are becoming, a businessman or businesswoman. Writing is a business, more so than ever for the writer these days of being as much a marketer as you are a writer. Third, when you build your brand, be true to who you are. Make sure you can live with yourself when it becomes that business we talked about earlier.

My first novel was published, but my second never made it. Tell us about the featured book. 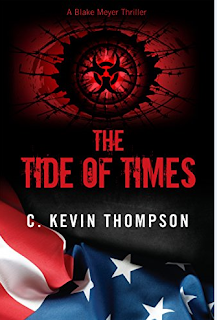 Here’s the Back Cover Copy:

A Perverse Tale. A Precarious Truth. A Personal Tribulation.
Supervisory Special Agent Blake Meyer is at an impasse. Bound and beaten in a dilapidated warehouse halfway around the world, Blake finds himself listening to an unbelievable story. Right and wrong warp into a despicable clash of ideologies. Life quickly becomes neither black nor white. Nor is it red, white, and blue any longer.

Every second brings the contagion's release closer, promising to drag the into the Dark Ages. Tens of millions could be dead within months.

Every moment adds miles and hours to the expanding gulf between him and his family. What is he to believe? Who is he to trust?

For in this tide of times, his most trusted allies must be condemned. His most feared enemies must be trusted. And those he loves must be found before the world’s generals cry “Havoc!” and let slip the dogs of war.

Please give us the first page of the book.
Highway 116
Greater Area
Supervisory Special Agent-in-Charge Julee Scarfano and SSA Williams raced toward from the west. Smoke spiraled into the sky like a barber’s pole. Scarfano listened in as an emergency helicopter circled the scene and relayed to first responders on the ground informa­tion from a bird’s eye view. Three local news station choppers hovered at a safe distance, forming a makeshift triangle of aerial observation and no doubt streamed the scene live to the world.

Julee’s eyes widened in horror. Oh, my. “It looks like a war zone.”

“Reminds me of my first combat mission when I was over in ,” Williams said. “That didn’t turn out so well.”

Julee turned and gave Williams a look of concern.

With their emergency lights embedded within the grill of the vehicle, flashing blue and red, Agent Williams slowed their black Ford Expedition as they approached the now severed bridge. A state trooper’s cruiser, parked at a forty-five degree angle, blocked the entrance to the crash site. The officer stood outside his car, holding out his left hand, motioning for them to stop.
Agent Williams rolled down his window and flipped the SUV into Park. He retrieved his credentials from his pocket. Julee did the same and held hers up.

“I’ll need to see some—” The trooper interrupted himself. “Oh, good. You’ve already got them out.”

Thank you, C Kevin, for sharing this new book with us. I am eager to read it. So are my readers by now.

Readers, here are links to the book.
The Tide of Times (the Blake Meyer Thriller series) (Volume 3)

If you’re reading this on Goodreads, Google+, Feedblitz, Facebook, Twitter, Linkedin, or Amazon, please come to the blog to leave your comment if you want to be included in the drawing. Here’s a link:
Http://lenanelsondooley.blogspot.com
Posted by Lena Nelson Dooley at 11:45 AM

Email ThisBlogThis!Share to TwitterShare to FacebookShare to Pinterest
Labels: C Kevin Thompson, The Tide of Times

Shelia, Thanks for stopping by! I think you'd like the series. Wishing you the best!

Shelia, we used to live in MS. In Jackson area. I went to seminary there.

The premise of the book sounds fascinating and scary. I'd love to read it. Here's is hoping I can be the winner.

I'm from the middle of North Carolina but grew up on the wonderful coast of this great state.

I am intrigued by this one. Melanie Backus, TX

Vera, thanks for stopping by. NC is beautiful. Used to vacation up there as a kid in the Western side of the state.

Melanie, thanks for throwing your hat in the ring. Where in TX? We lived in Ft. Worth area for six months when I was in seminary.

Thanks for sharing about this intriguing book!
Blessings!
Connie from Kentucky
cps1950(at)gmail(dot)com

Thanks for stopping by, Connie from Kentucky!

Thanks for stopping by, Sharon! Good luck!