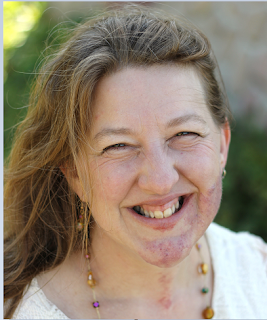 Bio: After more than two decades in the South, Shannon McNear now makes her home on the windy northern plains with her husband, four of their eight children, two German Shepherds, four cats, several chickens, and a noisy flock of guinea fowl. She serves in worship and youth ministry and has been writing novel-length fiction since age 15. Her first novella, Defending Truth, from A Pioneer Christmas Collection, was a 2014 RITA® nominee. When not sewing, researching, or leaking story from her fingertips, she enjoys being outdoors, basking in the beauty of the Dakota prairies.

Welcome, Shannon. How did this collection come about?
Carrie Fancett Pagels, the founder of the Colonial Quills blog, has dreamed for years of doing an all-colonial collection for Barbour. Two years ago, she organized several of us who are contributors to that blog and we submitted the proposal June 2016. Not until May 10 of last year (a year ago today as I write this!) were we offered a contract on it.

I’m in a group that Carrie put together in 2015. We were contracted in 2017. Are these stories connected in some way?
Besides all being set in colonial-era America, and all based around the theme of a “backcountry bride,” the strong women who helped make our country what it was, no. (Backcountry being the period-correct term for the regions along the frontier … not exactly backwoods, but close.)

How does your story fit in with the others?
Mine is set November-December 1781, just after the surrender of the British at Yorktown, showing how the war did not end easily in various parts of the colonies. Others are set against the backdrop of the French and Indian War, or during the Revolution, and after.

Who chose the setting for this collection?
See my answer above—Carrie. We each chose our individual times and settings, though.

What did you want the reader to take away from your story?
That God can reach down into any situation, no matter how hopeless, and change both the situation, and us. That the risk of putting our lives on the line for the sake of doing the right thing is always worth it, even when we think there’s no chance of making a difference.

Readers want to get to know the authors they read. Can you tell us three things my readers probably don’t know about you?
Hmmm … one, I started college but never completed a degree. Barely finished my third semester with an undiagnosed case of mono, intended to take off the next semester and come back, but met and married my husband instead. (Who started at the same college but also never finished.)

Two, the only language I’ve ever taken formally is New Testament Greek. Two semesters in college. The pastoral majors, for whom the class was required, were really annoyed by the presence of this girl who took it just for fun …

Three (and notice a theme here? LOL), I attended college with DCTalk. I didn’t know then who Toby McKeehan was, but Mike Tait sang often in chapel and was one of my favorites. Later, when my husband and I moved back so he could attend classes, I worked with a girl who knew Toby and had gotten a 2-song demo tape from him … we wore that thing out. J Incidentally that was when DCTalk was just Toby and Mike. Afterward they added Kevin, and when their first album showed up in the campus bookstore, I was right there to buy it. It’s been amazing to follow their career all these years and see how God has honored their desire to maintain integrity in near-impossible circumstances. (The music industry is just brutal, even on the Christian side.) And even now, they’re among my favorite artists. 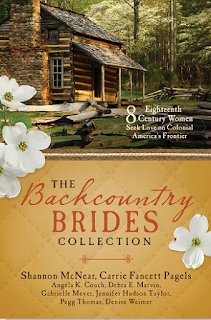 Please give us the first page of your story.
Charlotte Town, North Carolina, mid-November 1781
“Do these people even know they’ve lost the war?”

Tucked in a corner of the tavern where the babble of conversation was not quite louder than his own thoughts, Jedidiah Wheeler dropped the much-folded paper on the tabletop and stared at it with distaste. “And why can’t we leave this rascal to Sumter and Marion?”

Harrison leaned on one elbow, dark gaze intent. “We need someone on the inside. Someone he doesn’t know yet. Someone he could possibly trust. Doesn’t have to be for long.”

Jed chewed the inside of his cheek, thinking. “A man would have to have a death wish to accept this appointment.”

A smirk twisted the other man’s mouth. “I’ve heard of your exploits over the past five years. One could say that description fits you.”

’Twas true he’d little enough to lose. An occupation that became useless with the tide of war sweeping the colonies for the past five years and more. A mother and then a father who succumbed to age and illness during that time.

A sweetheart who spurned him for another, despite her avowed admiration for his service in the militia. And fine by him. He’d always welcomed the adventure that went along with riding first with the local militia and later with the Continental Regulars.

“I’d like to live long enough to return to riding the Great Road up to Philly,” he groused.

“Besides,” Harrison went on, “no one lives forever. And this rapscallion and his band must be stopped. Could you sleep at night if you didn’t at least make the attempt?”

“Mm. Next you’ll be singing about king and country.”

Harrison gave a silent laugh that disappeared under a wave of uncharacteristic sternness. “Outright slaughter, Jed. And after they’d surrendered. For the sake of all that’s true and holy.”
Where can my readers find you on the Internet?
shannonmcnear.com
Facebook
Pinterest
Goodreads
Twitter
Colonial Quills

Thank you for sharing this collection with us. My blog readers love reading the Barbour collections.

If you’re reading this on Goodreads, Google+, Feedblitz, Facebook, Twitter, Linkedin, or Amazon, please come to the blog to leave your comment if you want to be included in the drawing. Here’s a link:
Http://lenanelsondooley.blogspot.com
Posted by Lena Nelson Dooley at 9:12 AM

Thank you so much for hosting me, Lena! <3

I love historical fiction, particularly from this era!

This sounds like a book of good historical fiction. I like the selection that was listed. Vivian Furbay of C)

Can't wait to read this!
Abigail in VA

Thank you for all the information on "BACK COUNTRY BRIDES" and author Shannon McNear. I've wanted to read the book since I first read about it and always love learning more about the person behind the story.

Thank you for the opportunity to win a copy of this amazing book.
Kay Garrett from Mountain View, AR
2clowns at arkansas dot net

BACK COUNTRY BRIDES by Shannon McNear sounds like a wonderful book. Thank you for the opportunity to win. PA.Have a good week.

Love when authors get together to write stories for a book. Lincoln Nebraska

Sounds like a must-read book. Shannon, I especially appreciate your hope that readers' will take-away the fact "the risk of putting our lives on the line for the sake of doing the right thing is always worth it."

Shannon, thank you for giving us an insights on the great collection! Blessings <3
Natalya Lakhno from CA

I can't wait to read this collection! They are always such fun.
Anne ~ VA

Sounds like a great novella collection. I love these books from Barbour.
Mindy from NJ

Thanks for this chance to know Shannon a little better. This is a great giveaway because Barbour Collections are always enjoyable books.
Blessings!
Connie from KY
cps1950(at)gmail(dot)com

Looking forward to this book so much!
Elly -Indiana- 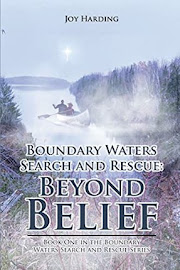