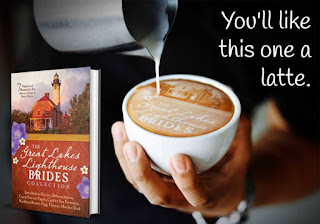 Here’s the blurb for my book: 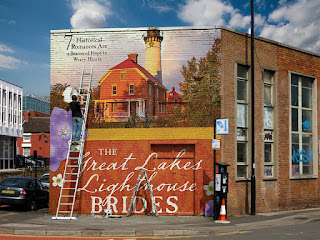 Here’s a peek at the first page:
1902,
Early Summer
Defeated.

The word drummed through Norma Kimbell’s head as she gazed out at the pine forest rushing by the window in a blur. Riding the train always felt as if life were passing her by without noticing her. Despondency clung to her weighing her down like the heavy woolen robe, packed in her trunk in the baggage car, did in the long winter months. Sometimes they went for days without seeing even a peek of the sun.

That’s what she needed right now, to know the sun was shining on her. But how could she believe it? She had failed at the only thing she ever wanted to do with her life. Papa had encouraged her to follow her heart.

After Papa died, she’d spent several years living at the Whitefish Point lighthouse station with her uncle and aunt. Because of her inheritance, she’d been able to pursue her dreams. Dreams of being a doctor. She knew it would be hard, but some medical schools accepted a woman or two, and she’d enrolled.

When she graduated at the top of her class, Uncle Charles contacted a friend, who was a doctor in a needy area of . He’d agreed she could be a part of his practice. After all, he’d needed all the help he could get. But now she was returning to Whitefish Point a complete failure. 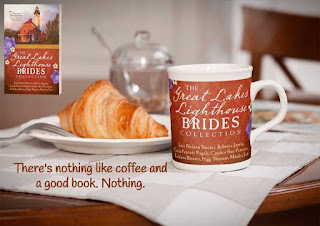 Have you ever been to any of the ? If so, which one(s)? Did you enjoy visiting there? 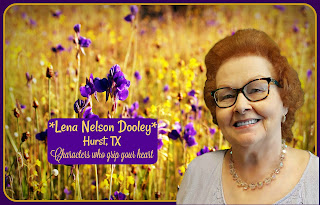 Have you ever been in a lighthouse? If so, tell us about it.

I would really love for you to follow my author page on Book Bub. All my new books will be announced through Book Bub when they release. 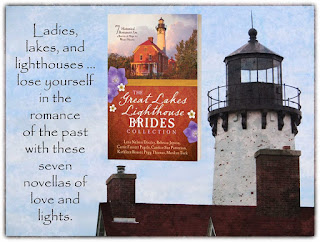 Here’s the scene where the heroine first became aware of the hero:

Norma was up bright and early to board the packet boat that would take her to Shelldrake. With any luck, she’d arrive in enough time to get a freight wagon or farmer to take her the rest of the way home. She didn’t want to leave her luggage unguarded at the coastal town. She didn’t know anyone there, and the area had plenty of poor people. She’d seen enough in to know that desperate people would sometimes resort to stealing to get enough food to feed their families.

As she sat on the edge of one of her two trunks, she noticed a man pacing on deck. With his hands clasped tight behind him, worry wrinkled his brow, and his eyes scanned across the water as if trying to see what was on shore. Then he turned his attention to the open water side of the packet.

She liked watching people and trying to figure out what was going on with them. This man was an easy read. He had to be really concerned about something important. She hoped he wasn’t carrying as heavy a burden as she was. Her life was a mess, and her bright future had dimmed. She tried in vain to put together an explanation for Uncle Charles that would keep him from knowing how hurt she was.

Even though she wouldn’t please her uncle, she looked forward to feeling her aunt’s warm hug. Auntie never seemed disappointed with Norma, no matter what happened. Her aunt was the closest thing to a mother Norma had these last few years. Her hugs felt almost as strong as those her mother had given her when she was younger. The memories filled her eyes with tears.

Norma glanced up when the pacing man stopped beside the ship’s railing in front of her. She could tell from the way he stood with his feet wide apart and his arms folded across his chest that he wasn’t aware of her nestled in the shadow of the captain’s cabin, where the cold breeze off the lake didn’t reach.

From her vantage point, she watched him without him seeing her. By the clothes he wore, he must be a man of business. He turned his face straight into the strong breeze that gave his cheeks a ruddy hue. With his hands clenched tight, his muscles rippled, straining against the confines of premium wool.

His eyes seemed to take in everything outside the boat, but not what was on deck behind him. A fine specimen of a man, with muscles bulging against the stretched fabric of his clothing.

Norma tore her gaze away from him before someone else on the boat noticed how closely she studied him. For a moment, she whispered a prayer for the man and his problems. Those words pushed her wayward thoughts from her mind.

As always with our blog posts, there will be a free book for one winner .

Readers, here is a link to the book.
https://www.amazon.com/Great-Lakes-Lighthouse-Brides-Collection-ebook/dp/B07D8GNHBF/

If you’re reading this on Goodreads, Feedblitz, Facebook, Twitter, Linkedin, or Amazon, please come to the blog to leave your comment if you want to be included in the drawing. Here’s a link:
Http://lenanelsondooley.blogspot.com
Posted by Lena Nelson Dooley at 1:00 AM

Not only have I been to a great lake, I've been in four of them: Erie, Huron, Michigan, and Superior. I've also been to Whitefish Point, and the Shipwreck Museum there. We toured the keeper's house, but I don't remember climbing the lighthouse there. That honor went to the Tybee Island light, near Savannah, GA. I need to get one of those Great Lakes lighthouse passports. I know I've seen nearly a dozen! Love the more surrounding them!!!
Pam in OH

The Great Lakes Lighthouse Brides novella collection sounds wonderful. Have a good week.PA. Thank you for the opportunity to win.

THE GREAT LAKES LIGHTHOUSE BRIDES SOUNDS LIKE A GREAT BOOK PLEASE ENTER ME FOR THIS GIVEAWAY THANK YOU SARAH TAYLOR WATERLOO, OHIO! SARAHTAYLOR601973(at)YAHOO(dot)COM

THE GREAT LAKES LIGHTHOUSE BRIDES SOUNDS LIKE A GREAT BOOK PLEASE ENTER ME FOR THIS GIVEAWAY THANK YOU SARAH TAYLOR WATERLOO, OHIO! SARAHTAYLOR601973(at)YAHOO(dot)COM

Sorry to take so long to answer your comments. My husband has had a serious skin cancer removed from behind his left ear. Our days have been crazy. so glad you're interested in the book.

So sorry to hear about your husband. Hope he has a complete and speedy recovery.
Melanie Backus, Texas