Welcome back, Janet. God has really been moving in your writing life. What do you see on the horizon? 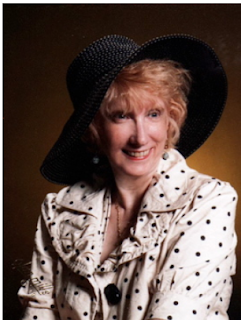 God really has worked in my life this last year. I fell down the stairs March 21, 2019, so this made it difficult to write after my surgery and during my recuperation. My eyes would shut while I was typing my story on the computer. I wondered how this book, the second in the Bonnets and Beaus series, The Librarian’s Secret, would turn out with my disorientation. However, I believe this is my best work and instead of the usual February release, The Librarian’s Secret, was successfully released in e-book June 6, 2020, and paperback May 14.

What I see on the horizon is in August the third in this series being created. I would like to have the story’s completion by early January with editing in February and the hope of a release in early March. This may have to be changed. I will play it by ear. The Lord guided me through last year, and He will do the same with this next book.

He’s so good about doing that. Tell us a little about your family.
I have four sons. The two oldest have children of their own, thus I have six grandchildren – two boys and four girls.

I also have two younger sons, starting with Brad, the oldest. He is autistic and does not speak. He is potty trained and as a young man lives with us. We are grateful for him since he gives us a reason to get up in the morning and brings us such sweet joy. My youngest son, Andrew, also is autistic. However, he is high functioning and talks. He no longer lives with us because during his early twenties he started hitting and has been in a group home since 2009. But we see him twice a week – Tuesday evenings are fast-food Tuesdays and Sundays are for home-cooked meals. He determines what we cook and bring to his group home. Andrew loves, what he calls, fun scaries. These are Halloween toys, making spooky sounds. But Andrew also is quite literate on the Bible, he knows the biblical stories, and he can recite all the books of the Bible.

If you would like to read personal accounts about my two autistic sons, purchase my book, Seasons of the Soul, which won Best Collection of Inspirational Personal Devotion from Christianstoryteller.com in 2007. Visit my Web site www.JanetSyasNitsick.com for e-book and paperback links.

Has your writing changed your reading habits? If so, how?
Not really. I like both nonfiction (as a former journalist, I also enjoy some of these type of books) and fiction stories. However, I do not like horror, fantasy, or science fiction.

What are you working on right now?
I’m not working on anything at the moment. Since my recent May (paperback) and June (e-book) releases, I’ve taken some time off, but as earlier stated, I plan to return to writing in August.

What outside interests do you have?
I love to sing and have sung several solos and am a member of my church’s choir. Several years ago, I formed a group called, Circle of Friends. This includes new and old friends – some include old grade school and high school friends. We meet once a month at a restaurant of our choice and talk, laugh and have so much fun. I also love to shop, but that’s not happening as much after my fall and this virus; however, I hope to do more of this in the coming months.

I’ve had to do more online shopping during the pandemic. How do you choose your settings for each book?
My stories are set in , and they are places I either lived in or visited.

If you could spend an evening with one historical person, who would it be and why?
Betsy Ross, the maker of ’s first flag, because she was an apprentice upholsterer, which was unusual, I would think, for women at that time to do. Although George Washington provided her a rough design of the flag, she tweaked it with a five point star instead of ’s six point one.  In addition, she went to a school for Quaker children. During this time period, men often thought educating women was a waste of time since women were relegated to taking care of children and domestic tasks. Thus I would like to interview her and get her take on the culture of the time and her tenacity.

What is the one thing you wish you had known before you started writing novels?
That story writing involves a lot more than writing. It includes promotion, such as newsletters, blogs, and reminding past customers of your new work and more.

What new lessons is the Lord teaching you right now?
He is teaching me to be patient. As an author, you hope each of your books will make the bestseller list. However, the Lord has taught me to not look at what the world defines as success, but those repeat readers who love my work.

That’s so true. What are the three best things you can tell other authors to do to be successful?
You must have a good product. This includes having a great plot; a well-written story; an outstanding editor; a good cover, which depicts elements of the story without being busy; a good description that draws readers’ interest, and a reasonable selling price. 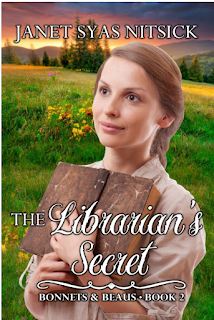 Tell us about the featured book.
I believe The Librarian’s Secret is my best work. Right from the beginning, readers are pulled into the secret set up at the very beginning with the entrance of a mysterious man carrying his diary to place it in the library. “… My confession is written in this journal.”

The new librarian’s mysterious past meets preacher son hunting for deceased father’s journal, which is hidden in that library and contains his pa’s secret.

Please give us the first page of the book.
Winter 1890
The small door creaked open. The white-haired librarian turned to the noise. With the snowflakes falling in heavy drops, she expected no patron would come this late to browse the library’s shelves. She stood up from her wobbly desk to assist whoever braced this blistery-cold day to check out a book.

The footsteps shuffled on the uneven hewn floors as the person maneuvered forward around the tall racks of books. By the lumbering steps, she assumed it was a male. She glimpsed at the approaching figure dressed in an ankle-length midnight-black cloak. Covered by a hood, he proceeded forward before he stood in front of her. She gulped and forced a smile. “May – may I help you?”
He cleared his throat. “I’ve been hiding a secret, and my confession is written in this journal.”
“Are you sure you want the library to have this? Wouldn’t you be better telling a priest?” She wet her lips. “Or, directly asking our Lord for forgiveness?”
“No! I’ve already done that. But I can’t —”
“Can’t what?”
“Tell my family. I don’t have long now, and since I’m unable to find the courage to do so, I want you to keep it.”

“But sir, how would it being housed in this establishment reveal your truth?”

Thank you, Janet, for sharing this new book with my blog readers and me. Your first page makes me eager to read it.

Readers, here are links to the book.
The Librarian's Secret (Bonnets and Beaus)

If you’re reading this on Goodreads, Feedblitz, Facebook, Twitter, Linkedin, or Amazon, please come to the blog to leave your comment if you want to be included in the drawing. Here’s a link:
Http://lenanelsondooley.blogspot.com
Posted by Lena Nelson Dooley at 12:56 PM

Thanks so much Lena Nelson Dooley for highlighting me and my recent release, The Librarian's Secret. The Lord's blessings to you.

So intriguing! Thanks for sharing.

This sounds intriguing, and so close to where I live!! Thank you for the chance to win a copy.

What a beautiful cover! I would love to read this book and I thank you for the opportunity.
Melanie Backus, TX

Would love to read. Thank you for sharing. Blessings from WV.

I'm happy you, Robin in North Carolina and Wendy Newcomb of Nebraska, find The Librarian's Secret intriguing because it is. The plot keeps you wanting to turn pages to find out the secret and the heroine's mysterious past. I love the cover, too, Melanie Backus and thanks for wanting to read this book, Lucy Reynolds. Wish everyone the best in winning a copy of The Librarian's Secret. God bless.

I want to find out what the secret is!
Beth from IA

So you'll have to read it to find out, Beth from IA. I wonder where in Iowa you live because I live in Nebraska. Nancy Payette, I love hats. It's my trademark. What I need is more fall hats. I only have one. Good luck Beth and Nancy. God bless.

As a retired librarian, I love the title and the premise of this book!
Connie from Kentucky
cps1950(at)gmail(dot)com

Connie Porter Saunders: I can see why this book would appeal to you. Smile. Smile. God bless.

I can't wait to read this story!
Alma from Lexington, KY

Sounds like such a great book SARAH T. OHIO