Christmas Is My Favorite Holiday Season

I have a special Christmas story I want to share with you:

The Christmas Child of 1864

Each hesitant footstep sounded a hollow drumbeat in the nearly empty house. Marion wandered from room to room mourning more than the loss of her parents. Yes, this Christmas would be lonely without Mother and Father, but she’d had almost a year to get used to them being gone. Last winter, when the influenza raged through the countryside robbing numerous families of members, Marion questioned why God allowed her to live while He took her lovely mother. Marion couldn’t be sorry that her father had also succumbed to the dreaded disease. Since he came home from the fighting without either of his legs, he had been only a shell of the man who marched valiantly to the war confident that the South would quickly win.

How long could a war really last? It had been three long agonizing years. Years that had stolen more than the young manhood of the South. Years that slowly leached the wealth as well. That was what Marion was mourning this clear, sunny, cold December day. The loss of so many of the family possessions.

As she entered the music room, her gaze flew to the corner where the ebony piano had reigned as the monarch. How she missed sitting on the stool and running her fingers up and down the ivory keys releasing the notes held captive there–music that lilted through the air and comforted her whatever her distress. But the piano had been the first piece of furniture to go, and for such a small sum. Mother had been so distressed, but the meager funds carried them through almost a month while Father fought the demons of pain and the other agonies he brought home with him.

Then other treasured family heirlooms had followed the piano–the rosewood desk her grandfather built for her grandmother as a wedding present, the elegant sideboard with the stained glass doors, the china her great grandparents brought as newlyweds from England. As a third son of a nobleman, her great grandfather had left his ancestral home to make a life in America. And he had done well. This plantation was a tribute to his determination to be his own man. It had sustained a growing family–and a growing family of slaves.

What a pity Father had gone to war.  He didn’t believe in slavery, but he did believe in something he called “state’s rights.” Soon after he and Mother had married, they freed all the slaves—and even educated them. Because of this, most of the Negroes had stayed on, and the plantation continued to prosper.

Then Father had gone off to war. That’s when everything changed. Many of the freed Negroes moved to the North, leaving Mother with fewer and fewer people to help run the plantation. Every year had become harder and harder.

When Father returned in such bad shape, Mother lost heart. She spent all her time trying to make him comfortable, trying to restore his self-confidence.

Marion had to run the plantation without them. With the help of Daisy and Joshua, the two remaining Negroes, Marion had done what she could. Still Mother had to start selling off the treasures. And then Marion’s two dearest treasures had died within a week of each other.

“Miss Marion,” Daisy’s warm molasses voice called from the parlor.  “Where are you, Miss Marion?”

Marion retraced her steps to the warmest room in the house, the only one where they burned a fire in the daytime.

“What is it, Daisy?”  Marion looked across the large space toward the fireplace.

Daisy sat before the blazing fire, peeling wrinkled sweet potatoes. Even the parlor had been stripped of all but a few pieces of furniture. Three chairs sat in front of the fireplace, with a small round table beside one of them. So little in such a large room which had once been crowded.

“I think someone’s comin’ up from the road.”

Marion looked out one of the front windows, peeking from behind the drapes, kept closed against the cold. She didn’t see anything, but she detected the faint sound of hoofbeats on the packed dirt of the drive.

“Who could it be? I hope it’s not any Union soldiers.”

“Lawsy, Miss Marion, surely not.” Fear caused Daisy to revert to her old way of speaking. She quickly gathered up all she was working on and went to the cookhouse looking for Joshua.

Marion watched as a ramshackle wagon drawn by two scrawny mules came into view. It was one of the squatters who had settled on a burned-out and abandoned plantation a few miles away. He was driving slowly and looking at a lump in the back of the wagon as much as he looked at the drive ahead. Marion wondered what the pile of quilts covered. She watched as the man carefully stopped the wagon. He sat and stared at the house before he climbed down.

Marion was wary as he climbed the steps and knocked on the door. Thankfully, Joshua was there to answer the almost timid summons. It gave her a chance to scan the surroundings for signs of enemy soldiers.

“Miss Marion.” Joshua stood at the door to the parlor. “This man and his wife need help.”

“I don’t think so. His wife is about to have a baby, and he doesn’t know what to do.”

Marion trembled. She had been sixteen and protected when her father went off to war. In the three years since, she’d had to take control of the plantation–what was left of it. She had learned responsibility the hard way, but she didn’t know anything about childbirth.

“Daisy was a right good midwife in her day. She could help if it’s all right with you, Miss Marion.”

How could Marion turn them away? She knew there wasn’t anyone else close by who could help them. Besides, this was Christmas Eve. Maybe having a baby born here would make it seem more like Christmas.

“You help the man bring her in. I’ll go get Daisy.”

Marion wasn’t sure how the men got the poor woman inside the house, but she and Daisy found her on a pallet in front of the fireplace in the parlor. The woman’s husband was crouching beside her holding her hand as she moaned and writhed. When the two women entered, he looked relieved and stood, turning toward them.

“I’ll help your black man put the horse and wagon away.” He seemed eager to leave the room.

While Daisy examined the woman and made her pallet more comfortable, Marion heard the men reenter the house. Then she heard muffled voices in the hall.

Daisy sent Marion to the cookhouse to set water on to boil. She also asked Marion to get some of the older linens and tear them in various sizes to prepare for the birth.

Agitated, the man paced the large entrance hall. Joshua was trying to sooth him when Marion first walked by them. Then when she returned to the linen closet, she could hear every word of their conversation.

“You don’t seem like an excited new father to me.” Joshua sounded almost condemning, which wasn’t typical of the gentle man.

“How can I be excited? It’s not my baby.” The man spat out the words as if he couldn’t stand their tasted the bitterness.

“You did say she’s your wife.” Joshua’s statement sounded like a question.

“Was she carrying another man’s child when you married?” Joshua’s tone had softened.

“No.” The man paused, then continued. “Some soldiers came by right after we built our shanty. I couldn’t tell which side they were on. Maybe they were renegades. They took everything they could, and then they.  .  . ”

“I understand. But why do you think the child is from that?”

Marion’s heart broke for the man—and for the woman who labored in the parlor. She peeked around the door in time to see Joshua gently place his large hand on the man’s shoulder.

“But you were together as man and wife before it happened. It could be your child.”

Joshua bowed his grizzled head and murmured too low for Marion to hear, but she knew he was praying with the man. They stayed that way for a long time, and she didn’t want to interrupt. She glanced at her sewing basket sitting on the shelf of the linen closet. With her scissors, she began cutting a sheet, all the time murmuring a prayer for the couple.

“Are you a God-fearing man?” Joshua’s question startled Marion.

“Well, I’m sure Joseph must have felt the way you do, at first, when Mary told him about carrying the Christ Child, but he was the father the Boy needed. And this child needs you for a father.”

Just then a tiny cry was heard from the parlor followed by Daisy’s exclamation, “It’s a boy!”

This truly is a special Christmas, Marion thought as she rushed to take the cloths to the mother and Christmas boy.

I hope you live where you can experience Christmas celebrations with your local church. If not, here's another Christmas gift.

Email ThisBlogThis!Share to TwitterShare to FacebookShare to Pinterest
Labels: Christmas Is My Favorite Holiday Season

Merry Christmas! May the holiday bring you joy, laughter, love, family and many memory making moments as we remember the real reason for the season.

Thank you, Kay. Our family always remembers the reason for the season. I hope you clicked on the link for our church's Candlelight and Carols service.

Thanks for this beautiful story. Merry Christmas!
Connie from Kentucky
cps1950(st)gmail(dot)com 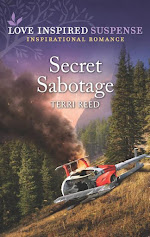