I'm happy to introduce you to Christy Award Finalist, Angela Benson. This interview is part of a blog tour. You'll find a schedule of the other stops on the tour at the bottom of the interview. Feel free to visit all of them to get a larger perspective of Angela and her talent. 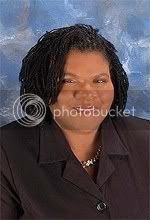 My life experience shows up in every book I write. It’s there in the characters’ emotions, not necessarily their actions. I make an effort though to make sure that my characters aren’t me. They have their own identity. While I understand their motivation for doing and saying the things they do, those actions and thoughts are theirs, not mine. As a new author, I often asked the question: What would I do or say in this situation? Now I ask the question: What would this character do or say?

My mom called it crazy, but I guess it’ll fit as quirky. I’d say the quirkiest decision I ever made was deciding to quit my day job after seeing my first book in bookstores. I waited until three years later after I had five book on the shelves and contracts with two publishers before I did it, but I did quit my day job and much too early. I say it was too early because as soon I quit, I changed genres, to writing Christian fiction. My last romance was published in 1997. My first Christian romance was published in 2000. That’s a long-time for a self-supporting writing to be without a book and a new advance. The good news is that now I have a day job I love and a fulfilling writing career.

Ms. Milazo’s sixth grade writing class. We wrote short stories each week and read them aloud to the class. My classmates loved my stories and always clapped after I finished reading them, which made me feel really good about myself and what I’d written. The story that made me the all-time class favorite was, “My Interview with the Jackson Five.” This was a pretty special story for me, since I had a very strong crush on Jermaine Jackson at the time. That was more than 30 years ago.

I read widely, but if you’ll look across my bookshelf what you’ll see most is women’s fiction, stories centered around women living life to the fullest, or trying to. I make an effort to read new authors. My last read was Guilty of Love, Pat Simmons’ debut Christian romance. It was a great read and I look forward to more work from her.

I think sanity is over-rated. Honestly, I don’t have an answer for this question. I do think the key to living a happy and contented life is having the ability to recognize what’s most important at any given time. When I was younger, everything seemed equally important so I felt the tug to do more, be more, get more. As I’ve grown older, it’s become easier for me to sort through the noise to get to what’s important.

Very wise counsel. How do you choose your characters’ names?

There is no method to my madness when it comes to character names. For example, the twin sisters in The Amen Sisters initially had the surname Thompson. Their surname changed to Amen after my publisher came up with the great title.

I know what you mean. If you were an animal, which one would you be, and why?

Turtle. Slow but sure.

My mom’s macaroni and cheese.

Mmmm, sounds yummy. What is the problem with writing that was your greatest roadblock, and how did you overcome it?

Writing romance fiction with African-American characters before those stories gained the interest of mainstream publishers. Fortunately, I finished my first book around the time that Kensington Books began Pinnacle Arabesque, their line of romances featuring African-American characters. My first five books found a home there. Since then, African-American romance has joined the mainstream. In 1997, I published two romances with Silhouette Special Education, followed by two Christian romances with Tyndale House in 2000 and 2001. The Amen Sisters (2005/2007) was published through a joint publishing venture between Walk Worthy Press and Warner Books (now Grand Central Publishing). My next book, Up Pops the Devil, will be published by HarperCollins in September 2008.

Keep writing. I have a stack of revision letters from publishing houses and agents. Every time I’d get a rejection, I’d sent out another proposal or query letter. Remember, “the race doesn’t go to the swiftest, but to him who endures to the end.” 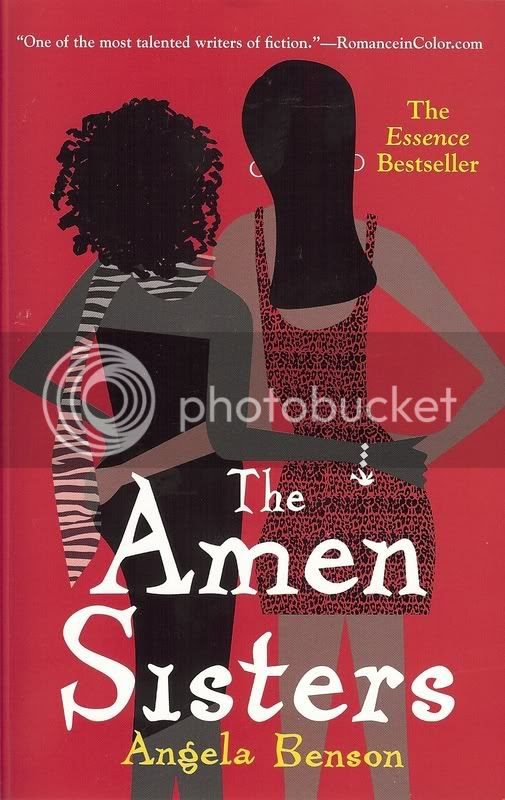 Angela, what would you like to tell us about the featured book?

The Amen Sisters is a story of recovery from an abusive church situation. The main character, Francine Amen, left her home and her family to follow a ministry that she believed was doing the work of God, only to find that the pastor and the church had secrets that would lead to the death of one of her closest friends. In her recovery, Francine has to return home and mend fences with her sister, Dawn (who’s now married to Francine’s ex-fiancé), the church family she left behind, and the family of her dead friend. Francine finds the world she left behind in a bit of turmoil and she can’t help but blame herself for some of the problems. As she tries to make things right in the present, she finds she must first make peace with what happened in the past.

While the story deals with the sensational topic of sexual predators in the church, I didn't want to write a story that focused on the bad acts of some preacher. I wanted to write a story that honored those who were, and are, preyed upon. So The Amen Sisters does not take the reader into the bad acts of pastors and ministry leaders; it shows the far-reaching impact of those acts on the parishioners who sit in the pews and the struggle those parishioners face as to recover from the blow.

You can reach my blog and website on the web at www.angelabenson.com and www.theamensisters.com

Angela, thank you for spending this time with us.

Readers, you'll want to visit all the sites on the blog tour.

You can see that there is a Giveaway day on the blog tour. In addition to whatever they're giving away at that time, we'll also give away a free copy of Angela's book on this blog. Be sure and leave a comment for a chance to win that book.

If you don't want to miss any of the interviews or giveaways on this blog, sign up for FeedBlitz in the right hand column under my profile.
Posted by Lena Nelson Dooley at 9:06 PM

A great interview and some wonderful advice. Thanks for hosting Angela today. And Angela, best of luck with the rest of your tour.

Angela said her book describes: "it shows the far-reaching impact of those acts on the parishioners who sit in the pews and the struggle those parishioners face as to recover from the blow". Anyone's actions in the assembly can affect the rest. I'd love a chance to win this book and get insights on this topic through another's eyes.

Angela sounds like a wonderful lady. Please count me in on the giveaway!

count me in please :)

Loved the interview. This sounds like an interesting book to read. I'd love to win it.

Great interview and this is such a terrific book.

don't count me in as I have this one.

A pox on sanity! What writer needs sanity, honestly?

Fantastic interview. Thank you for sharing this with me.

Count me in pretty please. Thanks! :)

Lena, thanks so much for hosting me today. I apologize for joining the discussion so late in the day. I'm having Internet connection problems that you wouldn't believe.

Pamela J, I totally agree with your perspective. All of our actions have far-reaching impact, even if we don't always see that impact.

Ladies, I hope you're all winners. I just had a contest on my site where I was supposed to give away 2 gift certificates and 10 books. I gave away 3 gc's and 13 books. I wish I had books to give to all the entrants.

Cat and abi, I had fun with the interview. Glad you enjoyed it.

Laura, I've linked to your review on my site. Sites again for the kind words.

Have a great day, ladies! I do hope you enjoy The Amen Sisters. Drop me a line after you have a chance to read it. I'd love to hear your thoughts.

Happy Holidays! A wonderful interview with an interesting lady! Please count me in this drawing. Thanks,Cindi
jchoppes[at]hotmail[dot]com

What a fantastic interview! I'm definitely going to be looking for these books! Thanks for sharing!

windycindy and christis, I'm glad you enjoyed the interview. It's nice meeting you.

Thanks for a great day, Lena. Your blog visitors were great!

Sounds like a great book and an important topic - I would love to win this book.

great interview- i'd like to read this book. please enter me.

This one is making me curious.